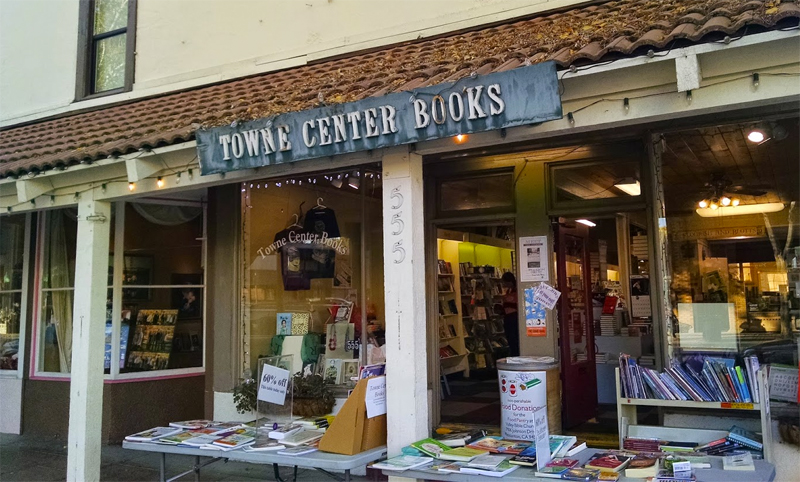 Working in a bookstore is the ultimate liberal education

Towne Center Books, which occupies a former French laundry, was founded by Kevin and Yvonne Greenlee in 1993. In 1998, the story was purchased by Judy Wheeler, a long-time Pleasanton resident who is active in the Pleasanton Downtown Marketing and Downtown Vitality Committees and a member of the Civic Arts Commission. The Towne Center Books team believes believe that a bookstore is the center of the community–the place where ideas are formed and exchanged.

Judy Wheeler (owner): I like fiction and children’s picture books.

Genevieve Fuller (manager): I don’t have a favorite section so much as a passion for a well-curated backlist.

Judy: I would add a dedicated event area and small storage area.

Genevieve: A few years ago, Pleasanton’s only used bookstore closed. If we had more space, it would be nice to be able to fill that vacuum for our customers because the most voracious readers tend to acquire their books in a variety of ways—new, used, borrowed, etc…

Judy: Well, we have the best customers in the world so it’s easy to give friendly, stellar service.

Anne: Gift wrapping with beautiful papers and ribbons. For many customers, we’re the go-to spot for a last minute gift because they know we offer this service.

Genevieve: This is a hard question because making qualitative distinctions between independent bookstores is kind of like making qualitative distinctions between books: an ultimately useless exercise. But I’m surprised Judy didn’t mention: we host a monthly series called Read-It-and-Eat where we cook food taken inspired by the setting of the book. There might be a reading, but it’s very informal, sort of a roundtable discussion between the author and the attendees. It’s hard to say who has a better time—the author or the attendees. It’s so popular among authors. Our sales reps forward us gushing e-mails, and sometimes an author will tell us, “Oh, yes [such-and-such author] told me about your lunches…” So, I guess we cook better than any other bookstore! 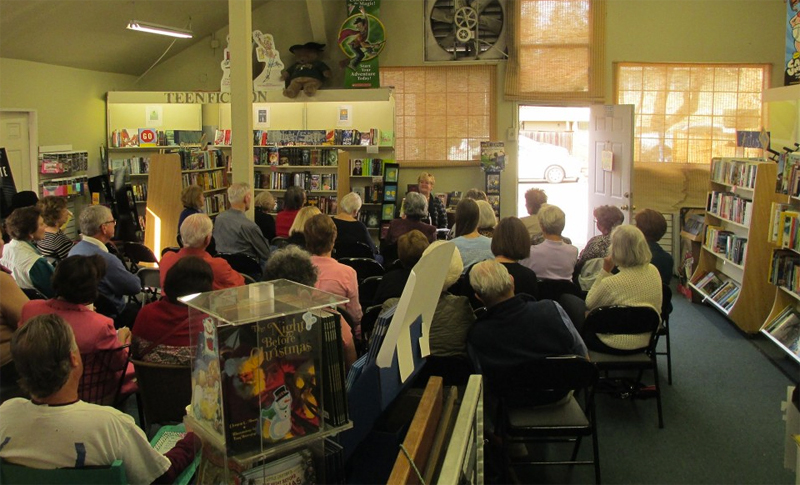 Judy: Are you asking us to choose among our children?

Anne: A young boy who received a $250 giftcard as a prize from Dav Pilkey. When he comes in, he always picks out one book for himself and one for his little brother.”

Genevieve: For Independent Bookstore Day, we put together a window display of regulars—a photo  next to their favorite book. It was so much fun! (Especially because we had to order in a lot of backlist…) And there was one 10-year-old girl, Theresa (whose favorite book is The Last Dogs), who was so floored by being singled out in this way, I thought she would faint. She is so sweet. She reads our store e-mails and shows up to help out when we have a storytime for younger kids.”

Judy: One night, a customer left his keys on the counter. Another grabbed them off the counter before we could stop him and ran after the wrong person shouting, “Your keys! Ma’am! Your keys!” And the woman, bizarrely, took them! It was a little dicey when the man who’s left the keys returned to find they’d been given away.

Nancy: The Dav Pilkey visit in October. He purchased and gave away seven $1,000 Towne Center Books gift cards—one to each of the participating schools with the caveat that they be spent on fun books. He also gave away several gift cards of varying denominations to children who attended the in-store event. Nobody could believe it.

Genevieve: One day I was at the store by myself and a young man came in, browsed for a minute, then brought a book by, I think, Jennifer Weiner up to the counter and asked if we had a bathroom and could I hold onto his book for him while he used it. Yes and yes. A half-hour later, he was still in the bathroom. So I’m like, as quietly as possible checking the handle, lurking, wondering if I should call the paramedics (but he’d looked so healthy!) When I finally heard the door opening, I kind of ran and hid? I don’t know why. So, he breezes past me shirtless, book entirely forgotten, and tells me ‘Life is beautiful,’ as he goes out the front door. Which, yes, no argument there! Anyway, I looked in the bathroom and the dumpster and the bushes around the store and I never found his shirt. Maybe it was a dare and he had an accomplice. 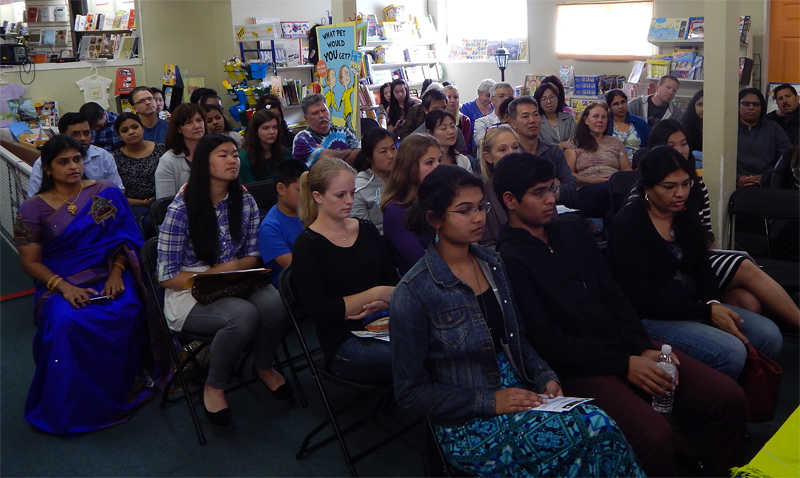 Judy: We didn’t have a bookstore in my town but my friend and I would walk downtown to Woolworth’s every Saturday. With half of  my allowance, I would buy a book. Bobbsey Twins, Nancy Drew, Cherry Ames—they were all 50 cents.

Genevieve: My mom was a graduate student and a big reader, so I grew up in a house chaotic with books, but we didn’t go to bookstores often because we didn’t have a lot of extra money. But on a research-trip to Washington, D.C., I think she felt bad for making me sit quietly in libraries day after day (academic libraries, no children’s books.) I was about eight-years-old. Anyway, she took me to a bookstore and I picked out a beautifully illustrated book about Abraham Lincoln. I took it with me and read it everywhere and then, of course, lost it. And even though it was my own fault and it must have been such an imposition, my mother went around to several bookstores trying to find another copy. She couldn’t, and brought back a book about George Washington instead. I cried, “I hate George Washington! He had slaves!”

Judy: What would I be doing? Reading to my grandkids.

Genevieve: Everyone has stolen the easy answers. It’s hard for me to imagine work as satisfying. Most of my friends and family, of all ages, complain about their jobs. I feel blessed to have a career that feeds the world’s sense of curiosity and wonder, enriches my community, and refreshes my spirit. In her keynote speech at Children’s Instute, Kate DiCamillo talked about continuing to work at Half Price Books after Because of Winn Dixie became a bestselling sensation, and I think we all understood. Why wouldn’t you want to keep coming to the bookstore everyday?

Judy: The customer interaction and loyalty is much better than I ever dreamed.

Anne: How the bookstore seems to absorb an impossible amount of stock. Like the Weasleys’ magic tent!

Genevieve: How much I’ve grown intellectually, how much broader-minded and more democratic I’ve become. When Judy hired me eight years ago I (like so many callow 20-somethings) was a self-proclaimed arbiter of taste. I knew which books “mattered” and which didn’t. Now my head holds a lot more ideas but fewer conclusions. Working at, or just being in, a bookstore is the ultimate liberal education. 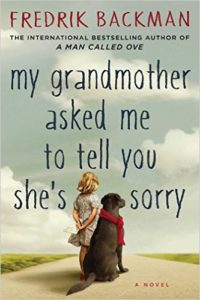 JUDY WHEELER (OWNER) RECOMMENDS My Grandmother Asked Me To Tell You She’s Sorry, 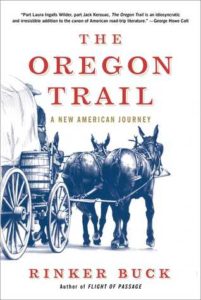 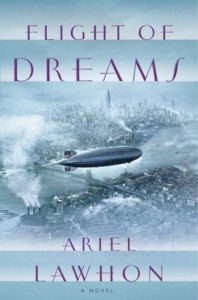 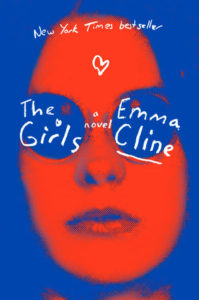 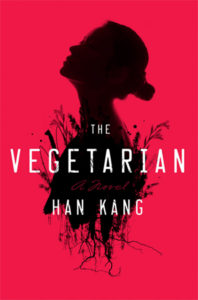 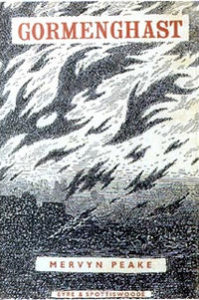 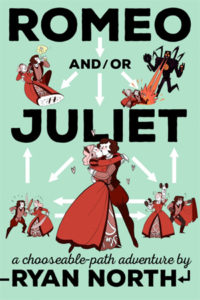 Six Reasons Why You Must Read Proust 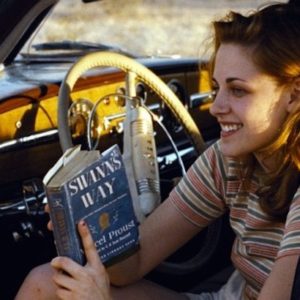 In Search of Lost Time, like many great literary works, is a quest whose structure resembles that of a symphony. The novel’s...
© LitHub
Back to top
Loading Comments...