‘I know what you are,’ cries Denis Healey, a former British Defence Secretary in the Labour interest, at a private party to which we have both been invited, his hand outstretched as he wades towards me from the doorway. ‘You’re a communist spy, that’s what you are, admit it.’

So I admit it, as good chaps admit everything in these cases. And everybody laughs, my slightly startled host included. And I laugh too, because I’m a good chap and can take a joke as well as the next man, and because Denis Healey may be a Big Beast in the Labour Party and a political brawler, but he’s also a considerable scholar and humanist, I admire him, and he’s a couple of drinks ahead of me.

‘You bastard, Cornwell,’ a middle-aged MI6 officer, once my colleague, yells down the room at me as a bunch of Washington insiders gather for a diplomatic reception hosted by the British Ambassador. ‘You utter bastard.’ He wasn’t expecting to meet me, but now he has done he’s glad of the opportunity to tell me what he thinks of me for insulting the honour of the Service—our fucking Service, for fuck’s sake!—and for making clowns of men and women who love their country and can’t answer back. He is standing in front of me in the hunched position of a man about to let fly, and if diplomatic hands hadn’t gentled him back a step the next morning’s press would have had a field day.

The cocktail chatter gradually picks up again. But not before I have established that the book that has got under his skin is not The Spy Who Came in from the Cold, but its successor The Looking Glass War, which tells a bleak story of a British-Polish agent sent on a mission into East Germany and left to rot. Unhappily, East Germany had been part of my accuser’s parish in the days when we had worked together. It crosses my mind to tell him that Allen Dulles, recently retired Director of the CIA, has declared the book to be a lot closer to reality than its predecessor, but I fear that will only compound his fury.

‘Heartless, aren’t we? Heartless incompetents! Thanks a million!’

My furious ex‑colleague is not the only one. In less fiery tones the same reproach has been made to me repeatedly over the last five decades, not as any sinister or concerted effort, but as the refrain of hurt men and women who consider they are doing a necessary job.

‘Why pick on us? You know how we are really.’ Or more nastily: ‘Now that you’ve made your pile out of us, perhaps you’ll give us a rest for a bit.’

And always, somewhere, the hangdog reminder that the Service can’t answer back; that it is defenceless against bad propaganda; that its successes must go unsung; that it can be known only by its failures.

‘We are definitely not as our host here describes us,’ says Sir Maurice Oldfield severely to Sir Alec Guinness over lunch.

Oldfield is a former Chief of the Secret Service who was later hung out to dry by Margaret Thatcher, but at the time of our meeting he is just another old spy in retirement.

‘I’ve always wanted to meet Sir Alec,’ he told me in his homey, north-country voice when I invited him. ‘Ever since I sat opposite him on the train going up from Winchester. I’d have got into conversation with him if I’d had the nerve.’

Guinness is about to play my secret agent George Smiley in the BBC’s television adaptation of Tinker Tailor Soldier Spy, and wishes to savour the company of a real old spy. But the lunch does not proceed as smoothly as I had hoped. Over the hors d’oeuvres, Oldfield extols the ethical standards of his old Service and implies, in the nicest way, that ‘young David here’ has besmirched its good name. Guinness, a former naval officer, who from the moment of meeting Oldfield has appointed himself to the upper echelons of the Secret Service, can only shake his head sagely and agree. Over the Dover sole, Oldfield takes his thesis a step further:

‘It’s young David and his like,’ he declares across the table to Guinness while ignoring me sitting beside him, ‘that make it that much harder for the Service to recruit decent officers and sources. They read his books and they’re put off. It’s only natural.’

To which Guinness lowers his eyelids and shakes his head in a deploring sort of way, while I pay the bill.

‘You should join the Athenaeum, David,’ Oldfield says kindly, implying that the Athenaeum will somehow make a better person of me. ‘I’ll sponsor you myself. There. You’d like that, wouldn’t you?’ And to Guinness, as the three of us stand on the threshold of the restaurant: ‘A pleasure indeed, Alec. An honour, I must say. We shall be in touch very shortly, I’m sure.’

‘We shall indeed,’ Guinness replies devoutly, as the two old spies shake hands.

Unable apparently to get enough of our departing guest, Guinness gazes fondly after him as he pounds off down the pavement: a small, vigorous gentleman of purpose, striding along with his umbrella thrust ahead of him as he disappears into the crowd.

‘How about another cognac for the road?’ Guinness suggests, and we have hardly resumed our places before the interrogation begins:

‘Those very vulgar cufflinks. Do all our spies wear them?’

‘And those loud orange suede boots with crepe soles. Are they for stealth?’

Is he being serious? The child in Guinness has never been more serious in its life. Well, I suppose if it was dregs he was looking for, he’d have drunk the poison by then, I suggest. But he prefers to ignore me.

It is a matter of entertainment history that Oldfield’s suede boots, crepe-soled or other, and his rolled umbrella thrust forward to feel out the path ahead, became essential properties for Guinness’s portrayal of George Smiley, old spy in a hurry. I haven’t checked on the cufflinks recently, but I have a memory that our director thought them a little overdone and persuaded Guinness to trade them in for something less flashy.

The other legacy of our lunch was less enjoyable, if artistically more creative. Oldfield’s distaste for my work—and, I suspect, for myself—struck deep root in Guinness’s thespian soul, and he was not above reminding me of it when he felt the need to rack up George Smiley’s sense of personal guilt; or, as he liked to imply, mine.

John le Carré was born in 1931 and attended the universities of Bern and Oxford. He taught at Eton and served briefly in British Intelligence during the Cold War. For the last fifty years he has lived by his pen. He divides his time between London and Cornwall. 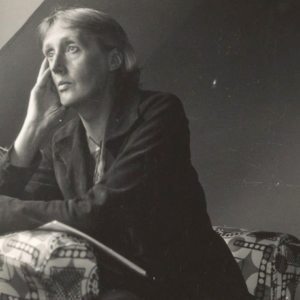 Mary Roach on bizarre military task groups, footnotes, and her lack of tolerance for PowerPoints. | Hazlitt Danielle...
© LitHub
Back to top