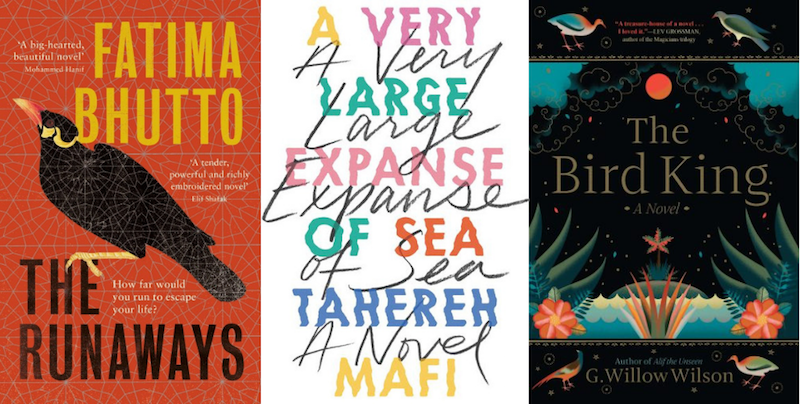 For April, Sumaiyya and Kendra, with special guest Amena Ravat, talk about Muslim women writers for our theme Ramadan Reading!

“And most importantly, we each have a voice. We are in control of our narrative.”

Sumaiyya Naseem: The anthology It’s Not About the Burqa combats that singular image, that stereotype that Muslim women are oppressed and are not in control of their own narratives. This book shows you that Muslim women come from so many different backgrounds, so many different professions. You have an entrepreneur, you have a mechanical engineer, you have journalists, writers, poets, teachers. Such a variety of occupations are represented, and the collective message here is “we are Muslim, we are hardworking, we have projects we are passionate about, we have struggles we are fighting,” and most importantly, we each have a voice. We are in control of our narrative.

And Mariam Khan, when she first started working on this collection, I don’t think she had to make any special effort to collect different or diverse voices; I’m sure it was a very natural process, and a reflection of how diverse the Muslim community truly is, especially in the west, where people migrate from all over the world. And as a result the topics in this book are also very diverse. The voices we have in this collection, they’re not the ones we normally hear in the media discourse about Muslim women, and that discourse is largely controlled by people who are usually not Muslim or even female. The world is constantly told that Muslim women are oppressed, too beaten down to take a stand, and that they are willingly submissive to men.

Afia Ahmed, in her essay included in this collection, “The Clothes of My Faith,” says, “I worry we have contributed to this dichotomy of the fashionable, modern, liberal Muslim woman vs. a supposedly regressive, traditional conservative Muslim woman.” So the fact is, and this is what the book tries to address, that most Muslim women are somewhere in the middle. It is impossible to create a single definition of who a Muslim woman is or what she looks like or what she spends her life doing.

“Writing historical fiction is an opportunity to fill the gaps that exist in history books, to unmute the voices that were silenced.”

SN: What Lalami has done in The Moor’s Account is create this character who’s been silenced and fleshed out his story and looked at where he’s coming from, and the part he plays in the expedition and how, as a Muslim coming to America in that expedition, he was at the center of the events unfolding, rather than on the periphery.

Kendra Winchester: That does make for a riveting narrative, his story, and the breadth of perspective he adds.

SN: The thing that stood out to me was that it made me really think about what it means to write about historical fiction. Historical fiction is not merely telling a story in a historical setting. It is an opportunity to fill the gaps that exist in history books, to unmute the voices that were silenced. It is an opportunity to make sure someone other than the victor or the person in power gets to tell the story. So when Lalami writes about the Narvaez expedition, it is to create a more inclusive narrative that is not written as an agent for occupation and colonization. It tries to tell what happens from the minority perspective. 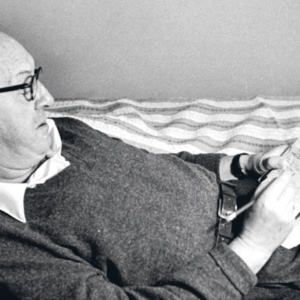 “Unfortunate the land whose citizens pass the buck to a hero.” Rebecca Solnit on Robert Mueller, Greta Thunberg,...
© LitHub
Back to top