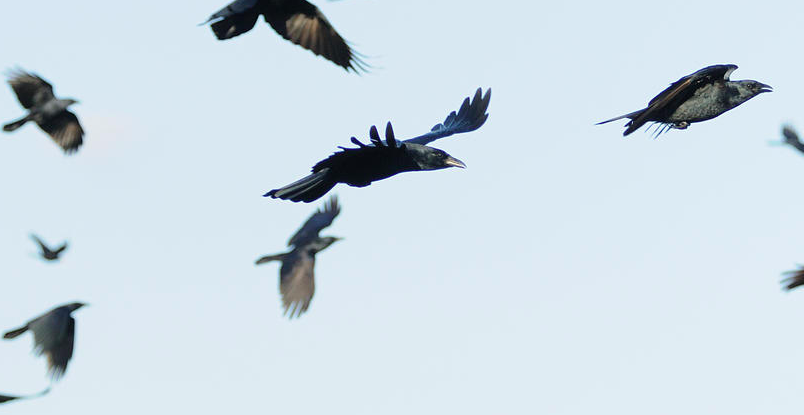 David Giffels Turns to the Literature of Mortality for Solace

I read a lot when I’m working on a big writing project, but I read strategically. I avoid books and authors too close to what I’m trying to do for fear of corrupting my own precious few original ideas, or slipping into the wrong voice, or suffering a complete crisis of confidence. But I do choose books in the same general universe of what I’m after. My new memoir, Furnishing Eternity, was different, though. I started out writing about the experience of building a casket with my octogenarian father while he was undergoing treatment for cancer. The writing and the woodworking project were taking place simultaneously. Mortality was a theme, for sure, but it was mostly theoretical.

Then everything changed. My mother and best friend both died right in the middle of the process. The writing and its meaning took a harsh left turn, and so did my reading. I turned to books, to the intimate communication of literature, from others who’d shared such losses. I needed them, as this became a book about writing through loss, as much as writing about it.

The very voices I might have avoided otherwise became the most treasured sources of understanding and companionship. Among them are these: nonfiction books that inform the writing of death as well as the mourning of it. 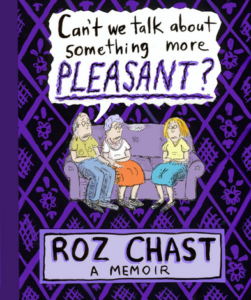 Can’t We Talk About Something More Pleasant?, Roz Chast

Death is the ultimate irony, the thing that isn’t supposed to happen until it does, at which point it transforms into instant inevitability. Chast’s genius is her ability never to compromise darkness or light—in her ubiquitous honesty, the harshest days are still funny, and the lightest days have a jagged edge. I read this graphic memoir about Chast’s parents’ aging and death in kind of an odd context: I was serving as a judge for the 2015 Thurber Prize for American Humor, for which it was a finalist. I was still grieving the loss of my own mother, and Chast’s humor, while undeniable, felt directly personal. Here was a mother as weird as mine, and thank God for that. 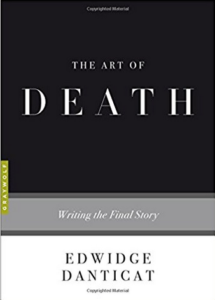 The Art of Death, Edwidge Danticat

This book came out after I’d finished writing mine, and I’m both sorry and relieved it wasn’t available sooner. It so beautifully written, and so deeply wise. As part of Graywolf Press’s excellent “The Art of” series on the writing craft, it’s a book about writing on the subject of death, and also a primer on the art of losing someone—in this case, her mother. In her opening essay, “Living Dyingly” (a phrase from Christopher Hitchen’s Mortality, which could easily be on this list), Danticat offers the first of her many generous truths: “When you’re young, your parents can seem immortal, then they get terminally ill and they remove the possibility of either you or them being immortal.” This seems equally obvious and wise; Danticat, as do all the writers included here, reveals that life’s truth becomes increasingly simpler the closer it gets to its end. 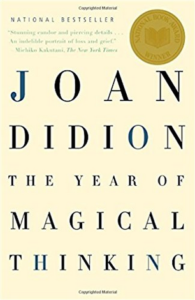 First of all, it’s Joan Didion. So there is a deep well of reasons to recommend it. But this book specifically is the first thing I offer when I don’t know what to say to someone who has just experienced the death of a loved one. (Does anyone know what to say?) I think the greatest achievement of this rich meditation is the way Didion reveals a process, the way mourning moves like ocean tides, back and forth, in union with a greater nature. The second line of the book, “Life changes in the instant,” introduces the constant recalculating of time that accompanies a sudden loss, a desperation to reach back into the just-gone past and change something, anything, and the desperation of knowing that’s impossible. 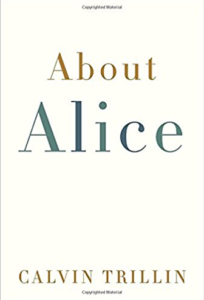 Calvin Trillin wrote this book after the death of his wife, a familiar ongoing “character” in his New Yorker pieces. He felt like she’d been easy material, flattened in a way to suit the medium of print. Those of us who’ve written about loved ones understand this—a personal instinct to protect the real person and a craft instinct to streamline complexity. Trillin’s intent here was to fully celebrate Alice’s beauty, intellect and depth. It’s a charming and honest portrait, the best kind of obituary: a love story. 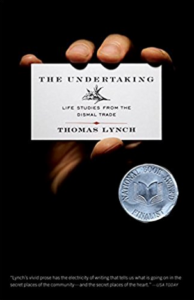 The Undertaking: Life Studies from the Dismal Trade, Thomas Lynch

I so want to have a drink with this guy. Lynch is a poet and a small-town funeral director. His essays plumb Didion’s notion of death as “the ordinary instant.” He sees it almost every day, and yet his writing shows that he never stops seeing. Loss and grief are akin to an immigrant experience; Lynch is an able translator, with a fine ear and a sensitivity unhardened despite his constant exposure. My own book includes the ongoing real-life character of a family friend who runs a funeral home. Both he and Lynch possess a similar, preciously irreverent sense of humor, deeply necessary for the work they do. 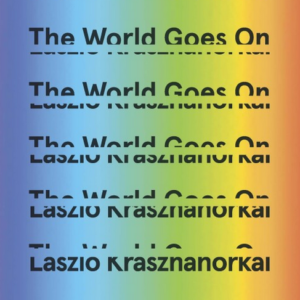 * HOW LOVELY How lovely it would be, a world that we could end by organizing a series of lectures—anywhere in this departing...
© LitHub
Back to top
Loading Comments...