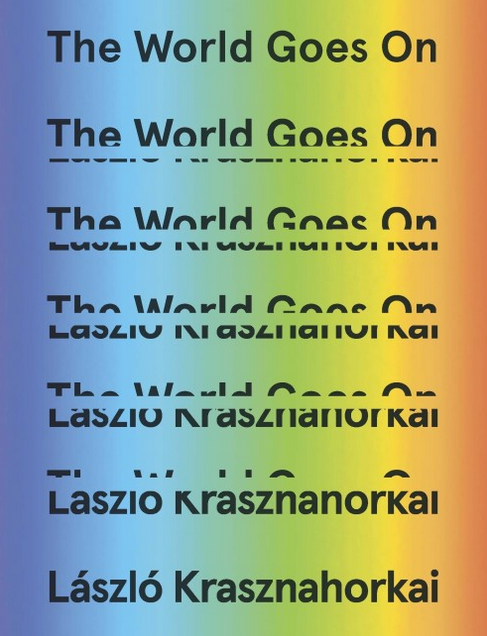 The following is from László Krasznahorkai’s book, The World Goes On . These eleven stories draw our attention away from this world, speeding our body toward annihilation, and immersing ourselves in a current of thought. László Krasznahorkai has written five novels & won the 2015 Man Booker International Prize. He lives in reclusiveness in the hills of Szentlászló.

How lovely it would be, a world that we could end by organizing a series of lectures—anywhere in this departing world—and give it the general subtitle, “Lecture Series on Area Theory,” where one after another, as in a circus arena, lecturers from all parts of the world would talk about “area theory”: a physicist, followed by an art historian, a poet, a geographer, a biologist, a musicologist, an architect, a philosopher, an anarchist, a mathematician, an astronomer, and so on, and where in front of a permanent, never varying audience, that physicist, that art historian, that poet, that geographer, that biologist, that musicologist, that architect, that philosopher, that anarchist, that mathematician, that astronomer, and so on, would relate his thoughts about area from his own respective point of view, keeping in mind the overall title for the lecture series, “There Is No Area,” pointing out the peculiar relation between this title and the subject, so that the artist or the scientist would speak about this, approaching it from his respective perspective of poetry, music, mathematics, architecture, fine art, geography, biology, the language of poetics and physics, philosophy, anarchy, telling us what he thinks, and what he recommends we should think about area—and all this under the aegis of a summary statement denying that this subject, area, exists at all. The contradiction, however, is only apparent; this lecture series could just as well bear (bitterly) the title “All Is Area” as objectively as its actual title “There Is No Area.” For the lecturers would speak about the significance—for them and for us—of a being from whose point of view, when looking at the universe, area does exist; they would lecture about the importance of the question, namely: can the undeniably limited nature of the human viewpoint possibly lead us to the weighty, if unprovable assertion—and according to another viewpoint besides the human it is conceivable—that there is no area, that this is how matters stand, yet, nevertheless, for us, regardless of where we look, we see ruined and intact nothing but area, area upon area everywhere; given that we have reached a point where, trapped in the bewitchingly confined space of the human viewpoint, as we near the incidental termination of an excruciating spiritual journey, we must arrive at the conclusion: beyond this bewitching confinement we in fact insist on nothing else, nothing else, not even on existence of any kind, we no longer insist even on existence, only on the promise that for once in some area, amidst the most profound beauty and decay, we may glimpse something, anything that refers to us.

From The World Goes On. Used with permission of New Directions. Copyright © 2017 by László Krasznahorkai. 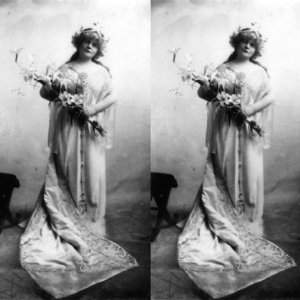