Reading This Side of Paradise at 100, During a Pandemic

Or, Why Books Aren't Always the Best Escape

I read This Side of Paradise for the first time this week, from self-isolation, in my apartment in New York City. I started it on a beguiling spring day that did not feel safe to go out and enjoy. Spring will remain outside my window for the time being. At least today it’s raining.

This Side of Paradise is the semi-autobiographical debut novel of F. Scott Fitzgerald; it was published 100 years ago today, when the author was only 23. I’ll say this: you can tell.

To be perfectly honest, I had a hard time concentrating on reading this novel, though the fault isn’t entirely Fitzgerald’s. Every time I picked it up, I felt compelled to pause and scan the news instead; usually the pause would extend, and I’d look up to find 30 minutes lost. Yes, William Shakespeare may have written King Lear during a plague year but surprise surprise, I am not Shakespeare, and I’m finding it hard to sustain attention on much of anything these days.

I feel similar to how I felt after Trump was elected: that the world was not the world I thought. Maybe I shouldn’t be surprised at how distracting this notion is. Amory Blaine, Fitzgerald’s protagonist and clear stand-in, discovers the same thing in this novel in his own way; maybe everyone is always discovering it.

This idea makes me want to give Amory (and Fitzgerald) a pass. But if I’m being honest, classic or no, in 2020, I found this novel pretty tiresome.

First of all, it’s a hodgepodge of forms—prose, verse, snippets of theatrical drama, epistolary asides—something I usually like in novels, but here it felt disconnected and pointless. At a certain point I started skipping the poems.

The structure in general is episodic; I don’t have much trouble with that except for the two moments of stupendous, sudden violence that come out of nowhere—the car crash and the incident with the horse—and then are hardly mentioned again and seem to have no impact. Same goes for the interlude in which Amory sees (or thinks he sees) the devil—it’s compelling in some ways as a vignette (the feet!) but has no bearing on the rest of the text.

Probably all this has something to do with the fact that Fitzgerald apparently cobbled together a bunch of his unpublished work in order to bring the novel to full length—he was rushing to get it done and published, because Zelda Sayre, the real-life Rosalind, had promised to marry him once he did; the novel was published on March 26th, 1920 and they were wed a week later, on April 3rd.

The real problem though, reading this novel this week, is Amory. Typically, I love novels about snooty, pretentious people living in distant times. It’s a certain kind of wish fulfillment—the withering comment, the upturned nose—that doesn’t hurt anybody. It’s just fun. Typically. But it seems I love those novels no longer—or at least not at the moment. After all, Amory is exactly the kind of privileged American—white, male, rich, arrogant, self-important, thinks he’s invincible—who feels largely at fault for America’s slow, limping response to this global crisis. See: the kids at spring break. See: the employers who needed an order to let their employees work from home. See: our stupid, stalling government.

And like some of those people, for most of this book it seems as though Fitzgerald is chiefly concerned with letting Amory make grand pronouncements and work out misty intellectual quandaries—artistic, philosophical, political—as opposed to maintaining any kind of interesting story. Look, it’s not a novel about deadly government ineptitude in the face of crisis, but it is a novel about a young white man who goes to Princeton and dates women and tries to figure out what to do with himself and thinks this is a story worth telling because it’s about him, and it is that annoying breed that we have historically elected to public office. (Let’s stop?) Towards the end of the novel, Amory’s summer fling Eleanor cuts him off by sighing, “Epigrams. I’m going home,” and I couldn’t agree with her more.

By the last pages, however, Amory is also against epigrams! Progress. And he also seems to be considering socialism. I mean, same. In the book’s final line, he claims to know himself but nothing else. So to be fair to the book, I suppose all the tediousness of his character was something to grow out of, and now he has, look, a narrative arc—but what a long journey we’ve come for that!

I should say that every once in a while there is some perfect phrase, inserted like a turn of the wrist, that presages the jewel-like quality of The Great Gatsby—”They slipped briskly into an intimacy from which they never recovered” was one—or some charmingly witty assessment, but mostly it is a novel that feels like one of those long conversations you have with old friends, where you analyze yourselves over and over again, telling your stories, explaining why you feel such and such—perfectly entertaining when you’re one of those friends, and less so when you are not.

The problem may not be the book at all, but rather the passage of a century, even setting aside the moment at hand. Fitzgerald’s debut was received rapturously at the time of its publication: H. L. Mencken wrote that it was “the best American novel that I have seen of late.” In the Chicago Tribune, Burton Rascoe wrote that “It bears the impress, it seems to me, of genius. It is the only adequate study that we have had of the contemporary American in adolescence and young manhood.” (This sort of assessment is probably why it’s still being taught in schools—I know it is because my library copy bears the Assignment sticker—but it really shouldn’t be; for the latent misogyny at minimum.) After all, Maxwell Perkins liked Fitzgerald’s work because he found it “direct from life it seems to me. This is true also of the language and style: it is that of the day.”

Well, sure. Maybe that’s enough to keep it in the stable of classics. And maybe I would have liked this book better a month ago. But this day, this week, this month, it’s hard to pay attention to the rollarcoastering fortunes of the elite. Even if I want to cheer Amory’s half-baked conversion to socialism at the end, but I know it isn’t real. I know that people like him are a large part of how this country ended up like this.

I see that this essay is coming out awful: a litany of complaints about a classic novel that nobody asked me to read and that isn’t hurting anybody. But for me, this is what it feels like to read right now: everything is pointless, everything is suspect, everything makes me enraged. It’s a bad feeling. “Every author ought to write every book as if he were going to be beheaded the day he finished it,” complains Amory’s friend Tom. That’s kind of how it feels to be alive right now. At least The Great Gatsby is such a book. Maybe I’ll read that next. Unless reading it now will ruin it forever. Guess I’d better go watch television. 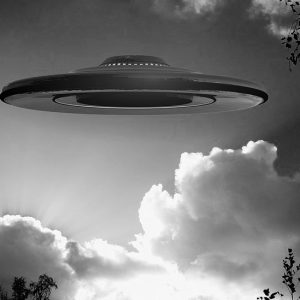