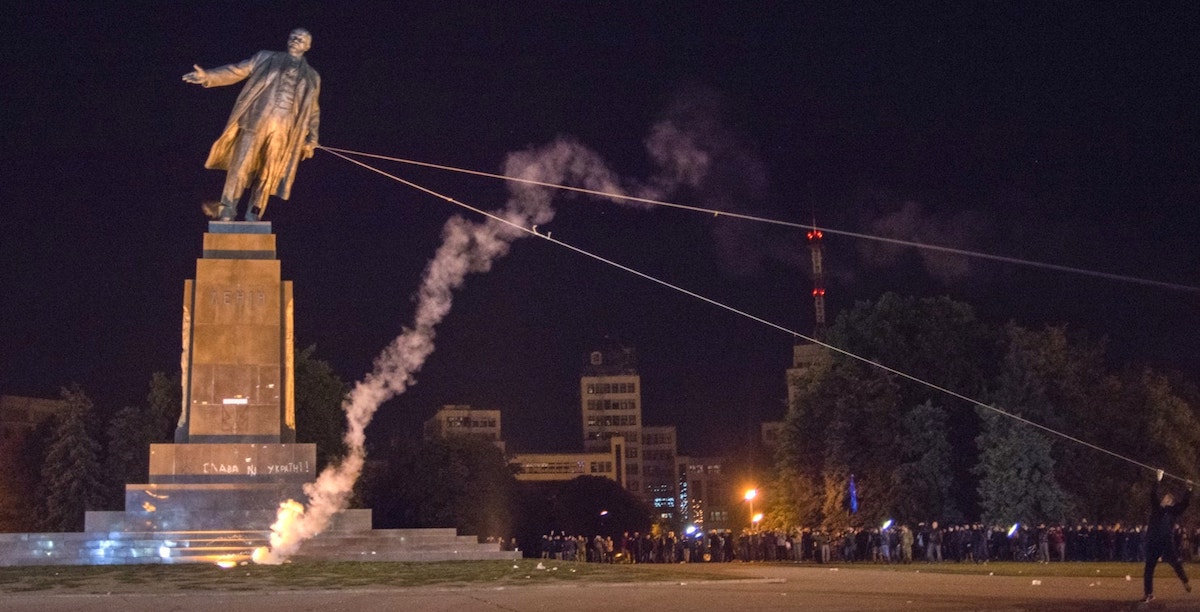 David Remnick’s wonderful account of the last days of the Soviet empire—Lenin’s Tomb—is 25 years old. In its closing pages, Remnick muses on Russia’s future, as already disillusionment with Boris Yeltsin is setting in. A “mythic” yearning drives his communist and other enemies, Remnick writes. The most potent idea is “nationalist nostalgia for empire and higher spiritual purpose.” This situation has beset other once great powers in decline, from the Ottomans to the British. (Boris Johnson, anyone?) “Empires are not lost happily,” Remnick observes.

For a moment, as the USSR crumbled, it was possible to imagine a benign outcome for the new Russia. The historian Yuri Afanasyev sketches to Remnick a couple of scenarios. In one, Russia is transformed into south Korea. In another it becomes “Latin America with a taint of Sicily.” Afanasyev acknowledges that it is far from certain any new regime will resemble a developed western democracy. Fascism is “a threat”. “The pull of the state sector, the authoritarian tug, is still a very dangerous thing,” Afanasyev tells the author. The conversation happens in late 1992.

Another of Remnick’s characters, Galina Staravoitova, is gloomy. Staravoitova likens Russia’s situation to that of Germany after the treaty of Versailles. Wounded self-esteem, economic crises, the disintegration of empire, the prevalence of an imperialist mentality, millions of ethnic Russians stuck outside the country’s new, makeshift borders … all make it possible that Russia might embark on a dark, fascist path, she says. Staravoitova doesn’t rule out that a populist authoritarian movement could one day emerge. Its goal: to restore Russia’s lost prestige in the world and to avenge hurt pride, she thinks.

A quarter of a century on, Remnick’s final thoughts from Moscow—shot through as they are with liberal foreboding—look pretty on the money. Take Staravoitova herself. A leading democrat, she won a landslide victory to Russia’s parliament and worked as Yeltsin’s spokesperson. Yeltsin later sacked her. She spent much of the 1990s trying to reform and “lustrate” the KGB, rebranded the FSB, identifying its officers correctly as the greatest threat to democratization. In November 1998 she was murdered outside her St. Petersburg home. The zakazchik—the person who ordered the hit—was never found.

A few months earlier a little-known former KGB colonel became the FSB director—a gray, charmless fellow. His name was Vladimir Putin. Putin had a middling career in Soviet spying. He had begun busting hippy communes in Leningrad and spent the latter half of the 1980s posted to east Germany and Dresden. Putin missed perestroika—the main political vector that shaped Remnick’s Russia tour—and viewed the USSR’s demise with undisguised horror. Putin rose on the coat-tails of Anatoly Sobchak, St Petersburg’s mayor. In 1991 he exited the KGB. But, as Putin himself said, no-one really leaves the kontora.

Lenin’s Tomb offers a drole account of the KGB’s attempt to wrest power from Mikhail Gorbachev, the flawed architect of Soviet reform. In August 1991 Remnick was packing up to leave Moscow, his stint for the Washington Post over, when a group of hardline plotters, led by KGB boss Vladimir Kryuchkov, seized power in a coup. The omens had been there for some time. The General Secretary was on holiday in Crimea, where he found himself under house arrest. Tanks surrounded parliament. The stage was set for a military-KGB takeover—probably a bloody one.

The new junta turned out to be shambolic. Its members were elderly, disorganized, incoherent, plan-less. And drunk—at least in the case of Gennadi Yanayev, the Soviet vice-president. Yanayev was the face of the emergency committee. His appearance before the foreign press was a disaster. “His hands trembled like little wild animals quivering in front of him. He was lost from the start,” Remnick writes. The conspirators wanted to arrest their enemies, and to storm the White House where Yeltsin—the Russian republic’s newly elected president—was holed up. The gerontocrats discovered that the army, most of it, was ignoring their orders.

On the morning of the coup Yeltsin emerged from the White House, clambered onto a T-72 tank, and denounced its leaders as right-wing reactionaries. “It was an indelible image that would set the tone for the next three days,” Remnick noted. A small crowd of reporters and demonstrators watched. Yeltsin’s audience included some colorful figures. One was David Cornwell aka John Le Carre, visiting Moscow at the time. (Le Carre told me this over a whisky.) Another was a young “diplomat” stationed since April 1990 at the British embassy overlooking the Moscow river. His name was Christopher Steele. He was a spy.

During the three-day putsch, the KGB goons who normally tailed Steele around the Russian capital disappeared. When it failed—with Yeltsin triumphant, and Gorby brought back—the surveillance resumed. Steele’s MI6 workmates reported that in eastern Europe the secret police ran away during democratic revolutions, never to come back. In Russia they bowed out of a sight for a bit, then carried on as before. Steele’s conclusion: the regime in Moscow changed during the tumultuous years of Lenin’s Tomb. But the system—repressive and implacable—continued.

The “patriotic forces” that supported the Gang of Eight of 1991 were merely biding their time. You might argue that their coup succeeded eight years later when Yeltsin made Putin—a chekhist—prime minister. At that point Putin looked like another transient figure. He was the latest in a line of government leaders. Boris Berezovsky, oligarch and political schemer, had a hand in Putin’s rise. He wrongly believed that Putin was a malleable figure. It was a decision Berezovsky would rue. Putin was his own man—with his own plan.

At the turn of the century Putin became president. It was soon apparent that the secret police were the country’s masters. In communist times, the Politburo commanded the KGB. Now, the siloviki—the power guys—were subordinate to nobody. In the words of Nikolai Patrushev, the FSB’s director, they were a “new nobility.” Putin’s bureaucrat-spy state was stuffed with former KGB officers, possessed of the old complexes and prejudices. They believed the west was perpetually scheming against Russia. America—the Soviet bogeyman—was again the main adversary,  the glavny protivnik.

Putin’s Kryuchkovian counter-revolution wasn’t far from the one Remnick’s interviewees had glumly imagined, almost a decade earlier. His Kremlin took over independent TV, squeezed out opposition politicians, and clamped down on dissent. Critics—the journalist Anna Politkovskaya—began to die in nasty ways. The state resumed the old Bolshevik practice of eliminating “traitors” abroad, sometimes ingeniously. Alexander Litvinenko, a former FSB officer turned Putin denouncer, died in London in 2006 after drinking a cup of radioactive green tea. An inquiry later determined Putin “probably” approved his execution. The FSB carried it out.

Over one decade and then another Putin’s friends and KGB cronies became billionaires.

By the time I arrived in Moscow in 2007, soon after Litvinenko’s ghoulish murder, Putin had taken full control. Remnick observed that his generation of late Cold War foreign correspondents were the luckiest, witnesses as they were to a “singular triumphant moment in a tragic century.” “What’s more, we could describe it, we could talk to the players, major and minor, with relatively little fear of jeapordizing anyone’s freedom,” he wrote. Remnick was even able to browse post-coup through confidential KGB papers. Among them was an account of the 1985 Politburo meeting that saw Gorbachev emerge as new general secretary.

My generation was not as happy. Soviet practices of secrecy and control of information were back. There were a few independent media outlets—the radio station Echo of Moscow, founded in Remnick’s day; the investigative paper Novaya Gazeta. But most Russian journalists toed the line. I pursued subjects that were apparently taboo—though this was never explicitly spelled out: Putin’s wealth; the FSB’s role in Litvinenko’s murder; the federal war against Islamists in Russia’s north Caucasus. My reward was a series of crude break-ins at our Moscow family apartment. FSB operatives—so the British embassy told us—carried them out. They were bugging us too.

The Putin state was actively pursuing two projects, I concluded. One was explicitly, noisily nationalistic. Kryuchkov died the year I arrived in Moscow as the Guardian’s bureau chief and would surely have approved. It was to remake Russia as a great power. Moscow saw former Soviet republics—the Baltics, Georgia, Ukraine—as part of Russia’s sphere of influence, and as sub-sovereign entities when it came to foreign and security choices. The Kremlin—according to this doctrine—was co-equal to the US. It saw its geo-political role as that of spoiler anti-pole.

The other project was more furtive, shifty. Over one decade and then another Putin’s friends and KGB cronies became billionaires. They controlled Russia’s strategic resources and industries—oil, gas, road-building, a bridge to Crimea. State contracts swelled profits; any venture done by one of Putin’s former judo partners prospered, as if blessed by a divine wind. It was Litvinenko who coined a phrase to describe this ascendancy—a mafia state. It was a kleptocracy alright, featuring organized crime, the security services and bureaucrats. Their mantra: if we don’t steal someone else will.

By the time I left Moscow in 2011—deported at the airport, my visa scrubbed out—Russia was no longer just domestically repressive. It had become internationally aggressive and adventurist. There were military interventions (Georgia 2008, Ukraine 2014, Syria 2015). And look-at-me attempts to play god in other people’s elections. The Kremlin gave support, covert and overt, to far-right and far-left parties in Europe and elsewhere. The aim was to weaken moderate centrist forces. Putin didn’t invent fissures in western societies—there were plenty of these post-2008—but he did seek to exploit them.

His KGB meddling reached its apogee in the 2016 US presidential election. The Kremlin had been wooing Donald Trump on-and-off for four decades. Trump first visited Moscow in 1987, a few months before Remnick got there as a reporter. Moscow didn’t think Trump could win. But it saw him as a vehicle for discrediting American democracy and knee-capping a future Hillary Clinton White House. It threw various espionage resources at this goal—a team of GRU hackers; intelligence assets; and oligarch-emissaries. Trump was Putin’s greatest spy-triumph, and proof of his let’s-try-it-and-see method.

Success in Washington masked growing problems at home. Western sanctions damaged Russia’s economy. The sugar-rush from Putin’s annexation of Crimea has now worn off. The regime looks tired, its thug playbook drearily familiar. It responded to July protests in Moscow in classic style: using riot police to clobber and arrest harmless demonstrators. I spoke to one former insider recently—now living in comfortable oligarch exile—who called Russia’s president a doddering Brezhnev, out of ideas. Putin appears intent on staying in power anyway until 2024—when his latest term expires—and probably beyond.

Russia’s current stagnation and retro-repression stand in contrast to the optimistic years described in Lenin’s Tomb—an epoch of dynamic, unpredictable change; hope; vim; truth-telling and sudden opening up. Remnick’s writing holds up well. His book is a compelling chronicle. And a marker for the way things turned out—less “ordinary” than he once hoped, and as pessimistic as his liberal friends told him it might go.

Luke Harding is a journalist, writer and award-winning correspondent with the Guardian. He has reported from Delhi, Berlin and Moscow and covered wars in Afghanistan, Iraq, Libya and Syria. Between 2007 and 2011 he was the Guardian's Moscow bureau chief. In February 2011 the Kremlin deported him from the country in the first case of its kind since the Cold War. He is the author of several books, most recently Collusion: Secret Meetings, Dirty Money, and How Russia Helped Donald Trump Win. 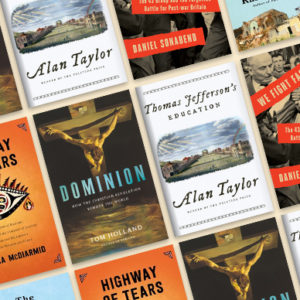