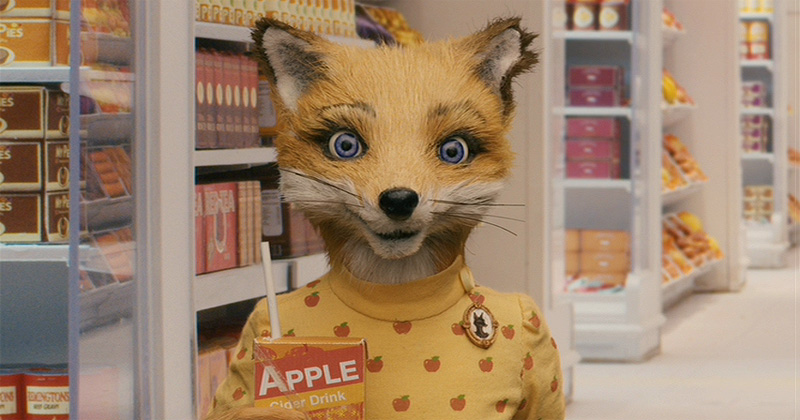 When I got Sarah Hall’s new short story collection, Madame Zero, I read it in one day. Where has this writer been all my life? The answer is: in England, publishing book after book and winning all kinds of awards for them.

I felt like a dope and the luckiest reader at the same time. A dope because I’d never read Sarah before. The luckiest reader because I now have a stack of deliciously dark work to eat up. I like to champion a writer whose work is new to me. This summer, I’m waving Madame Zero around like a #1 foam finger. This woman’s writing is smart and funny and frenetic and unpredictable. When given the chance to interview her, I couldn’t say yes fast enough. Like the best of smart, funny, frenetic and unpredictable writers, she did not disappoint.”

Helen Ellis: I started reading your first story, “Mrs. Fox,” on a half-hour subway ride. I missed my stop. I was happy I missed my stop because I got to get back on the train and read a bit more.

Missing a subway stop is the sign of reading an incredible story. I can’t remember the last time it happened to me. There were so many points when I thought the story would end, but you surprised me. “Mrs. Fox” toyed with me like a lame pigeon. Please tell me, how did “Mrs. Fox” get started in your writer brain and what was your process of getting it on the page?

Sarah Hall: Delighted, though very sorry too, that you missed your train stop due to story engrossment! What a compliment! “Mrs. Fox” is a very loose homage to a 1922 novella called Lady Into Fox by David Garnett. I hadn’t actually read the book before I began, which is probably a good thing, and I now know it’s stylistically very different. What I did know about it where a couple of the plot markers, and its basic premise—the transmogrification in the woods, the fealty of the husband to his new “bride,” and the birth of the fox cubs. So I sort of used these basic elements as a kind of folktale or fairytale calque, sort of like a poet might attempt a homophonic translation. The idea that a man might stay married to and might still adore a radically altered wife was overwhelmingly lovely to me. That he should embrace her otherness and mutability, and cherish the fox cubs—of all our love stories and ideas about family this is the most beautiful to me.

Of all the short stories I’ve written, this one in its drafting felt to have the most flow, perhaps because I wasn’t worrying too much about where it was going. My story and Garnett’s story end very differently, and the prose is very different too. I wanted to retain the aspects of his conception I admired in principle, from hearing about Lady Into Fox without having read it. Some of those seem like older notions though—metamorphosis and inter-species love. I tried for a hyper-real Hallian (oh dear, that sounds pompous!) but still poetic rendition. I love challenges like trying to convince a reader that a woman has literally changed into a vixen. How is that done? What descriptions are needed? What linguistic incantations and summons? I wonder how you feel about these aspects, Helen, and whether the story now seems lesser because it has a kind of formal relative? I suppose there are so many existing stories that inspire our stories—have you found any particular staging grounds for your fiction?

HE: I read your story literally. Mrs. Fox is a fox! Readers often say to me that I write satire and magical realism, but I don’t. In my world, ghosts are ghosts. A fox is a fox. Sometimes I’ll springboard a story from another. For example, “Pageant Protection” came from watching the last season of Breaking Bad. Walter White gets into a van and is driven into a sort of witness protection situation. I thought, “What if a six-year-old beauty pageant winner got into that van?” And then I answered.

With “Mrs. Fox,” I love the idea that a man would stay married to his radically altered wife. Especially a foxy one! It’s an idea you also explore in “Evie.” A long-married woman develops an insatiable sexual appetite from a medical condition. Her husband commits to it. And recommits to her. In both stories there is a theme I love: the housewife turned beast. A quiet woman’s release.

The American book cover for Madame Zero is that of a woman in pearls with a blooming bush where her head used to be. Tell me about what attracts you to writing about such women.

SH: I know exactly what you mean. And I don’t think a writer can write an uncanny situation if there isn’t some kind of attempt to create veracity (differed to truth, I guess) and persuade the reader—certainly I can’t. If I went into anything like that in any other way than earnestly, with the intention of portraying a metamorphosis as a real event, I’d fluff it. Does that already mean I’m in a state of belief myself? Delusional? Well, halfway, maybe. Those what-if scenarios are great territory for short stories, aren’t they? Versions at one remove. But that’s the kind of stuff life does throw at you, and everything suddenly gets turned over (or tossed into your van), becomes strange, but sometimes makes more sense afterwards.

Yes, I adore the feral woman motif. In “Mrs. Fox,” the wife sort of feels always to have the upper hand in the relationship. She is withdrawn, reticent, and then she becomes completely other, incapable even of a communal language. Spousal relationships are so odd, with both privacy from each other and the bonds of love increasing over the years. I suppose one of the metaphors there is that idea of “whoever loves less is loved more”: power imbalances and the sacrifices made because of power imbalances. There’s the strangest accord at the end of the story; maybe just the staying-togetherness, no matter the mutability of people and the degrees to which we disconnect or can’t connect, is the success.

In “Evie” though, I think the whole thing becomes darker. The husband doesn’t love the wife, can’t really love anyone for whatever reason, but her sexual appetite and it’s lack of boundaries begins to suit his hidden proclivities more. Though Evie initially seems the agent of her change, the final act is a realization of the husband’s fantasy—a threesome—and in some ways she is contorted more and more towards pleasing him, in pleasing herself, and perhaps even then falling short of his true affection. She moves so far from herself, splendidly, erotically, right into his hands. Is it a female disease? Centuries worth of adapting to men? I guess I see more tragedy and disturbance in that story. Not least because there is a peripheral character who really is capable of loving Evie, and though he gets to “partake” of her, it is under a life-threatening veil, and she and her disease break his heart.

Marriage—what a minefield! Do you think happy relationships are moot when it comes to short stories? It always seems the engine of the form is powered by psychological breakdown, the undermining of normality, our shadow-selves, some kind of scoochy quality anyway. And in any case, this idea of connubial happiness—does everything work on duplicity—we don’t really believe the idea do we, but we trade in its bullshit artistic currency every day?

HE: Marriage is a minefield of writing material. It’s certainly been around a lot longer than superheroes and dystopia and vampires and murder-by-text. It’s always been a draw for me: the question of what goes on behind closed doors. But, I think what’s interesting are the happy relationships that are behind those doors. Not everyone’s definition of happiness is the same. For example, I write a story about a book club hostess who is happily married and childfree, but she’ll stop at nothing to give her guests what they want. In fact, none of the women in American Housewife want out of their marriages. One may way want her husband dead, but the marriage enables her to—as Oprah would say—live her best life! What interests me is how a marriage lets a woman blossom (not the common literary theme). There’s no telling what trouble we can get up to when we’re left alone for most of the day. Think I Love Lucy meets The Twilight Zone—or more contemporarily, Black Mirror.

Last question: if we were going to host a Tupperware Party, what living women short story writers would we invite to join us in our unhinged domesticity? I’m thinking Rebecca Lee, Diane Cook, Kitt Reed, and Lucy Wood.

SH: Happiness is hard to define. I think that’s a problem humans have had for quite some time. I love debates about whether vacuum-packed (shrink-wrapped?) chicken, while convenient, has led to some kind of evolutionary glumness—e.g. we only can feel real satisfaction and happiness if we’ve chased the hen and wrung its neck ourselves. That’s by-the-by. Happiness and marriage and love—eek! All the trades and trade-offs and negotiations and habits and eras and wars. It is a brave question—how do women thrive in and benefit from marriage, especially now that there are laws that enable women to inherit, own property, approach equality, all without needing a husband—in the West at least? We hear a lot about chaps living longer if they’ve got a missus to help administer cold medicine and to bonk them regularly, and all the other little comforts and benefits and emotional labors of union. But women? Don’t we live as long if single, even if we’re putting the garbage out ourselves? What does partnership provide beyond sex and tax breaks? Plenty of things, I’m sure. But, you’re on it, and it’s maybe a more complicated matter, difficult territory in an era of binary ideas about liberation.

There’s a very interesting short story by James Salter called “Give” that illustrates the discrepancies and dishonesties and power-imbalances and secrets and accords and amnesties within marriage. But who would I add to the list of corking contemporary lady writers? Tessa Hadley (another queen of the domestic subversive, such as you are too, Helen), Ali Smith—such imagination and humanity, oh my goodness, I realize my list of guests is going to be long, and we’ll need more bottles of wine . . . Taiye Selasi,  Claire Vaye Watkins, Yiyun Li, Claire Keegan . . . The Women’s Power Block of the Short Story Form.

Helen Ellis is the acclaimed author of American Housewife and Eating the Cheshire Cat. She is a poker player who competes on the national tournament circuit. Raised in Alabama, she lives with her husband in New York City. 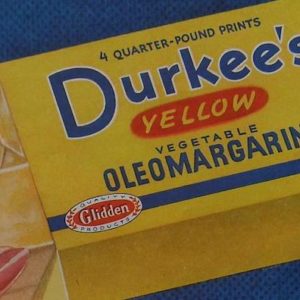 Eleanor Roosevelt didn’t care what she ate. She had no palate, she wasn’t interested in food, it gave her no pleasure—or...
© LitHub
Back to top