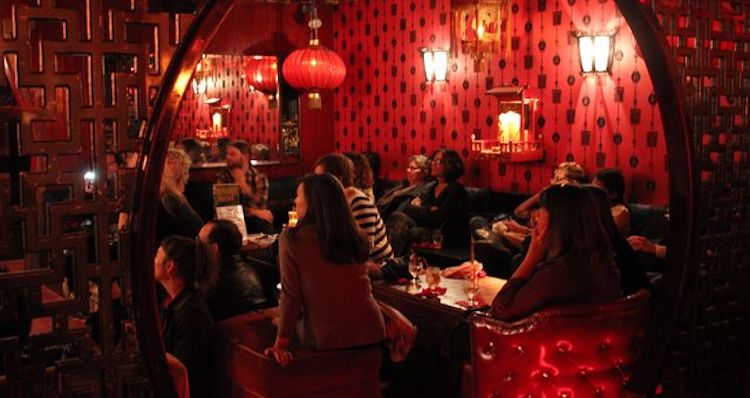 Reading Across America: How to Create ‘Live Literary Journals’

Between 2004 and 2015, I was the curator and host of the Rhapsodomancy Reading Series in Los Angeles. For the first two years I shared this role with Andrea Quaid, until she moved away; after that, I counted on my romantic partner-turned-roadie and the loyal audience members I had to keep the series afloat.

Rhapsodomancy was first conceived by us as the alternative to the bookstore reading. We wanted alcohol and a darker atmosphere, to put it bluntly. We found our venue, the Good Luck Bar in East Hollywood/Los Feliz (from 2004 to 2014), and began the work of programming.

For the first ten years, Rhapsodomancy operated in a more or less predictable manner. Lineups were limited to four readers—two emerging writers and two established ones—since, in our experience, any more could overwhelm the audience. Our readings were held on Sunday nights, every other month, and we asked for a donation at the door that would benefit both local and national social justice organizations. Though we faced obstacles in location and scheduling—in the geographic morass of Los Angeles, people from one part of town were unwilling to travel to our venue because it would require more than one freeway, and, for some, Sunday nights are the nights spent at home, getting ready for work on Monday—it felt like we had found some footing among the literary community.

One of my chief concerns was offering spots to writers we loved who weren’t already reading in various places around Los Angeles. Our initial approach to programming began as a “wish list of writers you’d love to host” and it was how we brought Chris Abani, Eileen Myles, Amy Gerstler, Maggie Nelson, and many others to the series in its early years. There were times when we booked an established writer first and a constellation was built around them; other times, an emerging writer was booked first and the lineup evolved around them.

My approach to programming was very similar to how I edited 4th Street, the hundred-print run of the small, hand-bound literary journal I edited (and sewed, and distributed) in Olympia, Washington. When choosing the work from submissions, I was conscious of what I’d chosen first and how that developed into a thread I wanted to follow, with an eye toward matching a theme, subtly commenting on a theme, or troubling a theme. I never began with a theme—I allowed it to emerge as I read through submissions. What resulted was a journal I was proud of, and one that featured writers who had found this little literary journal and trusted us with their work. I wasn’t as concerned that readers would see the thread among the writing chosen for each issue; I just felt, aesthetically, that the work I selected hung together well, even in the ordering of it, with the few pages I had to work with (usually no more than 16).

The first time I became aware of this was when one of my mentors asked me, in a friendly and inquiring tone, if I had considered “X” to read in the series. “X” was feeling… left out.

As the series became more well known, I started getting approached not just by individual writers but by small presses and, eventually, traditional publishers. If a writer I didn’t know emailed me out of nowhere and submitted work and told me they were planning to be in Los Angeles sometime the following year, I tried to accommodate them, provided their work resonated with me, the month hadn’t been booked, or, if I’d begun booking for that month, the work hung well with the other writers’. This complicated my “method” but also enriched it, because now I had a strong number of writers from outside LA interested in the series and willing to book up to a year in advance, if necessary. I could create what felt like the equivalent of bimonthly, live literary journals.

When my mentor asked me about the implied exclusion of this particular writer, I panicked. It was the first time that I’d considered I was in the role of gatekeeper. I mostly saw myself as a writer who had some time and energy to put on a reading six times a year in my favorite bar at the time.

When faced with this kind of situation, I tend to double-down in my choice. I did not bend. I did not placate the writer in question. My feeling was he had ample opportunity to read at various venues in the city and did; his work did not ever seem to mesh with the writers I was most excited about hosting; and, there was a sense of entitlement I was starting to be aware of that did not sit well with me.

I began to understand that my approach to curating a reading series would be subject to scrutiny. Now, many years later, I can see how I might have communicated my intentions better along the way.

In the final year of Rhapsodomancy, 2015, I changed the format completely: I invited a writer I was intrigued by to invite another writer who, in turn, intrigued them to do a reading, followed by live conversation with each other and the audience on a topic of the initial writer’s choosing. My intention was to narrow the focus to two writers (again, one emerging and one established) who could offer an audience what I was becoming more interested in, personally—a conversation, whether about connection and disconnection in the writing community, or the relationship between the writer and the audience (these were the first and last topics generated for the series). This felt like a natural progression. When the time and energy commitment became more than I could handle, I ended the series.

It remains to be seen if I’ll curate another reading series—the latest fantasies have revolved around readings in my house (is this the ultimate gatekeeping?)—but what I do understand now as a writer who reads often is that there are conscious and unconscious intentions at work in the programming of a reading series. There is plenty of work to be done in creating much more inclusive literary spaces, as well as literary spaces that are specific to the marginalized communities that create them. There is also the fact of the curator looking at a pile of submissions and requests to read and the beauty in attempting to create a living and changing work, for an audience hungry and eager for the experiment about to unfold.

Head here for a brief history, in text and photo of the Rhapsodomancy Reading Series.

Wendy C. Ortiz is the author of Excavation: A Memoir, Hollywood Notebook, and the dreamoir Bruja. Her work has been featured in the Los Angeles Times, The Rumpus, the Los Angeles Review of Books, and the National Book Critics Circle Small Press Spotlight blog. Visit her at wendyortiz.com.

How I Learned to Create an Effective Sherlock Holmes Pastiche 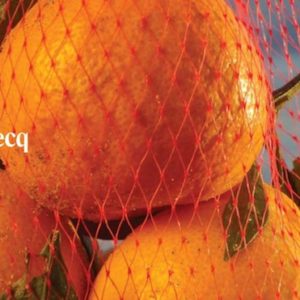 John Freeman: I’ve worked with you before on a brand (Granta) which was already well established. I’m curious how this...
© LitHub
Back to top