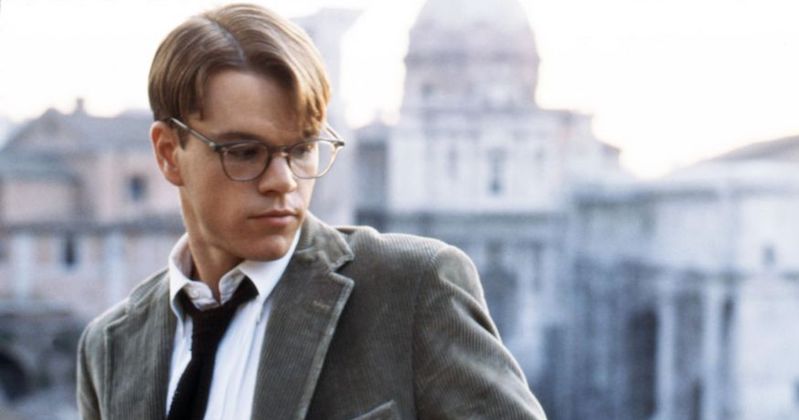 Read the earliest reviews of The Talented Mr. Ripley, which turns 65 today.

The Talented Mr. Ripley—Patricia Highsmith’s iconic 1955 novel in which a struggling small-time con-man evolves into a full-blown psychopath—is widely considered to be one of the greatest psychological thrillers of all time (its stylish 1999 film adaptation is also a stone cold classic of the genre). It’s been read as a coming-of-age tale, a forerunner of the era of imposture, and a tale of sociopathy for our Instagram age.

Today, on the sixty-fifth anniversary of its publication, we look back on three of the earliest reviews of Highsmith’s deliciously twisted opus. 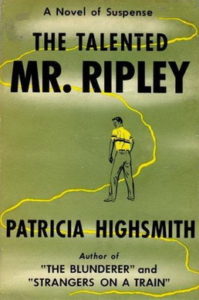 “An exciting rat-race with the principal rat in the title role is Patricia Highsmith’s The Talented Mr. Ripley.

Tom Ripley’s talent is for crime, and crime with variations is the melody played by the author. A more objectionable young man than Mr. Ripley could hardly be imagined. You certainly wouldn’t want to met him; but he is perfectly fascinating to read about.

Engaged by Dickie Greenleaf’s father to bring Dickie home from Paris, the talented Mr. R. follows his own instincts to make of the errand a protracted European holiday. The wiles with which he handles Dickie—and Dickie’s attractive girl—eventually involve him in a wild web of evasions and impostures and few murders have been more starkly cold-blooded or more chillingly described than those which arise out of his adventure.” 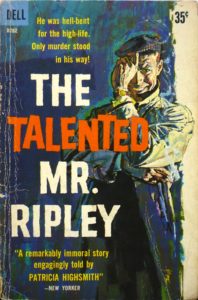 “Patricia Highsmith is one of the most talented suspense writers this reviewer has encountered in some time.

The Talented Mr. Ripleyis a fine way to make her acquaintance if her previous Strangers on a Trainand The Blundererwere missed.

In stories of this genre, the most frequently lacking quality is character delineation. Miss Highsmith can boast it as one of her strong points. Her protagonist is weakling Tom Ripley, a self-pitying, self-seeking individual who shows horrifying elements of strength when murder is involved—a murder to provide him with a life of ease and a second to cover up the first.

The setting is Italy, a country the author obviously knows well. Ripley attaches himself to rich Dickie Greenleaf and grows to love the good life too well to give it up. Murder is his solution and he takes on the dead Greenleaf’s identity.

This leads to all sorts of dramatic complications which for suspense’s sake are better left untold. This reviewer, after turning over the final page, is looking forward to Miss Highsmith’s next effort with anticipation.” 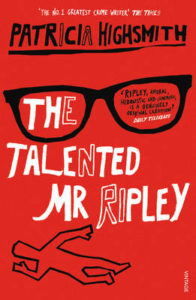 “….is a young man of no means, and expensive tastes, and his nerveless, conscienceless progression is traced from the time when Tom Ripley is sent to Italy to retrieve an expatriate son, Dickie Greenleaf. Ripley attaches himself to Dickie, is annoyed by the adhesive Marge who is in love with Dickie and wary of Tom, and finally when Dickie’s friendship cools he kills him and assumes his identity. For several months he lives comfortably on Dickie’s income, but a former friend jeopardizes his new security, and he is forced to kill again. This time not only the police, but Marge and Dickie’s father are alerted; Tom is forced to assume his old identity but his resilient resourcefulness keeps him immune. The virtuosity here—more than anything else—will pin you to the page.”