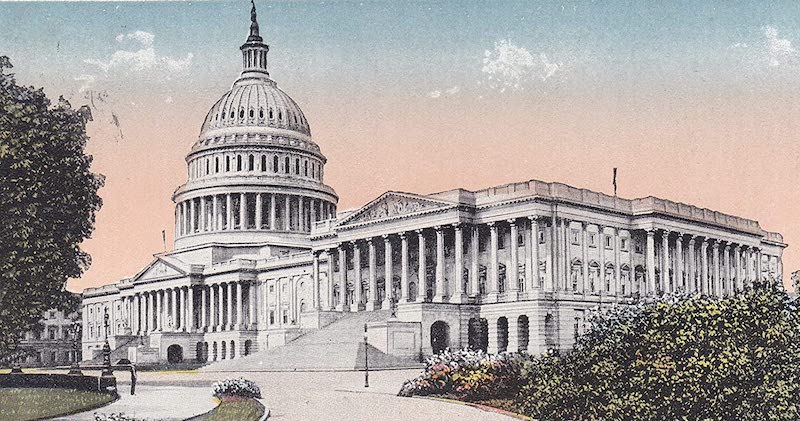 Read every presidential inauguration poem ever performed (there are fewer than you think).

Today, Joe Biden will become only the fourth president in American history to have a poet read at their inauguration. (Yes, they’ve all been Democrats.) When she takes the stage, Amanda Gorman, at 22, will be the youngest ever inaugural poet, and perhaps the one shouldering the greatest challenge, considering the circumstances. While you wait to hear what she came up with, or—let’s be real—while you wait for Trump’s presidency to finally, officially be over, you could do worse than reading over what some of our best poets had to say on this occasion over the years.

We’ve seen a force that would shatter our nation rather than share it,
Would destroy our country if it meant delaying democracy.
And this effort very nearly succeeded.
But while democracy can be periodically delayed,
It can never be permanently defeated.

[Listen to it here.]

My face, your face, millions of faces in morning’s mirrors,
each one yawning to life, crescendoing into our day:
pencil-yellow school buses, the rhythm of traffic lights,
fruit stands: apples, limes, and oranges arrayed like rainbows
begging our praise. Silver trucks heavy with oil or paper—
bricks or milk, teeming over highways alongside us,
on our way to clean tables, read ledgers, or save lives—
to teach geometry, or ring-up groceries as my mother did
for twenty years, so I could write this poem.

Say it plain: that many have died for this day.
Sing the names of the dead who brought us here,
who laid the train tracks, raised the bridges,

picked the cotton and the lettuce, built
brick by brick the glittering edifices
they would then keep clean and work inside of.

We have memorized America,
how it was born and who we have been and where.
In ceremonies and silence we say the words,
telling the stories, singing the old songs.
We like the places they take us. Mostly we do.
The great and all the anonymous dead are there.
We know the sound of all the sounds we brought.
The rich taste of it is on our tongues.
But where are we going to be, and why, and who?
The disenfranchised dead want to know.
We mean to be the people we meant to be,
to keep on going where we meant to go.

Presidential Inauguration of Bill Clinton, 1993: Maya Angelou, “On the Pulse of Morning”

Each of you, descendant of some passed
On traveller, has been paid for.
You, who gave me my first name, you,
Pawnee, Apache, Seneca, you
Cherokee Nation, who rested with me, then
Forced on bloody feet,
Left me to the employment of
Other seekers—desperate for gain,
Starving for gold.
You, the Turk, the Arab, the Swede, the German, the Eskimo, the Scot,
You the Ashanti, the Yoruba, the Kru, bought,
Sold, stolen, arriving on the nightmare
Praying for a dream.
Here, root yourselves beside me.
I am that Tree planted by the River,
Which will not be moved.

The land was ours before we were the land’s
She was our land more than a hundred years
Before we were her people. She was ours
In Massachusetts, in Virginia,
But we were England’s, still colonials,
Possessing what we still were unpossessed by,
Possessed by what we now no more possessed.
Something we were withholding made us weak
Until we found out that it was ourselves
We were withholding from our land of living,
And forthwith found salvation in surrender.

[Famously, this wasn’t the poem Frost had prepared for Kennedy’s inauguration. He had written a poem entitled “Dedication” for the occasion, but when he took the stage, he couldn’t read it; the glare on the snow was too strong. So he recited “The Gift Outright,” which he knew by heart, instead.]