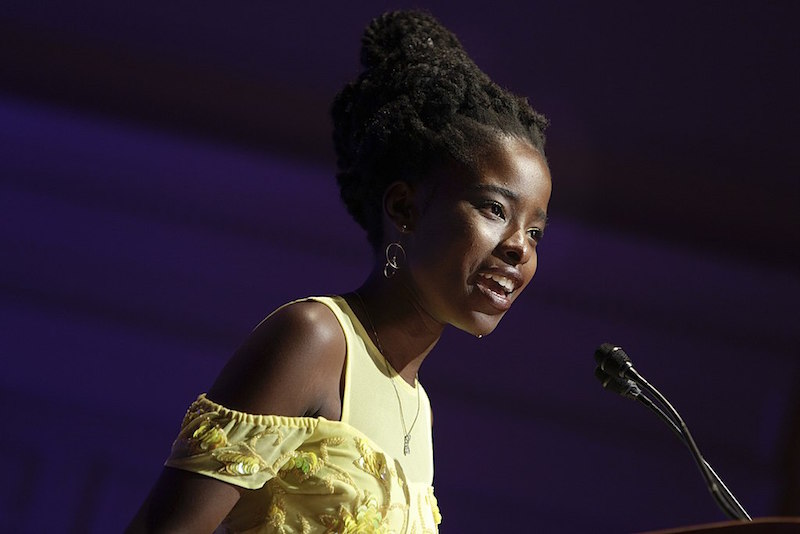 At 22, Amanda Gorman will be the youngest inaugural poet in memory.

Though the looming threat of white supremacist violence is a good reason to dread Joe Biden’s inauguration, the roster of performers—including Tom Hanks, Lady Gaga, and Jennifer Lopez—is looking pretty good. Add to the list Amanda Gorman, the 22-year-old who will read a poem at the ceremony.

Gorman will be the youngest inaugural poet “in memory,” according to the AP (probably because we can’t rule out the possibility that someone like notable die-r William Henry Harrison—who gave the longest inaugural address in history!—enlisted a distinguished 19-year-old to read a few lines about a great metaphorical ship or something).

Unlike most 22-year-olds, Gorman has experience in inaugural poetry, having written one for the inauguration of Harvard’s president Larry Bacow. She will read a poem called “The Hill We Climb” at Biden’s inauguration on January 20. And much as I would love to imagine an epic diss track of a poem, Gorman said Biden’s team “encouraged [her] to emphasize unity and hope over ‘denigrating anyone.’”

Here’s hoping Biden’s embrace of The Youth extends beyond his choice of poets, because the kids, all right as they are, also need health care, housing, and loan forgiveness!