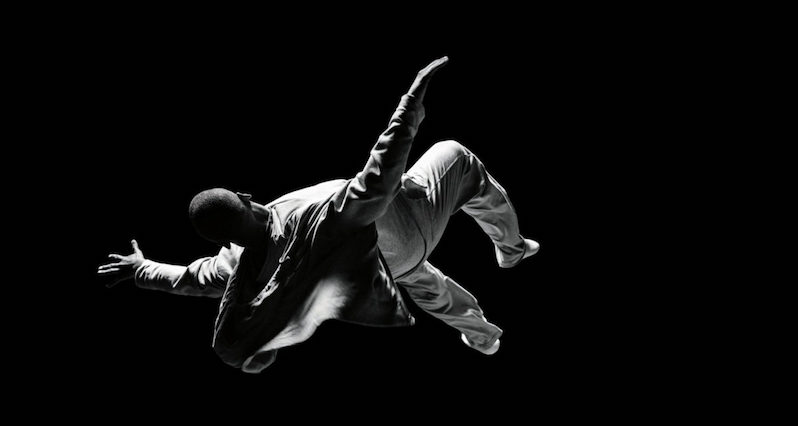 What If There'd Been an Alternate Opening for Andre?

Fireflies mingle. Behind them, an upscale white house with large windows comes into focus. Through the windows sits the SHAW family. Caucasian and warm—RICHARD, 34; NANCY, 30; JOSHUA, 6; and MAY, 4—eat dinner. Richard reads something on his tablet illuminating his face.

JOSHUA: Are we going to Disney World or Disneyland?

RICHARD: The one in Orlando.

JOSHUA: Tony said that Mickey is not really Mickey; it’s someone else in there. Is that true?

ANDRE, 30, an African American man runs down the sidewalk wearing a tracksuit. He stops to catch his breath in front of the Shaw’s house. He glances inside. The Shaw’s seem normal and content. Andre smiles.

Richard looks up from his table to see Andre standing there. The rest of the family doesn’t notice. Nancy tends to May, who SQUIRMS in her chair. Richard watches Andre protectively.

JOSHUA: There’s only one Mickey right?

JOSHUA: Cause Tony said he saw a chef Mickey.

RICHARD: I guess he changed his clothes for work.

A vintage creme-colored Porsche Boxter with tinted windows and a roof CREEPS up on the street behind Andre. It’s tailing him.

Driver’s POV watching Andre. His BREATH ECHOES deep and tinny as if it were into a coffee can. A red cross hangs from the rearview mirror. Through the car’s system we hear an English to French language tutorial recording.

TUTORIAL: Pardon me. Where is the nearest restaurant? Pardonnez-moi. Ou est le restaurant le plus proche?

Andre, feeling followed, stops to tie his shoe. The car also stops. Andre notices. He waves at the unseen DRIVER inside. There is no response. Just the PURR of the engine.

ANDRE: I’m new to the area. I just moved here… Down on Evergreen… Look, is there something I—

TUTORIAL: Can you show me the nearest bathroom? Pouvez- vous me montrer la salle de bain la plus prouche?

Andre hears nothing from inside.

ANDRE (under his breath): This is some shit right here.

Andre begins walking. The car creeps alongside him. After a few steps, Andre stops again. Again, the car stops.

ANDRE: Wait a minute. This is somebody I know isn’t it? You messing with me? … Come on.

No response. He realizes it’s not a friend.

ANDRE: Cause, if you did know me, you’d know I’m an attorney; this could be considered stalking and harassment. I’ve put people in prison for less. Plus, you’re sitting in a deadly weapon so that some felony shit right there.

ANDRE: Come on man just say something then. What?!?

No response. Andre starts walking the other direction. The car stops and backs up, following Andre in reverse.

After a few more steps…

Andre, fed up, stops. He approaches the passenger’s side window and bangs on it.

ANDRE: Hey, look I’m from Brooklyn. If you wanna do something, then let’s do something. I’m ready to go.

The car’s passenger-side window rolls down.

TUTORIAL: Can you help me find a hotel? Pouvez-vous m’aider a trouver mon hotel?

Andre’s expression goes from anger to terror. The driver wears a tubular metal helmet over his head and face that’s rounded on the top like a silver bullet. It has slanted rectangular eye holes.

The driver raises a gun with a silencer on it. Andre turns to run but is shot in the back. 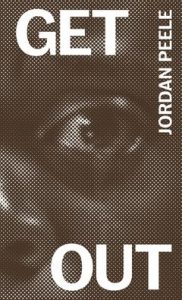 Excerpted from Get Out: The Complete Annotated Screenplay. Used with the permission of the publisher, Inventory Press. Copyright © 2020 by Jordan Peele.

Jordan Peele is an American writer, director and producer. Peele’s directorial debut, Get Out (2017), earned him an Academy Award for Best Original Screenplay as well as nominations for Best Picture and Best Director. In 2012, Peele founded Monkeypaw Productions, which amplifies traditionally underrepresented voices and unpacks contemporary social issues, while cultivating artistic, thought-provoking projects across film, television and digital platforms, including Peele’s follow-up to Get Out, the critically acclaimed horror epic, Us (2019).

The Woman Who Fought for Sing Sing's Early Female Prisoners

Our Personalized Quarantine Book Recommendations, Round 2 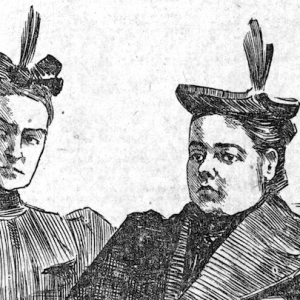 The Woman Who Fought for Sing Sing's Early Female Prisoners