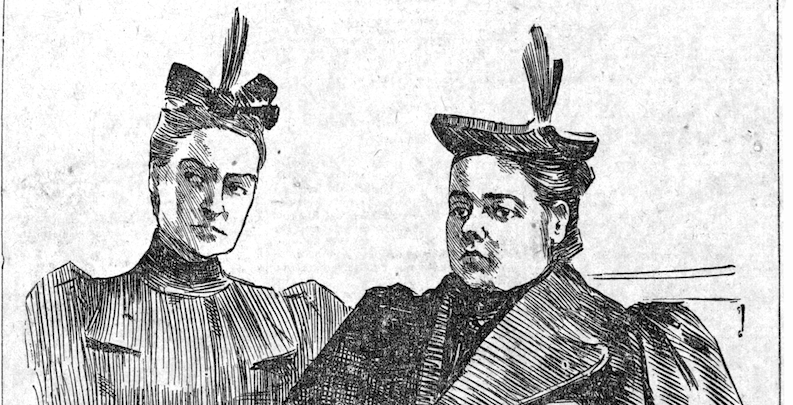 The Woman Who Fought for Sing Sing’s Early Female Prisoners

Rebecca Salomé Foster Helped Those Who "Mattered Not"

The New York City prison, perhaps the purest example of 19th-century Egyptian revival architecture, was a majestic building. With a massive portico, upheld by enormous columns, it occupied the entire block between Franklin and Centre Streets. The polished floors of the corridors would not have soiled a lace handkerchief. But this stately, seemingly immaculate building concealed the most terrible conditions: the basements were permanently covered with stagnant water, and when the tide rose the drains overflowed, so that a nauseating stench of fouled earth insinuated itself everywhere. The cells, situated above an open drainage pool, stank of the sewer. Malaria was rampant.

Completed in 1840, this architectural marvel had been built on pilings sunk into the marshy ground of the Collect Pond. The pilings were deep but not sufficient to allay fears of a collapse under the weight of that monumental granite mass. And, in fact, the site had sunk so much by 1895 that the foundation of the building barely surpassed the level of Broadway, which was nearby.

The cells, little more than caves carved out of the thick granite walls, were arranged in four layers crossed by a long, narrow courtyard. Two coal-burning stoves heated the building, but the two bottom floors were constantly freezing. The cells were nine feet by five feet and received light and air solely through narrow slits set very high up in the walls. A heavily fortified barred door about five feet high closed each cell. In all, there were 298 cells, but at that time the prison population averaged approximately five hundred people. Inmates were often doubled up in their cells, taking turns to sleep on the one cot.

The name of John Fallon, the head warden, was always uttered in a whisper. The prison was a place of detention and not a penitentiary, so all its occupants were to be regarded as innocent until their trials; and yet, under Fallon’s wardenship, innocent and guilty alike suffered brutalities worse than those inflicted in the state penitentiaries. The atrocious conditions in which the inmates found themselves gave rise to the name by which the prison was known: the Tombs.

During 1895, 50,000 prisoners crossed the threshold of the Tombs. Maria Barbella was one of them. The exact date of her arrival is uncertain. It is highly probable, however, that it was the beginning of May when the municipal van, known as the Black Maria, brought her from the Essex Market Prison to the Tombs.

Rebecca Salomé Foster had made a sort of career within the criminal justice system; she was the guardian of those whose lives “mattered not.”

The women’s section had 49 cells, which held about 60 inmates. For some reason, Maria was alone. Her tiny body made the cell, whose only amenities were a ceramic bowl, a towel, and a piece of soap, seem almost large. From home, Maria had brought her toothbrush.

Unlike the men, women were locked up only at night. At six thirty in the morning the clinking of the matron’s keys could be heard as, one by one, every cell was opened. After having washed, dressed, and tidied their cells, the women emerged into the hallway where they spent the day sitting on chairs. Maria must have felt a bizarre similarity to the women of Ferrandina, who did their chores seated at the entrance to their houses. But the Tombs’ hallway was not Via dei Mille: Here there was a roof instead of the sky, and menacing bars ran along the entire perimeter of the internal courtyard.

It was in that hallway that a tall, distinguished lady, dressed in black, extended her slender kid-gloved hand to Maria and introduced herself. Since she had arrived at the Tombs, Maria had not spoken a word and had eaten very little. Looking very pale, she timidly shook the stranger’s hand. Her name was Rebecca Salomé Foster, but to the detainees she was known simply as Mrs. Foster. She had made a sort of career within the criminal justice system; she was the guardian of those whose lives “mattered not.”

A native of Mobile, Alabama, Mrs. Foster was the widow of General John A. Foster, who had died in 1890. She lived in the city, in the elegant Park Avenue Hotel, and she summered in Riverdale. And yet, for the past fourteen years, she had not missed a single one of her daily meetings with the inmates at the Tombs; she listened, she comforted, she gathered their outbursts and their confidences. But her support was not just moral: a great portion of her significant fortune was allotted to the prisoners and their families. Her dedication to this cause had earned her the sobriquet “Tombs Angel,” which satisfied her desire for anonymity.

Mrs. Foster might have preferred an institutional role to this saintly reputation. Her activity was not simply limited to sympathy but to a genuine attempt at rehabilitation. She had defended dozens of women, providing them with medical care, vouching for them upon their release. And, until she found them work, she often supported them with her own money. She was filling an institutional void in assisting immigrants and indigent women, and it is perhaps according to the standards of an aid to the state that she deserved to be judged.

The girl knew nothing about the workings of justice, and Mrs. Foster did not tell her that the worst was yet to come.

Rebecca Foster seemed wholly at ease in the prison: she had no difficulty in getting her bearings and moved briskly up and down the stairs, in and out of the cells; even the wardens treated her with respect. Her fame had also reached the Justice Department: judges, lawyers, and reporters knew her well, and there was no courtroom in New York to which she was not admitted. Mrs. Foster was instantly struck by Maria’s composure and thought her physical appearance pleasant.

Maria, for her part, felt that she could trust the tall lady dressed in black. The girl knew nothing about the workings of justice, and Mrs. Foster did not tell her that the worst was yet to come, that those first signs of insomnia and lack of appetite would soon coalesce into panic. Mrs. Foster knew that the road ahead would be much longer than Maria could ever imagine.

Each day, the girl spoke of her past without reticence. Her big hazel eyes brightened when she softly uttered Domenico’s name and told the story of how they met. But she was absolutely silent about more recent events. “Long me here?” she would ask in broken English.

“I don’t know,” Mrs. Foster invariably answered. “Soon you will be put on trial.”

“Trial?” Maria did not even know the word.

Maria would not answer. She remained motionless, her eyes fixed on her hands intertwined in her lap. Mrs. Foster wondered whether the girl had understood the meaning of “premeditated murder,” but did not have the heart to ask.

Maria spent two and a half months in the Tombs, and every day a member of her family came to visit her. Giovanni, her younger brother, told her the latest news from Mott Street and brought her some sewing so that the time would pass a little more quickly. He also gave her a rosary that Maria kept in her pocket.

One afternoon, her mother came. She was very agitated, and her tired, drawn face made her seem far older than her 49 years. The entrance guards called the matron, who let her inside. In the trembling light of gas lamps, Mrs. Barbella was taken to a small, dismal room to be searched, according to the rules. The woman was sobbing, and with reason.

That morning an eviction notice had been served on the Barbella family. They owed a month’s rent. It was either pay or end up in the street. The family lived in three stifling rooms on the top floor of a five-story building, for which they paid ten dollars a month. Since the day of Maria’s arrest, her father, the tailor, had stopped working; he did nothing but come and go from the Tombs, anguished over his daughter’s fate. He did not know where to turn for help.

Mrs. Foster was present when Mrs. Barbella told Maria the terrible news of their pending eviction. She tried to reassure her, but Filomena clung to her daughter, seeking comfort in the embrace. Maria remained silent, but for the first time, Mrs. Foster noticed her eyes glaze over with tears.

The next day an envelope from an anonymous benefactor reached the Barbella home. It contained the amount necessary to pay the rent for May.

Father Ferretti of the Baxter Street Church of the Transfiguration also went to the Tombs. Maria did not want to see him: she was afraid of him because the priest personified absolute authority. But he addressed her by name and spoke to her the way the Ferrandina parish priest would have done. He was the typical Italian village curate: plump, bald, and rosy-cheeked. The expression on his face was that of a man who had listened to many sins and had forgiven and forgotten them all. Seated in a corner of the cell, he spent more than half an hour with Maria who, kneeling, whispered her confession to him. Then he made a sign of the cross on her forehead and gave her the Eucharist. For some days after that Maria slept better and regained her appetite. Then, one evening, her legal counsel appeared. 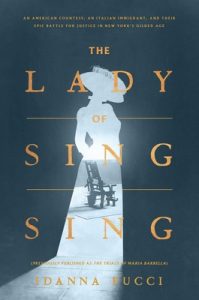 From The Lady of Sing Sing: An American Countess, an Italian Immigrant, and Their Epic Battle for Justice in New York’s Gilded Age by Idanna Pucci. Copyright © 2020 by Idanna Pucci. Reprinted by permission of Tiller Press, an imprint of Simon & Schuster, Inc.

Idanna Pucci is the author of The Lady of Sing Sing, The Epic of Life, a classic on Balinese culture, and Brazza in Congo: A Life and Legacy, that inspired her award-winning documentary, Black Africa White Marble, which shed light on Central Africa’s colonial past and its troubled present. She also produced Talk Radio Tehran about women who fulfill their aspirations in Iran’s gender-apartheid. Aside from her mother tongue, Italian, she is fluent in English, French, and Bahasa Indonesia. With her husband, Terence Ward, she divides her time between her hometown of Florence in Italy and New York. 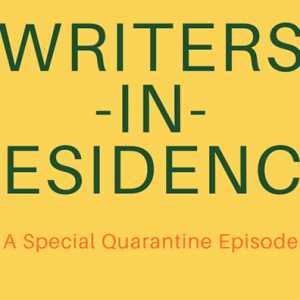