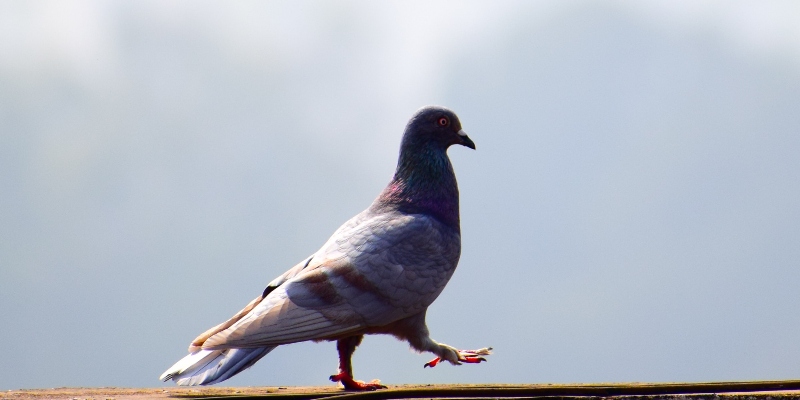 Pigeons: rats with wings or wonder birds? Rosemary Mosco, science writer and naturalist, enters the dovecote with Book Dreams co-hosts Eve and Julie to settle the debate. The author and illustrator of A Pocket Guide to Pigeon Watching: Getting to Know the World’s Most Misunderstood Bird, Rosemary defends her feral, feathered friends with an extraordinary (yet widely unknown) historical and anatomical tour. She discusses how the once-wild rock pigeon grew into a domesticated military tool capable of turning “the global tide of politics.” And, in a Book Dreams first, Rosemary illustrates what it would mean for a pigeon to be endowed—yes, that kind of endowed. As Julie’s grandmother would say, this episode has “got some sexy in it.”

Eve: Now we’re going to move into what I think of as the 13-year-old boy portion of this interview, because that’s kind of where I live.

Eve: It turns out pigeon poop is fascinating. It has some crazy uses, and it’s been the source of strife between royalty and landowners. So, please tell us more about pigeon poop.

Rosemary: You know, you might look at a pigeon waddling down the street eating a Cheeto and think, “Okay, why would we domesticate a pigeon?” And one of the reasons is that that poop we hate so much is a really, really, really good fertilizer, particularly in places like the Middle East and more desert-y places where there wouldn’t be that input of nutrients. So, for thousands of years, people have been raising pigeons in groups of tens of thousands and collecting their poop and using it to fertilize. It was really, really, really valuable.

Unfortunately, as time went on we realized that we could make gunpowder with one of the elements in pigeon poop, the saltpeter stuff. So there was this issue in England where these folks called saltpeter men would go around and bash their way into pigeon houses and dig up the poop and bring it to the king. And they were allowed to go anywhere and smash into any dovecote—you know, pigeon coop—and collect this really precious poop. So pigeon poop may have fed whole populations and also had an input in war and the global tide of politics. It’s a lot more important than we think of. We think of it as just this gross goop that’s on statues.

Julie: When I was a little girl, I never dreamed that I’d grow up to have a podcast and get to ask this particular question. Do pigeons have penises?

Rosemary: I’m so happy that you asked that—kindred spirits. I have a whole section in the book about pigeon anatomy, and one thing I wanted to address was if you flip over a pigeon, will you see any genitalia? And you won’t, which is kind of a problem, because you can’t tell from just looking at a pigeon whether it’s male or female, which has led to some real confusion. Pigeons do not have penises or anything that we would call a penis. All the genitalia is inside, and they basically have a hole called a cloaca. Or there’s an opening in the cloaca called the cloaca opening. And so, to have sex, they squish their holes together. The males and females have these holes, and the male shoots a sperm from his hole into her hole, basically. It’s called the cloacal kiss, which I apologize for.

Rosemary: It’s cute and horrifying. I have a whole table in the book of birds that do in fact have penises, because the vast majority of birds lost their penises for reasons we don’t totally understand, but if you think about aerodynamics, that might have something to do with it. A lot of the birds that have penises are birds that tend to run instead of fly. But ducks have huge spiraling penises.

Rosemary: They’re horrifying. I’m not an expert in exactly why that is. But the woman who fact-checked my book, Diane Kelly, is a researcher who especially studies animal penises. I got to talk to her a lot about all of that, and it was delightful.

Rosemary Mosco is a science communicator, acclaimed cartoonist, and speaker on all things bird. She’s the creator of the webcomic Bird and Moon, which won the National Cartoonists Society’s award for Best Online Short Form Comic. Rosemary is the author of many science books for young people, including the New York Times bestselling Atlas Obscura Explorer’s Guide for the World’s Most Adventurous Kid. She is also a writer for the PBS kids show Elinor Wonders Why. 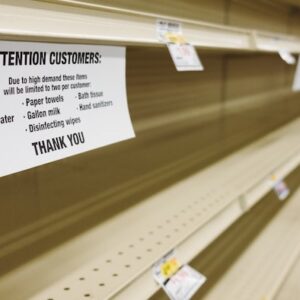 March 11, 2020 There’s an emotional chill in the streets today for the first time. People are suddenly thinking and planning,...
© LitHub
Back to top