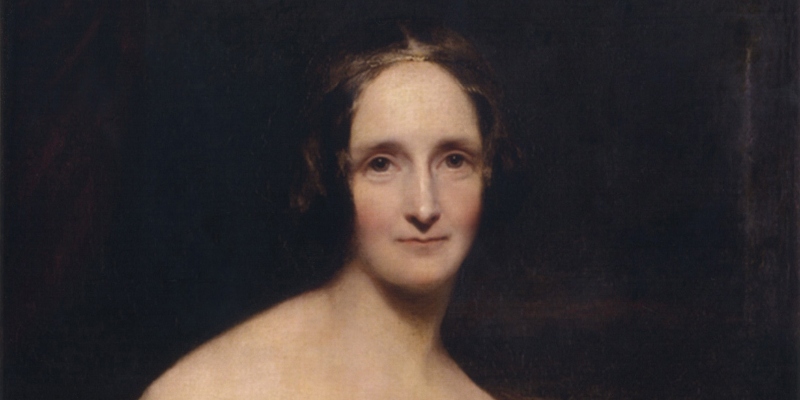 Proof goth is not dead: A first edition of Frankenstein just set a world auction record.

Mary Shelley was goth before it was cool. She wrote Frankenstein—sometimes described as the world’s first science fiction novel—as part of a horror story writing game. She lost her virginity to Percy Shelley on top of her mother’s grave. (To be fair, it was one of her main leisure spots, but still.) She apparently kept Percy’s heart in her desk after he died, wrapped in one of his poems. And though we don’t see a lot of posthumous-lover-heart-preservation these days, we can now be sure that goth isn’t dead: a first edition of Frankenstein was just sold at auction at Christie’s for $1.17 million, setting a world auction record for a printed work by a woman. (Though J.K. Rowling has her beat, The Tales of Beedle The Bard was bought by Amazon, so . . . it seems we’re discounting it.)

The first edition, published in a print run of 500 in 1818, was expected to sell for between $200,000 and $300,000, but eight black-lipsticked bidders (so I assume) kept the auction going for over five hours before the winning $1.17 million bid came in. The edition was especially valuable as it was in its uncut original blue-grey boards rather than rebound in leather.

According to the Christie’s auction listing, Mary Shelley wrote about the process of conceiving Frankenstein in a preface to the later 1831 edition: “I busied myself to think of a story,—a story to rival those which had excited us to this task. One which would speak to the mysterious fears of our nature, and awaken thrilling horror—one to make the reader dread to look round, to curdle the blood, and quicken the beatings of the heart.” Then, as she tried to sleep, she had an “acute mental vision” of what would become the plot of Frankenstein: “I saw the pale student of unhallowed arts kneeling beside the thing he had put together. I saw the hideous phantasm of a man stretched out, and then, on the working of some powerful engine, show signs of life, and stir with an uneasy, half vital motion.” Goth even in her sleep!