One of the best new poetry magazines of the last two years, Prelude has already made a name for itself publishing poems from a quite robust variety of styles, voices and aesthetic attitudes. For their inaugural issue in 2014 this included poems and essays by, among others, Ariana Reines, John Ashbery, Jenny Zhang, Michael Robbins, Mira Gonzalez and Morgan Parker (whose poem “Welcome to the Jungle” was selected for the 2016 Pushcart Prize anthology). In their monthly web edition, one can find poems by Jason Koo, Julie Marie Wade, Jameson Fitzpatrick and Eileen Myles.

To celebrate the release of their second issue, I asked editors Stu Watson and Rob Crawford to select five poems among many other poets therein, including new works by Rae Armantrout, Jacqueline Waters, Davy Knittle, Shane Book, Anne Tardos, Jennifer Tamayo, Katy Lederer, Robert Archambeau, Anthony Madrid, Diana Hamilton and many others. To read more poems from issue 2, head over to preludemag.com

I have known you well along my bottom lip, corners of my mouth,
crown of my skull, base of my back, ass, heel of my foot, in between
my toes, beds of my nails, around the belly button. Capping my knees,
elbows, breasts, shoulders, rubbed deep into my afro. Every single day.
& night too. Before bed I sit up tired, ready to go wherever it is
we go when we close our eyes. But first you save me. I use you to
mold my kinks into twists, into black knuckles. Oh you save me
from morning afro disasters I know are waiting for me. A packed down
flat cake of dry black wool. Unmanageable. Unfuckwittable. Late for work
tryna to make it work. But with you I am on time. & wild like I wanna be
fluffy three dimensional lioness in wolf’s clothing. With you I gleam. I win
the contest folks say don’t exist. Don’t you see? You force love for me,
from me. You coax love like a sky coax smoke from a chimney. I am Black
& gleaming & even babies know it. Dogs know it. Grown women know.
& trees, & the whole ocean know. All of them look at me with a pebble
in their throats. & I shimmer a good song off my skin. The best Black song
off my skin. Oh look at me, walk the street knowing what daybreak knows.
Lookatmememememe. & look at you, shea butter! Never leaving me.
Like a film of rain along my palms. You stay for minutes/hours/whole days.
& I leave little greasy continents of you everywhere I touch.
& I could almost be embarrassed but I leave little shining ponds, man.
I leave lakes. Perfect mirrors, everywhere, everywhere I go.

Remember when dad said he killed zombies
for a living? Thanksgiving, we were all
downstairs watching World War Z. Brad Pitt
was stabbing every undead soul with the kitchen
knife he had duct taped to the end of a shot gun,
as he led his family to the tenement rooftop
in Newark where, of course, a helicopter awaited.
Outside the trees stood sentry and winter threatened
to launch its first assault on our nights and days
while another city succumbed on the plasma screen
where death was figured as an unwanted rebirth.
Which is when dad deadpanned the thing
about killing zombies at work and we laughed
in the dark not knowing what a botnet meant.
Shortly after, I think, you were the first to go,
though you lasted longer than anyone expected,
lumbering back upstairs to sleep just before
a tidal wave amazed the walls of Jerusalem
disintegrating a million mouths and limbs,
all aided by computer-generated imagery.
Incredible, the shapes a crowd can take:
pyramid, tentacle, and wave. The world,
for the most part, resembled ours. After all,
ours is an age of extremity, and zombie sci-fi
reflects and allays our world-wide anxiety.
Or so Susan Sontag would say, whom
I refrained from quoting because I pictured
your eyes rolling. (There he goes again.)
You also missed mom’s live commentary
on the chaotic scene at the besieged airport,
she said it was just like Saigon, April, 1975,
the smoking runway swarming with bodies,
the photogenic escape on the last flight out.
It must have happened in ultra-high definition,
those final days before they were mom and dad.
The other family was reunited in Nova Scotia,
svelt in parkas and ready to face the sequel.
That was November, 2013. We were at your
house in Madison celebrating Thanksgiving early
that year. There was another War on.
You were about to be a mother and slept
for a generation.

In a Monstrance of Glass and Topaz

I’m fetal on a bathmat, the house
Shaking inside a sound
Like a giant synth shitting
Metal Machine. An octopus
Erupts from the toilet.
“Not my home,” she says,
“Ocean up and fucks us
Dandy shell emergencies
Love my body though
I’m through with Galene whom
I never betrayed.” Kelp
Trails gulls through a dead

Whale’s ribs. Nonny paints
The kitchen melodramatic
Red. The octopus is a hologram
Traveling out the window
Through which I follow
If only for the sake of Nonny

And our desire to know
Each other and desert
Each other for new
Centers of meaning so that
The boundaries may reign
And in doing so be undone.

When you tie me up
please be sure to break
my body as I
am no longer
any good
at breaking it myself.

Please feel free
to remove
my skin,
peel me like
a vegetable,
make me smaller,
into a desirable
shape and eat
me because
I want to be
bite-sized.

When we go to bed
do not forget
to set fire to
my hair;
this is the only hope
I have for
being smarter
in the morning.

If you feel the
need to forget
me in the car on a
hot day, there is
no need to lower
the window my blood
needs a good boiling
anyway.

Adam Fitzgerald is the author of The Late Parade (2013) and George Washington (2016), both published by W. W. Norton’s historic Liveright imprint. A contributing editor for Literary Hub and founding organizer of The Home School, Fitzgerald is an editor, teacher and essayist obsessed with the intersections of identity and formal innovation in the lyric and elsewhere. He teaches at Rutgers University and New York University and lives in Alphabet City. Find out more at adamfitzgerald.com
Share:

On Translating an "Untranslatable" Book 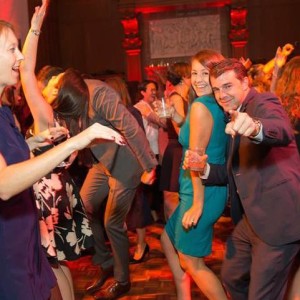 Actual Civilians Show Up at a Literary Party There’s a new literary prize on the scene, and it has a nice feeling. The Brooklyn Eagles Literary Prize is given out by the supporters...
© LitHub
Back to top