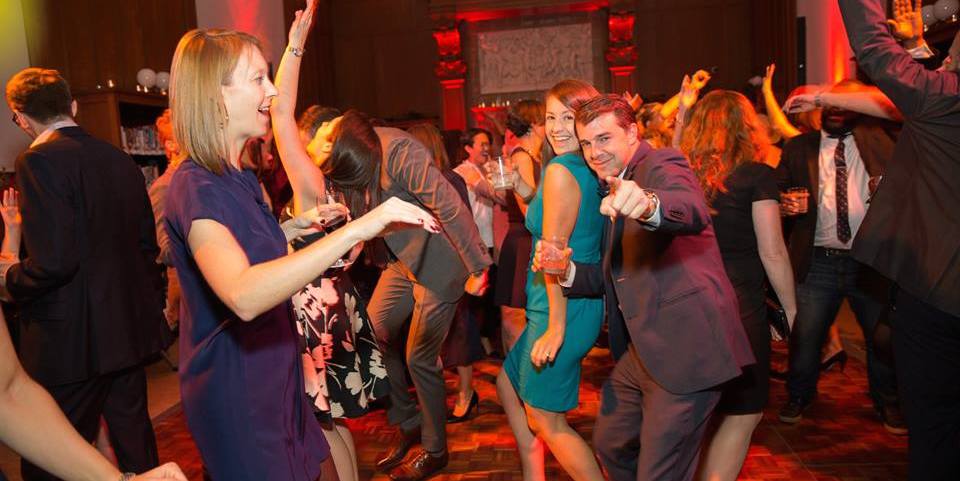 A Nice Night in Brooklyn for the Eagles Literary Prize

There’s a new literary prize on the scene, and it has a nice feeling. The Brooklyn Eagles Literary Prize is given out by the supporters of the Brooklyn Public Library, and I was at their Brooklyn Classic Benefit at the end of last month with one of my publicity clients, Atticus Lish, who had made the short list. I also like the prize because when the New York Times wrote a piece about its debut, the fiction shortlist committee said they’d love to give it to another one of my clients, John Benditt, for The Boatmaker. So I started out as a fan and by the time I arrived at the party, I was a patron.

I showed up in a 1940s-style sapphire blue swing coat dress from the Court Street boutique, Lee Lee’s Valise, accessorized a MaxMara grey fur collar with a little silver chain, plus vintage rhinestone necklace and earrings from Fort Greene favorite, Estate Jewels by George and Raf.

The most surprising thing right off the bat was the people, and the fact that despite the crowd, I hardly knew any of them. Civilians! When I first started this column, I told my editor I didn’t want to go to all the usual parties, and if I did, I didn’t want to talk to all of the usual people. I would have reported on the motivations and backgrounds of the guests a little better, but the cocktails were delicious, as was the gorgeous Park Slope library building. The featured drinks were a Dorothy Parker (gin and muddled cherries) and The Carnegie (clever, vodka). I had a couple of the former and admired the frescoes over the fireplace, in that old manor style.

I think I saw Joel Whitney of Guernica fame and Daniel Reid from the Whiting Foundation across the room, and Amy Shearn, who is the cat’s pajamas, was definitely there, in a strapless dress with letters all over it from J.Crew. She’s hosting Bookish, an interview series at the Park Slope library, and finishing up a novel about “what else, a librarian! And a haunted house. And the history of Brooklyn.” In terms of Bookish guests, she “just had Naomi Jackson; next up is Amy Fusselman, and then Judith Wellman, who wrote a great book about Weeksville, a settlement of free African-Americans in 19th-century Brooklyn!” Keep an eye out for that.

The speeches were charming, about goals which originally sounded modest, such as campaigns that “painted two fences, and raised $150,000,” but became ever more striking when it was pointed out that a few years ago, that branch wasn’t open. Councilman Brad Lander, who contributed the Reading Garden, which sounded very intriguing to me (and made me think of the wonderful Shakespeare Garden in the Brooklyn Botanic Garden), talked about an upcoming event that his daughter is helping to organize, the Girls Read for Girls Read-a-Thon at the main branch of the Brooklyn Library on November 15th.

The finalists for the first Brooklyn Eagles Lit Prize, intended to highlight the best of the borough, were nominated by local independent bookstores, and had sparkling lists of judges: in fiction, Joshua Cohen, Junot Díaz, Heidi Julavits, Phil Klay, Téa Obreht, Jacqueline Woodson, and Ashley Mihlebach, Chair; and in non-fiction, Philip Gourevitch, Leslie Jamison, Larissa MacFarquhar, Jonathan Mahler, Wesley Morris, Jennifer Senior, and Charles Duhigg, Chair. The shortlisted fiction finalists were James Hannaham (Delicious Foods), Atticus Lish (Preparation for the Next Life), and Anya Ulinich (Lena Finkle’s Magic Barrel). The nonfiction finalists were DW Gibson (The Edge Becomes the Center: An Oral History of Gentrification in the Twenty-First Century), Claire Prentice (The Lost Tribe of Coney Island: Headhunters, Luna Park, and the Man Who Pulled Off the Spectacle of the Century), and Kent Russell (I Am Sorry to Think I Have Raised a Timid Son). DW Gibson won and looked cool in a pin-striped sport coat and jeans. Atticus won, too, and always gets the details right in his speeches. There were macarons. My date and I decamped across the street to Barbès for what turned out to be a night of mambo, featuring Felipe Fournier’s vibraphone tribute to Tito Puente, and a very good one indeed. 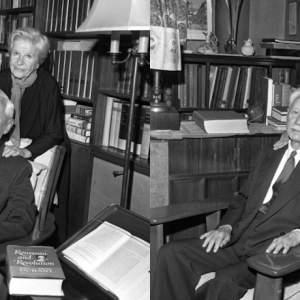