On Translating an “Untranslatable” Book

Some translators might prefer their authors to be dead or reclusive, but I’m perfectly happy with alive and talking. Hearing my authors’ Russian voices, whether in person or via the Internet, helps me create English-language voices for their fiction. The intonations I hear in their spontaneous conversation and email—whether “intonations” are conversational contours I hear with my physical and internal ears, or the shadings I interpret from word choices—feed my intuition as I translate.

My intuition craves feedings, so getting to know Eugene Vodolazkin early in the process of translating his Lavr, a novel about a man in the Middle Ages, into the English-language Laurus was a real feast. Though many Russian readers told me they thought the novel was impossible to translate, I loved the book so much that I agreed to translate some samples, and, later, the whole book. I was only a couple months into the work when organizers of a translator conference in Moscow sent out a pre-event message last year asking which authors I might like to meet at the conference. Eugene was first on my list. I didn’t know then that Eugene had asked to meet me, too; he’d already read my sample translations from Laurus and wanted to talk. Our first meeting wasn’t at the conference, though. We met on the street instead, something we’ve joked about because, in Russian, saying you first met someone on the street can sound a bit unsavory.

I’d stepped outside the hotel after breakfast to check the weather, and Eugene and his wife were approaching the hotel, pushing a suitcase after a night train. I recognized Eugene because I’d seen his picture on the Internet. He immediately asked if I was Lisa, though in Russian he calls me Leeza and I now call him Zhenya, a diminutive form of his name. Our conversation, which must have gone on for about an hour, was perfectly savory, indeed, because we talked a lot about how he wrote Lavr and how I was translating it into Laurus.

What I learned standing on the street, with Eugene, his wife, and their suitcase, is that intuition was an important factor when he wrote the novel. Laurus is set in the Middle Ages and the main character, Arseny, talks a lot with a friend about the concept and existence of “time.” Eugene reinforces his theme of timelessness by creating a unique combination of archaisms and contemporary slang, as in this passage:

And you, O brother, what is necessary for thy life? Ask me and I will geue you a good rewarde.

Arseny was silent and then holy fool Foma said:

If I chose for him, will you geue the rewarde?

Then geue him the great burg of Pskov, said holy fool Foma. And sufficient it shall be for his sustenance.

The mayor did not utter another word, for he could not give the entire city away to Arseny. And holy fool Foma began laughing when he saw Mayor Gavriil’s distress:   Take it easy; jeez. If you can’t give him the city, then don’t. He’ll get it without you anyway.

When I asked Eugene how he’d decided where to include old language and why, he cited his intuition, which told him when to retain archaisms and when to play with the old language, adjusting it so contemporary Russian readers would understand. Something in me must have sensed that even when I’d worked on the excerpts months before: I’d been working the same way. Knowing how Eugene had written the book and then hearing that he liked my approach to the archaic language freed me to continue translating Laurus as I had been, combining words in ways that might not always match specific Bible translations word-for-word but that matched both the text and the spirit of the book. That was probably the most challenging aspect of translating Laurus, though of course I think “challenging” translates to “fun,” particularly when people tell me a text is impossible to translate.

I relied heavily on intuition at all stages of my work on Laurus. I read drafts out loud to myself and, occasionally, to the public at library events. I also relied heavily on the spirit of Eugene’s text, something I soaked up and felt very deeply. I depended on that abstract spirit far more than on a very physical stack of books written in and about the Middle Ages, books I’d dutifully collected for research. I’ll be honest: I didn’t finish many (or any?) of those books, though I did find helpful background material in introductions and various passages of history books and medieval herbals, as well as The Canterbury Tales and The Decameron. These all helped sharpen my intuition for translating Eugene’s words, but I don’t understand that phenomenon very well, either.

I truly like the mysteriousness of not understanding all the decisions I make when I translate: I suspect a translation’s heart and soul comes from choices the translator can’t explain. Some words or phrases just feel or sound right. Sometimes they just look right: I chose “yf” over “yif” in large part because it simply looked nicer to me, somehow less daunting and more immediate, on the page. (“Yf” also didn’t remind of two brands: the peanut butter Jif or the wallpaper remover Dif.)

I saw a lot of my reading and skimming of the medieval books as trawling for words, sounds, and patterns that I absorbed, mostly subconsciously, so they could seep into my own writing as I translated. My “aural vision” for Laurus’s syntax came more from reading, pattern recognition, and intuition-based replication than from making conscious decisions about where to end sentences. I like to just let those things happen and carry me away. It’s a lot like how fiction writers say their characters start talking to them, coming to them out of nowhere.

That means, though, that I couldn’t answer my Russian colleague Mikhail Vizel when he asked about a line from Laurus, “Bathe thyself, yf thou wylt.” I simply don’t know if the grammar is from King James’s time, though I can confirm that Mikhail is correct in calling my translated sentence “Pseudo Old Language.” In translating Lavr in order to write the text of the English-language book known as Laurus, I blended language from many centuries, just as Eugene did, and I think the translation’s mix of a neutral-sounding “base” narrative, my “Pseudo Old Language,” real Middle English (some of the Bible quotes are from real Middle English translations), and bits of contemporary slang makes for a fun linguistic mash-up.

I like my books—be they Russian originals or translations—to be fun. I suspect that’s probably because it’s usually intuition that determines what’s “fun.” I have to wonder, too, if some sort of intuition might have drawn me to those hotel steps that morning in Moscow at just the right moment so Eugene and I could meet and talk about Laurus. I’ll never know, just as I’ll never know exactly why I make the majority of my word choices.

Lisa Hayden is a literary translator who also writes about contemporary Russian literature and translation at Lizok’s Bookshelf. Her most recent translation, LAURUS by Eugene Vodolazkin, has just been published in English. She lives in Maine and can be heard from @lizoksbooks.
http://lizoksbooks.blogspot.com

"Daughters of the Animal Kingdom" 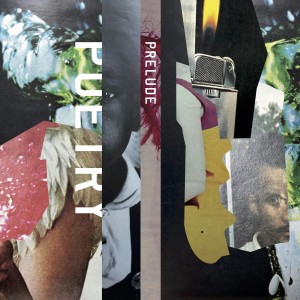 Prelude 2 Issue Launch One of the best new poetry magazines of the last two years, Prelude has already made a name for itself...
© LitHub
Back to top