Playlist for a Classic Novel:
A Midsummer Night’s Dream

10 Songs for Shakespeare's Most Magical Comedy

First things first: I know A Midsummer Night’s Dream is a play and not a novel. But I write this column, and therefore, much like Puck—not to mention Shakespeare himself—I get to break the rules. Plus, it’s feeling mighty midsummery out there (though technically, we’re way past the solstice), so a romantic, hot-weather playlist seems like just the ticket to get us all through the weekend.

A Midsummer Night’s Dream is filled with music—fairy songs, mostly (“Weaving spiders, come not here; Hence, you long-legged spinners, hence; Beetles black, approach not near; Worm nor snail do no offence,” etc.)—and has been given many musical treatments over the years since it was put to paper in the late 1500s. But what if William Shakespeare had been a young, love-sick playwright, looking for inspiration in this century? Below, I’ve picked some dreamy, goofy, magical tunes that might have made for good writing music for the bard of bards.

Act 1: “The course of true love never did run smooth.”

When we begin, Hermia loves Lysander, Lysander loves Hermia, but Hermia’s father wants her to marry Demetrius—whom Helena loves. To escape the verdict of Theseus (who says do what your father says or get thee to a nunnery), Hermia and Lysander plot to elope, and trek through the woods to a place where they can be married outside of Athenian rule. They tell Helena, who immediately tattles to Demetrius. Who knows why! It doesn’t suit her purposes at all, honestly. Elsewhere, Peter Quince doles out parts to his “rude mechanicals” for a production of “the most lamentable comedy and most cruel death of Pyramus and Thisbe,” and Nick Bottom is an ass about it.

When your parents don’t understand, all you can do is sneak off into the night, to get into whatever kids are into in your own personal time period—you know, drugs, sex, teenage marriage. Whatever works.

“Being for the Benefit of Mr. Kite!,” The Beatles

Famously inspired by a vintage carnival poster, this is one of the weirdest songs on Sgt. Pepper’s. It has always reminded me a little of Nick Bottom—admittedly, the Kevin Kline version—who is nothing if not a bombastic showman worthy of three rings, and who would no doubt style himself Mr. Kite, and Mr. Henderson, and Henry the Horse.

Trouble in the fairy kingdom: Queen Titania and King Oberon are at odds. Oberon sends Puck to pluck a special flower, “love-in-idleness,” whose juice, when squeezed into the eyes of a sleeping person, will make her fall in love with the first thing she sees when she opens them. Demetrius abuses and insults Helena in the forest as he tracks Hermia and Lysander; Oberon watches them and tells Puck to give the Athenian youth a little bit of that love juice after he’s used it on Titania, his real target. Puck finds the wrong Athenians, and anoints the eyes of Lysander instead. When Lysander wakes up, he sees Helena first and falls in love, following her and leaving Hermia alone in the woods.

“I Put a Spell on You,” Screamin’ Jay Hawkins

Honestly, Screamin’ Jay Hawkins is as Puck as it gets. Extravagantly stylish, mischievous, generally intoxicated, covered in gold and leopardskin, pulling faces for the entertainment of the fairies—he was a magic creature if ever there was one.

Well, Shakespeare was nothing if not ironic, you know.

The fellows rehearse in the woods (“so near the cradle of the Fairy Queen,” Puck notes); Nick Bottom is an ass. Then Nick Bottom is actually an ass, courtesy of Puck, who likes his fun. It is this monstrosity whom Titania sees first when she wakes, and thus she promptly falls in love with him. As for the Athenians, Puck tries again, leaving both Lysander and Demetrius in love with Helena, and Helena ready to tear her hair out, certain that they are mocking her. Hermia is also unhappy, for obvious reasons. To keep them from coming to blows, Puck confuses them, leading them all through the forest until they are quite lost. When they sleep, he juices them up again.

“Who Could Win a Rabbit,” Animal Collective

A cacophony of confusion for fairies and mortals alike, and furthermore, a song that always makes me think, somehow, of magic.

The young lovers think they’re just heading into the woods—but little do they know they’re actually ducking into a fairy-spun rabbit hole. Where else could you find men walking around with other creatures’ heads on? Or a love potion that not only changes who you love, but, somehow, who you are?

“Paradis Perdus,” Christine and the Queens

Perfect for a play that’s so much about translation and transformation: a bilingual song that repurposes both Kanye West and Christophe. Perhaps a fitting reflection of Hermia’s state of mind when she finds her lover has suddenly abandoned her and sworn to love her friend.

Satisfied with his revenge, Oberon undoes the spell on Titania, and restores Bottom to his regular assery. The Athenian youths wake up perfectly paired: Helena to Demetrius, Hermia to Lysander. Demetrius withdraws his claim to Hermia’s hand, and they all go home.

My first choice for the midnight summer gloating song of the Fairy King.

“I Only Have Eyes for You,” The Flamingos

Considering the constant suggestion of eyes being the source of love—or at least the location where love can be manipulated—in this play, this may be reassuring.

Act 5: “And this weak and idle theme, no more yielding but a dream.”

Peter Quince and company perform their play, Oberon and Titania make up, and everyone else gets married.

Required listening for all happy endings.

Svetlana Alexievich on Why She Does What She Does 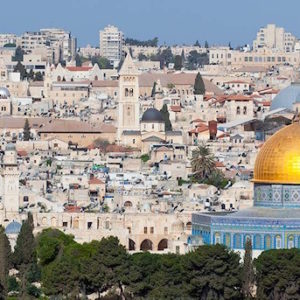