From the Collection The Poetic Garden of Liu Zongyuan

In this poor, shabby place, I barely keep well
as toxic airs trouble me to no end.
Midwinter here lacks hail or frost;
every evening, the south wind’s lukewarm.
Cane in hand, I descend to the courtyard’s edge
but my heels drag and I can hardly reach my gate.
At the gate is the Official of Cleared Lands
who comforts my drifting, withered spirit
when he tells me about a magic herb
nearby, in a field west of the Xiang River:
“Take the herb for no more than ten days
and your limps will become leaps and soars.”
I smile, clap, and hurry toward the official,
begging him to pull the plant at its roots for me.
Dense and lush, it soon fills my courtyard
with clusters of sudden, bright blossoms.
At dawn, I rise to pick and sun-dry them.
My pestle and mortar sound all through the night.
These mild fairy wings balance my insides—
the best place to treat an illness is at its source.
They scatter and oust my feverish mists
then, stretching, they cast off excess warmth.
If only I could prove this magic feat,
I wouldn’t need to keep buying sweet sedge.
I’ve heard of certain odd people’s skills,
how they can hold one breath half the night.
It requires them to breathe very deeply
while feeling the air flow up from their soles.
Self-indulgent, I’d have trouble with that,
so I’ll keep taking medicine instead.
Those who are paralyzed don’t forget to get up
and those who are poor say, “I must rise again,”
so come on, magic herb, help my feet,
make me lucky enough to run like a child! 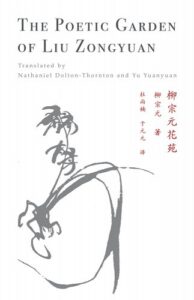 Excerpted from The Poetic Garden of Liu Zongyuan by Liu Zongyuan, translated by Nathaniel Dolton-Thornton and Yu Yuanyuan. Copyright © 2022. Available from Deep Vellum.

Liu Zongyuan (773 – 28 November 819) was a Chinese philosopher, poet, and politician who lived during the Tang Dynasty. Liu was born in present-day Yongji, Shanxi. Along with Han Yu, he was a founder of the Classical Prose Movement.
Nathaniel Dolton-Thornton is a recent graduate of the University of Oxford, where he studied Chinese poetry and translation as a Marshall Scholar. His writing has appeared or is forthcoming in Tin House, Prelude, Poetry Salzburg Review, Griffith Review, Salamander, Sycamore Review, TAB, Tipton Poetry Journal, The Account, Raritan, and other publications.
Yu Yuanyuan is Associate Professor in the School of Foreign Studies at Anhui University, academic visitor in the Faculty of English at the University of Cambridge (2018-2019), and translator. Her recent poetry translation appears in Poetry Hall, The World Poets Quarterly, etc. Her translations have appeared in Modern Poetry in Translation, “the only truly international journal in Britain” (James Kirkup), Poetry Hall, The World Poets Quarterly, and Translating China among other publications.
Share:

Just in Time for the Holidays: 5 Books To Read For When You’re Lonely 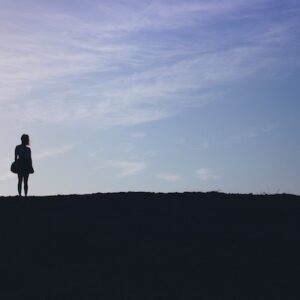 Just in Time for the Holidays: 5 Books To Read For When You’re Lonely Bedtime stories and book clubs aside, reading is largely a solitary pursuit. Yet books have an incomparable ability to help...
© LitHub
Back to top
Loading Comments...