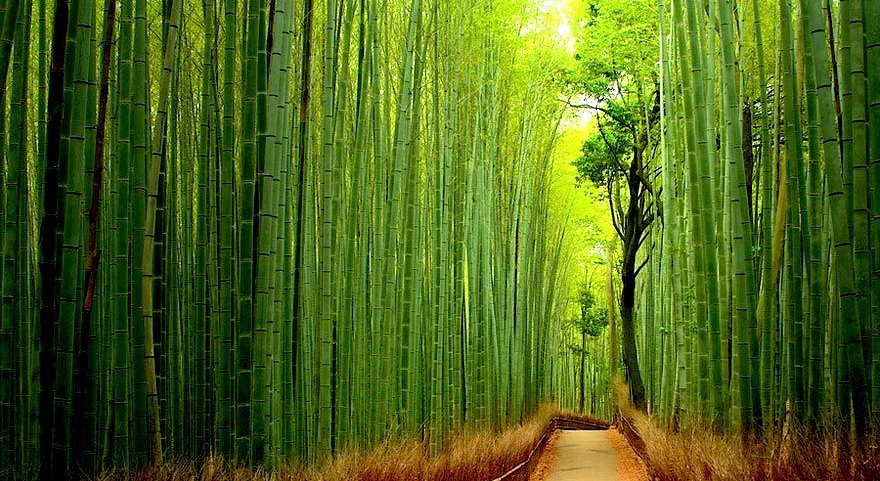 Kawabata: “No word can say as much as silence.”

More important than learning to speak Japanese when you come to Japan is learning to speak silence. My neighbors seem most at home with nonverbal cues, with pauses and the exchange of formulae. What is the virtue of speaking Japanese, Lafcadio Hearn noted, if you cannot think in.

Seventy percent of Japanese sentences, by one count, lack a subject, and 50 percent of all spoken sentences do, too.

Japan’s foundational novel, The Tale of Genji, is notoriously hard to translate, because proper names are sometimes avoided, the subject of a sentence changes halfway through and speakers are seldom indicated. As the scholar of Japan Ivan Morris writes, the hard-and-fast divisions we like to maintain—between past and present, question and statement, singular and plural, male and female—don’t apply. “Sometimes it is not even clear whether the sentence is positive or negative.”

Even those sentences that do have clear beginnings in Japan generally trail off, like pen-and-ink drawings that leave most of the page open for a viewer to complete. In England, I learned to start sentences by saying, “I’m not exactly sure . . .” but in Japan the studied vagueness is not just about diffidence but about allowing room for someone else to turn an opening note into a duet.

Speech is dangerous in Japan, precisely because so many unspoken rules hover around it. It’s generally a bad idea to use the word “you”—too intrusive—and there are said to be 20 ways of saying “I.” Women are expected to refer to themselves in the third person, men not. A single verb in Yasunari Kawabata’s short novel Snow Country is translated in 29 different ways because what we would render as “I think” can in Japan mean “I remember,” “I long for” or 27 other things.

One prince in Genji has never been allowed to speak with his own sister except through curtains or behind a screen. Yet men in Genji’s world think nothing of going to bed with women with whom they’ve never exchanged a word.

You can tell a Japanese restaurant in the Sixth Arrondissement of Paris, my wife points out, by the fact that (unlike the places run by Koreans or Chinese) it never says “Japanese” at the entrance.

In Japan, more than anywhere, nothing is more fatal than thinking you know what’s being said. The English word “hip” in Japan refers to the buttocks, and “smart” means slender. “Naïve” is a good word in Japan, and so is “tension.” A “mansion” refers to a thick-walled, modern and often small apartment.

In Japan, I never forget that a great conversationalist is one who listens.

A couple that got married in Nagasaki soon after the bomb was dropped on the city, Susan Southard reports, would mention the transfiguring event once, and then never again.

“There are two silences,” wrote Harold Pinter, introducing his Complete Works. “One when no word is spoken. The other when perhaps a torrent of language is being employed. This speech is speaking of a language locked beneath it.”

Perhaps the most celebrated poem in Japan is Basho’s gasp of delight at seeing the island of Matsushima.

Hours after the bomb was dropped on Hiroshima, what struck a German priest was the silence, even in a grove where hundreds of survivors had gathered. No one wept or screamed; no one complained; children barely cried. Those who sobbed, sobbed silently; those given water bowed their thanks.

“No word,” wrote Japan’s Nobel Prize-winning novelist Yasunari Kawabata, “can say as much as silence.”

“People in America would be upset,” I said to my wife when she informed me that her doctor had just told her, for the first time, that she’d been suffering from a mild form of cervical cancer ten years previously (he’d told her now only because the danger seemed to have passed).

“Really?” she sang back. “I thought he was being kind!”

When, however, Hiroko went into the hospital for a simple infection, 19 years later, her friends assumed she was struggling with cancer.

Editions of The Tale of Genji come with 70 closely packed pages of genealogy. But the book’s author, Lady Murasaki, never mentions either her late husband or her small daughter in her diary.

At Kyoto’s most exclusive inn, Tawaraya, its thousand-dollar-a-night rooms often the preserve of European royalty or Hollywood movie stars, many of the staff don’t speak English. Finding English-fluent workers would not be hard, but part of the grace of the inn is to see that English doesn’t go with shuffling feet and kimono, with seasonal delicacies and polite demurrals. The most essential things come across without words.

“His magnanimity was apparent to all who met him,” a local guide told the American poet James Merrill of Arnold Toynbee’s visit to Japan. “Never once did he reveal his true feelings.”

In England, Japan’s Western cousin, I learned that the ultimate sign of intimacy is not all you can say to a friend, but all you don’t need to say.

The less my Japanese neighbors talk, the more room there is for surprise, and for them constantly to transcend my understanding.

“My voice gives out when I’m singing for someone I know well,” says a geisha in Kawabata’s Snow Country. “It’s always loud and brave for strangers.”

In Japan, I never forget that a great conversationalist is one who listens. The visionary theater-director Peter Brook told me he’d bring all his productions to Japan because even in his nine-hour rendition of The Mahabharata, without subtitles, Japanese audiences sat rapt. In L.A., where people could follow every word, they were fidgeting in their seats, whispering, barreling off to the restroom and falling asleep.

In the public sphere, this commitment to saying nothing may suggest a crippling caution and refusal to take the initiative. In the private, it opens up to a bottomless intimacy.

I used to watch Leonard Cohen and his great friend of more than 40 years, the Zen teacher Joshu Sasaki-roshi, sit in silence together for long stretches, not least because Cohen spoke no Japanese and Sasaki limited English. When I visited Cohen at his home, he would take a couple of chairs out into his tiny front garden, overlooking a bed of flowers, so we could sit there for half an hour or more, saying nothing.

One sign that Sofia Coppola’s Lost in Translation is a Japanese movie is the fact that the audience never hears its last, and presumably most important, sentence.

Another is that we don’t know whether it has a sad or happy ending.

The first koan given in many a Zen temple is mu. The best translation of this is “Not one, not many, not no, not yes.” It might almost be the interval between the notes out of which John Cage made his Japanese-inflected music—or the name Cage’s fellow Zen student Leonard Cohen took on with his black robes: “Jikan,” sometimes translated as “the silence between two thoughts.”

Long before Cage’s 4’33”, a musical piece in which nothing was played, Shinto shrines were said to offer “silent concerts,” in which wind instruments and strings assembled, and not a note was delivered. 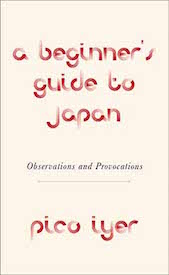 A Beginner’s Guide to Japan by Pico Iyer is now available from Knopf. Featured with permission of the publisher, Knopf. Copyright © 2019 by Pico Iyer.

Pico Iyer is the author of fifteen books, translated into twenty-three languages, and has been a constant contributor for more than thirty years to Time, The New York Times, Harper’s Magazine, the Los Angeles Times, and more than 250 other periodicals worldwide. His four recent talks for TED have received more than eleven million views. His new book The Half Known Life is available now from Riverhead.
http://www.picoiyerjourneys.com

Kimberly King Parsons: Does Great Art Need To Be Understood? 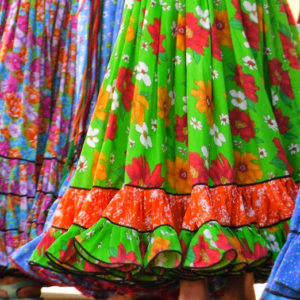 In August of 2019, my husband and I drove across the Zaragoza Bridge, one of the connectors between my hometowns of El Paso,...
© LitHub
Back to top
Loading Comments...