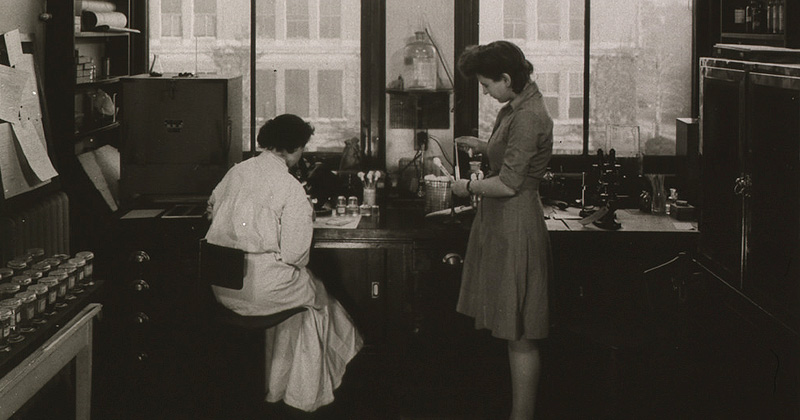 At 17 I had a job at the Boston Museum of Fine Arts selling posters for a special Van Gogh exhibition. This was an astonishing job for a teenager, and during my lunch breaks I made the museum my own, wandering the galleries, looking at how others had looked and rendered. I realized that not only was I a completely undisciplined adolescent, but my eye was untrained. I had no idea how to sit still and gaze at anything.

That spring I turned 18 and ran off to Paris with my boyfriend, but when we came back I became a full-time student at the School of the Museum of Fine Arts.

The Museum School in those days was wondrously strict, requiring classes in human anatomy and classical perspective, among other things. This was particularly good for me, as I had never drawn or painted. After three years immersed in art and majoring in painting and ceramics, I got curious about the entire rest of the world. So I began school again, as an undergraduate at Harvard, and majored in biology, which was suddenly exploding, the double helical structure of DNA having been discovered just the previous decade. I stayed on to get my PhD, and then became a post-doctoral research fellow looking at control of gene expression in the silk moth eggshell.

My days were spent at the electron microscope, where the screen was so dim that I had to be constantly dark-adapted in order to see anything there. I would scuttle sideways in the corridors like a crab, always trying to stay away from windows or other sources of light. If I found myself outdoors in the middle of the day, I knew I was playing hooky. I lived for 17 years among silkmoths, and I thought I would be there for the rest of my life. The microarchitecture of those insect eggshells—enlarged 30,000 times—was breathtaking: swirling patterns of fibers constructing strange miniature temples with colonnades and air chimneys, all to surround and protect an egg the size of a poppy seed. While the adult moths were small and white and nondescript, the caterpillars were beautiful, like jade moving. However, except for their absurd appetite for mulberry leaves, and their alchemical habit of turning that mulberry into silk, the silkworm psyche was opaque to me.

My evenings were spent reading novels. I knew my colleagues were either working late in the lab, or reading scientific journals at home, but I was captured by Conrad, Tolstoy, Melville, Proust. Perhaps I should have seen this as a sign of what was coming. The more time I spent with the silkworms, the more I began to think about humans. Reading Thomas Kuhn’s The Structure of Scientific Revolutions about the change from Newton to Einstein in modern physics, I wondered whether that paradigm shift was related to how we, as individuals, behave in daily life.

I became obsessed with the question of how we change our minds. But I wanted to look at this question on my own, not in the language of an academic discipline, and definitely not in the context of the psychology department. I didn’t want to put a hundred volunteers in a room and watch them change their minds. Novels were my textbooks for the human condition, and I suspected if I tried to write one, I might not know, in the end, how we change our minds, but at least I would have looked closely at the problem. I can’t really explain it, but I felt that for this project I needed to jump out of the clean cold simplicity of the scientific experiment. It was indeed a sudden break; I felt as though I had been kidnapped. For as soon as I started writing I knew I preferred the difficulty and full-blooded liveliness of fiction, the complexity and beauty, the constant dedication to language.

But I had no idea how to write. In biology we were schooled to write only in third-person passive, using Latinate phrases whenever possible: “Twenty-three gravid female Antherea polyphemus moths were dissected . . . ”  instead of: “I killed and cut apart 23 sublimely beautiful creatures.” In college I had avoided all English classes, except for one where we read Beowulf in Anglo Saxon.

After two years of working on my own, I saw a friend’s manuscript with her teacher’s comments in the margins. I realized that there was a whole language of craft out there, and I wanted to know it. I suspected that I could stay in my garret and make it up on my own, but that it would possibly take the rest of my creative life to do so. Or I could go to where people were talking brilliantly about the elements of fiction and try to learn from them. So I went and got an MFA at the extraordinary Program for Writers at Warren Wilson. Since then I’ve been writing, editing, and teaching.

Writing is the loneliest sport. When I first left biology for writing my first reaction was, Hey, where is everybody? Suddenly there were no colleagues to argue with or tell me which parts of my ideas were too absurd. But I also loved that aloneness, the splendid selfishness of inhabiting one’s own ideas. It was grand not to have to compromise with a bunch of co-authors.

In some moods I do regret those 17 years I spent in science, years when I could have been learning to write, as it is such a long apprenticeship. But I also appreciate having a thorough foundation in biology. I tell my students that everything we know deeply, every bit of training or language or dialect is a part of the mountain of compost in the farmyard that allows us to see further in unusual directions, as we crow from the top like roosters.

Recently I have come to see that the Visual Arts, Biology, and Writing are all different forms of getting at that necessary activity: Paying Attention. For me, the kind of biology I did was strongly reductionist—ever smaller effects and their causes nesting like Russian wooden dolls—while writing constantly feels expansionist: the “what is” extending to all the realms of the real, the emotions, the senses, and the contrary-to-fact. It turns out to be the best way I know of staying my gaze and approaching that ferocity of attention that the world asks for and deserves.

Grace Dane Mazur is the author of Hinges: Meditations on the Portals of the Imagination; Trespass: A Novel; Silk: Stories; and most recently, The Garden Party. Trained in painting, ceramics, and biology, she was engaged in postdoctoral research on morphogenesis in silkworms when she left biology in order to write. Most recently she has been on the fiction faculty at Harvard Extension School and at the MFA Program for Writers at Warren Wilson College. She lives in Cambridge and Westport, Massachusetts, with her husband, the mathematician Barry Mazur. 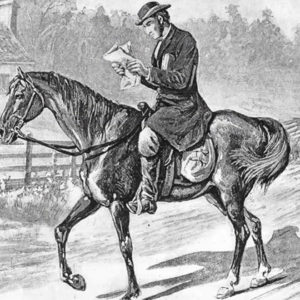 In 1838, four-year-old Wes rode next to his father, Joseph Powell, on the last leg of their journey south to Jackson from...
© LitHub
Back to top