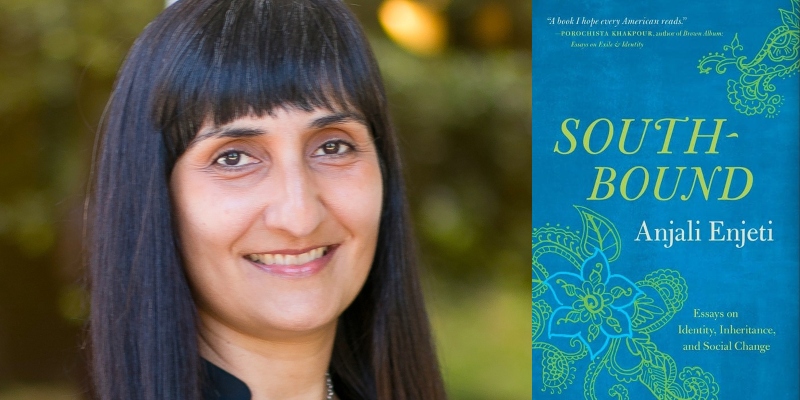 The Author of Southbound Talks to Sari Botton

On this episode of Personal Space: The Memoir Show, Sari Botton interviews Anjali Enjeti, who recently published Southbound: Essays on Identity, Inheritance, and Social Change with the University of Georgia Press. In twenty essays, Enjeti covers a wide range of topics around her life in the deep South as brown woman of mixed race: experiencing and witnessing racism; encounters with white feminism; gun violence in schools; the AIDs crisis in the south; voter suppression; the rise of nationalism, and more. Please consider purchasing the book from your local bookstore, or through Bookshop.

Sari Botton: You confront some really difficult issues head-on, and you reveal a lot of very personal information—like about your miscarriages, and a case in which you might have chosen to have an abortion. I think of you as a fearless activist, and I was inspired by your tireless work on the ground during the 2020 election, helping to turn Georgia blue, and to fight suppression of marginalized voters. I wonder, were any of the topics more difficult for you than others to address in your writing here? Were there any topics that gave you pause?

Anjali Enjeti: Absolutely. There was certainly more than one of those. Any essay in there where I write about my complicity, the early drafts painted me in a far better light than was reality. So drafting for me was initially making me look like I wasn’t so bad and that I was more evolved as a human being, and fighting white supremacy more than I was. So each draft was me sort of grappling with my very deep-seated shame, and kind of coming to terms with that in order to write a draft that was more accurate about my role of being an accomplice to bigotry, even though it was subtle. I mean, I was talking about racism from the time I was a child, and talking about homophobia from the time I was a child, and I had a lot of friends from various marginalized backgrounds. But I still wasn’t doing enough. So when I wrote these drafts I had to really reckon with that.

The hardest thing I think I’ve ever written in my life was the essay entitled “In Memory of Vincent Chin: An Elegy in 19 Acts,” in which I grapple with the fact of Vincent Chin’s death. I was eight years old when he was brutally killed twelve miles from where my family and I lived in Michigan. News about his death and the justice system failing him and his family played on our local news channel for many months. I also began understanding Asian identity, and my Asian identity specifically, and anti-Asian hate. The challenge with that essay, as is with writing about anyone who is not yourself, how do I write this authentically without turning it into some kind of tragedy porn? How do I do justice to somebody else’s life? It took me years of thinking about that essay before writing a single word, because I was really worried about the kind of power I had as a writer in telling the story of somebody who has become a symbol for the Asian American community. 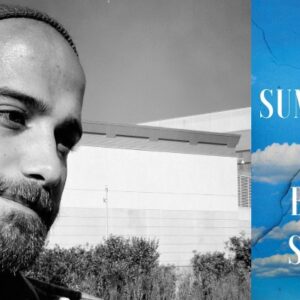 Barrett Swanson is the guest. His new book, Lost in Summerland, is out now. From the episode: Barrett Swanson: The book...
© LitHub
Back to top