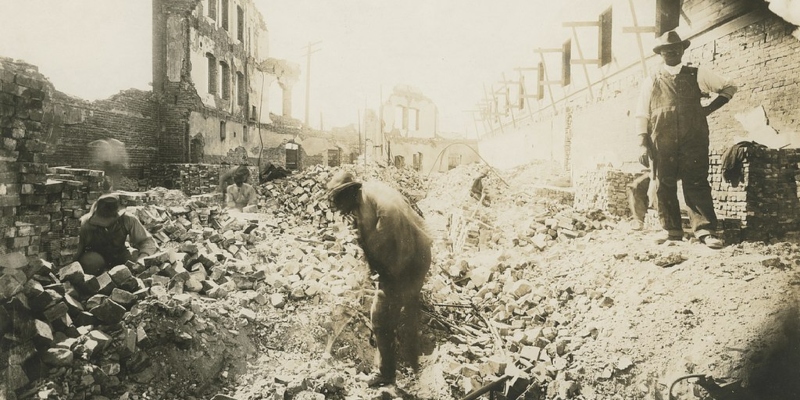 In Conversation with Tim Madigan and Andrew Keen on Keen On

In this episode, Andrew is joined by Tim Madigan and Hilary Beard, the authors of The Burning: Black Wall Street and the Tulsa Race Massacre of 1921, to tell a long-forgotten story of Black prosperity and resilience decimated by racist violence, as well as to discuss the connection between the historical significance of the massacre and the ongoing struggle for racial justice in America.

Hilary Beard: President Biden talked about this yesterday; he talked about this narrative of a zero-sum game. And I think a zero-sum game narrative is inaccurate. It assumes that people—and in this particular case, people of color—are going to compete with white people for something and take something from them. It does not ever imagine—and I think racism often contributes to a failure of imagination—does not ever imagine that black or brown people might have something to contribute to white people. It does not ever imagine that perhaps some of the problems that white people are facing right now, with this 40 percent or whatever percent it is that we’re talking about, the people who don’t want to have this conversation struggle to imagine that part of what they’re struggling with is that they’re missing us.

And that society has been constructed in such a way that we’re unable to contribute to a similar degree as many—perhaps most—white people are our gifts, our talents, our skills, our ability, our brilliance, our ingenuity. And that perhaps one of the reasons we’re stuck is that we keep asking the same old people to solve our problems, people who have their own perspective—I’m not saying it’s a good perspective or a bad perspective, it’s just a limited perspective. We keep asking those same people. And perhaps there are whole swaths, broad swaths of the population who we’re not allowing to contribute their gifts and talents and not allowing to participate in a way that they can help to solve these problems and contribute to their community, too. I think that’s part of the reason why we’re stuck. And people are having a hard time imagining black and brown people as people who give not just take.

In a journalism career spanning more than three decades, Tim Madigan has written for the Washington Post, Chicago Tribune, Politico, Reader’s Digest, and for thirty years the Fort Worth Star-Telegram.

Hilary Beard uses her skills as a writer; as someone highly skilled in deconstructing complex topics to make them accessible to the general public; as a creative; and as a faith walker to educate people in ways that help them develop to their full potential. Whether as an award-winning writer and journalist; a public speaker; through training and development experiences; or through executive, racial-equity, or personal-development coaching in individual or group settings, Hilary feels most joyful when she’s helping people overcome limiting beliefs and develop strategies to evolve into the vision of themselves they envision in their mind’s eye and to fulfill their spiritual destiny. 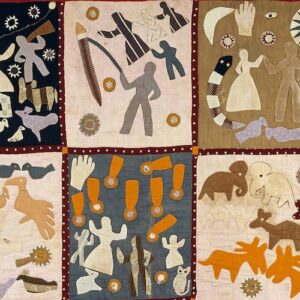 “Well now, what about us, the women who were sitting here in Mt. Zion Church, the women coming after our great ancestresses?...
© LitHub
Back to top