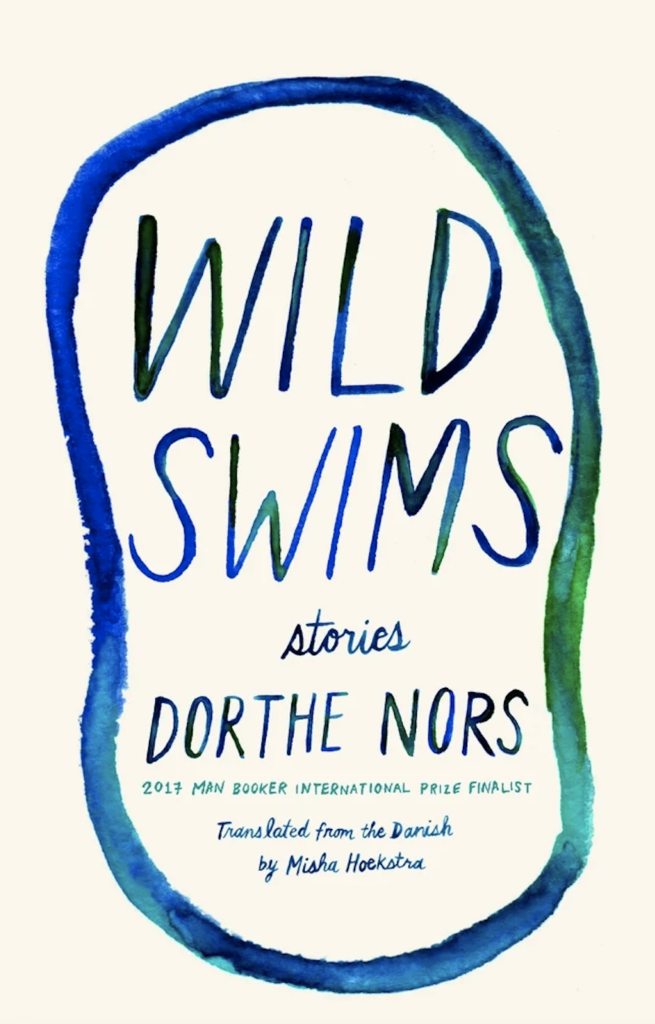 The following is excerpted from Dorthe Nors' short story collection, Wild Swims, translated by Misha Hoekstra. Nors is the author of seven novels, including Mirror, Shoulder, Signal, which was a finalist for the Man Booker International Prize. She lives in Denmark. Misha Hoekstra is an award-winning translator. He lives in Aarhus, where he writes and performs songs under the name Minka Hoist.

This heat, no peace. Seen from the hotel room window, the palm trees tilt. Down in Pershing Square is a tower that someone’s erected, with a bright Christmas ornament at the top. At first she thought it was a bell tower, but the ornament can’t ring. The first evening, when the heat eased off, she walked guardedly down Grand Avenue. When she came to a cross street, someone yelled, “Hey girl, are you European?” and then she turned and went back to the hotel. She’s no girl any more, that’s obvious. But she is European, though how would he know? It might be her pale skin, but then she could just as easily be Canadian. Which wouldn’t be the worst thing in the world.

On the streets of downtown LA she sees all sorts. What they have in common are their faces, their gaits, and the shape of their limbs. But more than anything they share indifference. The insane and the addicted fill the avenues. If she should collapse, no one would notice. A middle-aged white woman, hands outstretched and pleading faintly, would be just another wretch downtown. The sun is blazing and she moves around slowly, a bit stiffly, sweating. I’m moving as if I’m one of them, she thinks, and then she returns to the hotel and lays herself down on the bed.

There was a time when the heat wasn’t so hard on her, but now it’s combined with a new condition in her body. It’s her heart, it’s got a flutter, or something in there is pressing, and on one of her first evenings she met up with a colleague. They had a beer together at a sidewalk restaurant. The idea had been to talk about some new program development in connection with the conference. The whole time he was checking his messages. There she sat, pretending to watch the street life until a friend of his showed up. Then they chatted a little, but there was a moment, while the friend had his back turned, fiddling with his phone, and her colleague was gazing down at his, when she felt so minimally present that she leaned across the table and asked where the bathroom was. Her colleague looked up and smiled, confused.

Afterward, at the hotel, she determined that her heart was beating heavily, and that she was tired of straight men. Years ago, a psychologist she’d gone to had told her that, when she met a man, she should avoid being so clever. She hadn’t understood this advice. Then the psychologist, who was a hetero male, explained that because men were afraid of rejection—and because their penises meant so much to them—they were anxious that a smart woman might laugh at them because they masturbated out in the bathroom. That’s the phrase he used, “out in the bathroom.” “Men think,” the psychologist said, “that less intelligent women won’t mind their sexual behavior so much.”

He had his legs crossed, she recalled, and she could also recall saying that that couldn’t be true. “That’s just the way it is,” the psychologist said, and the entire drive home she thought about an episode of Dr. Phil she’d once seen. It featured a woman not unlike herself. She sat on stage and lamented the fact that men rejected her because she was intelligent. Dr. Phil affirmed this without hesitation. Then the woman said it was wrong and unfair. Then Dr. Phil asked, “But do you want to be right, or do you want to be happy?” Whereupon the audience applauded wildly.

She often imagined men jerking off in some nearby bathroom. Sometimes she would get an urge to tell them that, her intellect notwithstanding, it didn’t bother her that they masturbated. Yet she was tired of the haggle for respect, so when it was only her third day in LA, she skipped the conference sessions and called Pete and Anthony. They became giddy, as only they could. The palm trees swayed, and now she’s at the hotel, looking down on Pershing Square. They’d built a tower there and placed a Christmas ornament up at the top. It’s a curious tower, pointless, she thinks, and that morning, before the restlessness returned, she walked slowly around downtown. “Hey lady, be safe!” shouted one of the ill, and she really isn’t—safe that is. But perhaps if she’d been Canadian. It’s safer in Canada than most places. Maybe it’s the vast landscapes, the distances. Maybe it’s the gun laws, Newfoundland, and the figure skaters. She was born in Vojens, and her mother was treasurer of the hockey club. She was also responsible for the Christmas raffle. Sometimes hockeyplaying boys from other countries would stay with them. Once between Christmas and New Year’s they hosted two brothers from Toronto. They could only speak English, but back then she didn’t dare to. She can remember the combination of the Christmas tree and their longish dark hair in the large living room. And she can remember that the one brother had to borrow some socks in order to sleep. These days she thinks of him often, when she herself is going to sleep. She has a pair of socks on right now. It’s ninety-five degrees outside, but operating the air conditioner is a challenge: “Hey girl, are you European?”

“No, Canadian,” she’ll say if they should ask her again the next time she ventures out. And it’s not unlikely. After less than a week downtown, she can already distinguish one homeless person from the next. She recognizes them by their walks, their haunts, the particular ways they protect themselves from the world: the big woolen hats, the winter jackets, the out-of-place carry-on luggage, and beneath the Christmas ornament in Pershing Square she saw a woman with a top hat and floral umbrella direct an invisible drum corps with such battered grace, she had half a mind to follow. Perhaps if she’d been younger, and Anthony and Pete had been there, she thinks, slowly sitting up in bed. They came and got her the other evening. Threw their arms around her and demanded a guided tour of the hotel. When she confided that she felt heavy, Pete squeezed her shoulder, while Anthony laughed—“Come on girl, you’re in LA”—and then they went out into the stifling heat together.

They’d chosen a restaurant on Broadway, where the bread was shaped like sea turtles and the food had to be retrieved from a labyrinth. It was good food, and plentiful, but it was impossible to deal with all that entertainment. She also had a hard time looking down at her plate. A black cavity opened up beneath her when she tried. Like a hole in the ice, she thought, and looked up at the ceiling, but that didn’t help. As they ate, Pete and Anthony narrated scenes from their life together. In some of them, she appeared as a walk-on from the old days, and then she would try to laugh along with them, but at some point she got to her feet. “I’m just going to stand up and talk,” she said. “My legs are starting to fall asleep,” she said, though that wasn’t true. It was the hole in the ice, she was scared of sliding down into it. Anthony had teased her a bit. She looked funny, he said, and she considered asking whether they knew a good doctor, but she couldn’t deal with the consequences of seeing a doctor, so she just stood.

It was while she was standing there that she caught sight of a man down on another level of the restaurant. He was a relatively old man. Brown and wrinkled from the sun, and he had hair that was much too black, cut in that style that men had when she was a girl. Glam rock hair, and he stood chatting with women who had been variously patched together. None of them were pretty. Everyone she’d met downtown looked as if they were a bit ill, and the fellow down there on the other level was as thin as a razorblade.

It got to be too much for her, so she’d asked Anthony and Pete to take her back to the hotel. They had done so, though she can’t remember what they talked about as they walked. She was thinking mostly about how, back when they were young, Pete and Anthony gave her lessons in men. This is how they liked to be stroked, this is how they thought about certain situations. She recalled that their basic principle for relations with men, regardless of sexual orientation, was that they had fragile egos. Decent men knew they had fragile egos, so when someone trod on their toes, they’d take a step back before reacting. In that way, decent men kept themselves under surveillance for any misplaced aggression. But bad men were men who reacted immediately whenever they felt insecure or something offended their vanity. They were men who felt they had the right to lash out at anyone and anything. Some of them verbally, others physically. No matter what, just stay away from category number two, they explained to her. A man only has his pride, they said, and at the time she thought that sounded nice. If her body hadn’t felt so heavy on the walk back to the hotel, she would have asked about it again, but it was all she could manage to tuck her arm under Pete’s and declare herself tired. So that was that, and now she’s lying here and longing for Canada. In California, and maybe all of the us, people think of Canada as somewhere nondramatic. Hollywood movies often have jokes about Canada. The jokes concern Canadians’ unflappability. Their policemen wear red coats and ride horses. The English speakers have a distinctive way of saying their o’s. You can especially hear it in the word sorrow. SORE-oh, they say, as if the word itself wanted to wrap its arms around you. More than anything else, the two Canadian hockey brothers had been well mannered. They were good-looking, with that longish dark hair, and they carried their plates out to the kitchen sink. They thanked her mother for their dinner and made their own beds. Boring kids, she thinks, seen from today’s vantage, and she stretches her legs underneath the sheets so that her socks poke out the bottom. The one boy had stood in the doorway to her room the evening he asked about the socks. And she understood what he was asking for and got a pair of woolen ones from her mother’s room. “Thank you,” he said when she gave them to him. “We get cold feet in Canada,” he said, and then she nodded, he smiled, they went into their respective rooms and slept, and now she’s lying here looking at the tower with the Christmas ornament. That ornament can’t ring, and the lights go on in the square below. A woman is walking around down there with top hat and umbrella, and a thin black figure passes through it all like a straight razor. She places a hand on her chest, something’s pressing inside, and there is ice on the lakes in Canada. 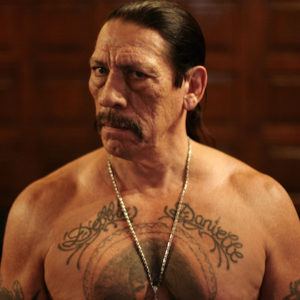