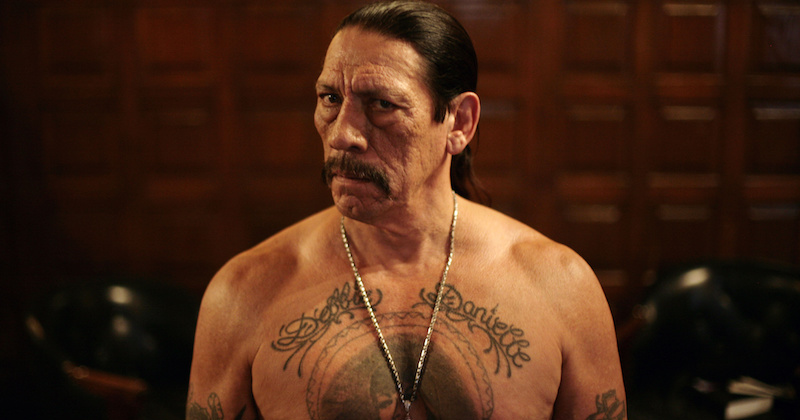 Beloved Mexican-American actor and restauranteur Danny Trejo’s first memoir, Trejo: My Life of Crime, Redemption, and Hollywood—which details Trejo’s path from drug addiction and incarceration in some of America’s most notorious prisons (including San Quentin, Folsom, and Soledad), to unexpected Hollywood fame in his 40s—will be released by Atria Books on July 6, and I for one am very excited about it.

Among the very toughest of tough guy character actors, known for his unique visage and menacing on-screen persona, Trejo has starred in more than 300 films—including Heat, Machete, From Dusk ’till Dawn, Con Air, the Spy Kids franchise, and my own personal favorite, Desperado—over the course of a thirty-five-year career.

Away from film, Trejo owns a series of successful restaurants in Los Angeles, including Trejo’s Tacos, Trejo’s Cantina, and Trejo’s Coffee & Donuts. He also used to be a champion prison boxer, winning San Quentin’s Lightweight and Welterweight division titles back in the 60s. Oh, and he once rescued a baby from an overturned car.

The man has lived a life.

“Danny Trejo is more than an actor for the millions of Mexican Americans, like me, who love him,” Atria Books senior editor Michelle Herrera Mulligan told Deadline. “He is a legend. A role model. The first Chicano action star. Someone we can always hold up as a hero who made it. One of my proudest acquisitions to date, this book shows us the difficult path it took to get him there, in unforgettable, literary detail.”