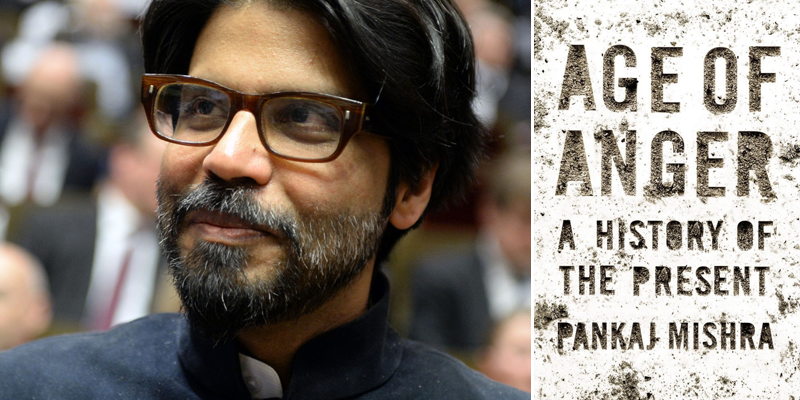 On Progress, Popular History, and Our Bleak and Divided Global Moment

Historian and intellectual Pankaj Mishra’s latest book Age of Anger: A History of the Present, published earlier this month, presents what Mishra calls “an emotional history” at a time of “worldwide emergency” when rage fills the global political sphere. Mishra locates the core of our chaotic condition in the Nietzchean concept of “ressentiment,” a creative force that animates the rebellion of the poorest and most disenfranchised against the ruling class. It is this very force, Mishra argues, that is animating those most marginalized, its power whetted by the contradiction between the equality promised in prose and exalted in rhetoric but never delivered in reality.

Mishra recently traveled to the United States, during the pause between President Trump’s first travel ban on the citizens of seven Muslim countries, and all refugees, and the striking down of his new one. A few days after we spoke, the President’s new budget pledged to do away with the Corporation for Public Broadcasting and the National Endowment for the Arts. The budget for the U.S. State Department is to be slashed while the U.S. Defense budget will be augmented by billions of dollars. It certainly seems that the world is at the brink of even more war, more destruction, more displacement, and more turning away. In our conversation, Mishra and I spoke about the prescience of Age of Anger and his framing of our bleak and divided global moment.

Rafia Zakaria: The very first page of your book describes its stages of production: beginning at Modi, writing through Brexit and published with the election of Donald Trump. When you were at the beginning of this intellectual journey, did you foresee how it would proceed, both in terms of the books and the politics it aspires to explain?

Pankaj Mishra: I wish I could claim that kind of prescience. I knew that things were going very wrong in Europe and that inequality was an issue in the U.S. I did not know Brexit would happen or that Donald Trump would be elected. I just thought that there would be very large number of people who would vote for him, but I hoped that not enough would go as far as actually electing a maniac and a troll to the White House. I wrote my book obviously taking into account the state of dissatisfaction, but I could not predict the political outcome.

RZ: A dominant theme in your book is dislodging the post 9/11 assumption that terrorism as a phenomenon must be pinned on Islam and Muslims. You write: “The experts on Islam who opened for business following 9/11 peddle their wares more feverishly after every terror attack.” Who are these “experts,” and to what extent do you see their cultivation as a threat to those they seek to represent?

PM: We, and by that I mean “the intelligentsia,” made a catastrophic mistake after 9/11 when we located the roots of terror in Islam, saying that there is something peculiar in their political tradition that explains an eruption of violence. That perspective looked past the mixed history of terrorism, and we now see that regardless of whether it is in Burma or Thailand or India, militancy and terrorism emerge out of a confluence of socio-economic factors. It is a sign of desperation and despair. This idea that it belongs to Islam in particular is a very dangerous idea; it was made mainstream and it was legitimated not just by the far right who are in charge of policy today (and have been engaging in this puerile debate), but also by the liberal intelligentsia.

Francis Fukuyama, for instance, said there is something intrinsic about Islam which is just not compatible with modernity. Then there is Salman Rushdie and even Martin Amis, talking about mass deportation as part of a thought experiment that he offered to a journalist. In sum, all sorts of mainstream figures were advancing this Islamophobic discourse in very holistic and dangerous ways, and in the guise of teaching Islam or understanding Islam or helping the Muslim moderates. This is why we are where we are today.

“A whole interpretive paradigm has proven an utterly useless way of understanding the world.”

Now we see that when bigotry leads the West, and the leading bigot in the U.S. is President, it becomes impossible to explain it in relation to Islam or Christianity. So we are looking at the dislodging of a whole interpretive paradigm that has proven an utterly useless way of understanding the world. We need an analysis that compares the fundamentalists of today, whether they are Muslim or Christian or Jewish supremacists; their misogyny, their antipathy to multiculturalism, is markedly similar.  It is what links them that needs to be explored, the shared experience of disruptive social change, psychological disorientation, scorn, and humiliation.

I just returned from Myanmar where Buddhist monks have become ethnic cleansers. I would challenge anyone to explain their violence from the content of Buddhism. None can be found; it is socio-economic. A large number of the monks feel their power is being in a globalized capitalist economy, and you have to understand that to explain how Buddhists are becoming terrorists. We committed intellectual suicide soon after 9/11 when we started thinking of Islam as a generator of violence

PM: I don’t see myself as an intellectual historian; the book follows certain forms, but I really wrote it thinking about emotions, and mentalities, and the ideas that emerge from these emotions. My argument is that in certain kinds of situations we see people arriving at remarkably similar ideas that all harken back to a kind of tribalism. You see this tendency again and again in human history, and so I am describing a repetitive pattern that assumes the shape of ideas and ideologies.

And, yes, I do think this history of emotions is an effective antidote to the popular history. Whichever country we belong to, we learn that to love a particular country is to think of yourself and your country’s place in the world in an insular and parochial way. If you’re British, it’s saying that you presided over a benign and benevolent Empire; if it’s India, it’s waxing on about how great the Hindus are and how treacherous the Muslims were. Popular history shapes political imaginaries, and it is particularly dangerous when it prevents us from thinking about the global and deep structural similarities.

RZ: What mistakes has India, or rather Indian civil society, made in its encounter with Prime Minister Modi, who got elected on a similar brand of divisive populism as Donald Trump, and what can American civil society learn from them?

PM: There are several things we should be very suspicious of: intellectuals, specifically liberal intellectuals who normalize and say we should settle down, that “the people have elected this man and we should respect their decision because the people are sacrosanct.” I disagree; the “people” have made unwise political choices many times, and so the will of the “people” can lead to disaster.

“We have to form communities of resistance that create a sense of belonging and truth.”

The other lesson is that one has to resist as vigorously as possible the destruction of cultural spaces and intellectual platforms. In India, Modi has made dissent nearly impossible; there are similarities in the American experience already, with the National Endowment for the Humanities and other arts organizations facing massive cuts in the Trump Administration. The conditions are different in some respects, but one has to be very unnerved by the rapid undermining of these spaces. As Arendt says, politics has to be a way of life in this moment; we have to form communities of resistance that create a sense of belonging and truth. We cannot stand alone before a semi-fascist state.

RZ: The Epilogue of your book has a lovely quote from Thoreau. The moment when Thoreau lived and wrote was also at a cusp: the idealism of the Transcendentalists, their belief in science and progress, all of it cut short by the American Civil War. To what extent do you believe that these human epochs are cyclical, moving inevitably and interminably from idealism to anger and annihilation and back again?

PM: It is a very important question, at the heart of something. Progress as we conceive it is not something that conforms to any historical reality; it happens, but it is patchy and uneven, a confluence of many different factors. The fact that women’s rights prospered soon after the two World Wars, or that women’s rights in China were created by an authoritarian regimes—there are many such paradoxes. What I am trying to argue is that we have to develop an understanding and not feed ourselves fantasies about agency and aspiration. We have to understand that the pursuit of progress can lead to extreme forms of violence, and that these tendencies that we uphold as virtues—such as competition, greed, and the desire to excel—all have very dark sides. Philosophically and intellectually we have allowed ourselves to become very simple minded and that needs to change.

Rafia Zakaria: This is, I assume, your first trip to the United States since the election. In what ways do you see it changed?

Pankaj Mishra: I see an America filled with foreboding, and this is certainly a more fraught trip than my earlier visits. I keep encountering people whose lives have been radically affected, people who are too scared to leave the United States because they worry they will not be allowed to return. Others who do not have those fears are worried that the moral value of the country is being undermined. Conversations about these fears have dominated my encounters in the United States, and the book provides a historically grounded genealogy for them. 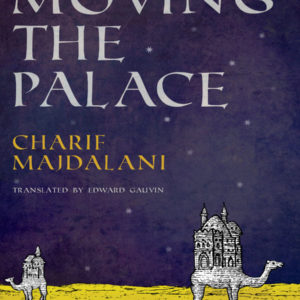 This is a tale full of mounted cavalcades beneath great wind-tossed banners, of restless wanderings and bloody anabases,...
© LitHub
Back to top