In Conversation with Sari Botton on Personal Space

On this episode of Personal Space: The Memoir Show, Sari Botton interviews Pam Mandel, whose book, The Same River Twice: A Memoir of Dirtbag Backpackers, Bomb Shelters, and Bad Travel, is out from Skyhorse Publishing. The book charts Mandel’s travels abroad as a young woman trying to figure out her place in the world, in her family, and in relationships with men. Please consider purchasing the book from your local bookstore, or through Bookshop.

Sari Botton: The book is part travelogue—bringing the reader along on your post-high school trip in the early 80s, through Israel and other parts of the Middle East, India, Pakistan, the UK, and many other countries. But it’s also very much a coming-of-age memoir, and a story of survival on multiple fronts. Did you know when you sat down to write this book that it would be so many things at once? What was it like for you to weave those elements together?

Pam Mandel: I did not know. I mean I didn’t know I had this book in me in the first place. So the whole thing was very much a surprise. And then, when I started to write it, I sort of realized what I was doing. It wasn’t like I set out with this intent to tell this coming-of-age story through the notion of travel memoir. That’s not what I had intended. But another thing I had been doing at the time—Jess Lourey, who writes sort of potboiler thriller fiction kind of stuff, she gave me access to an online class that she had built to help people decide what their focus was. And I had landed, through the result of doing her coursework in this very passive, unengaged, dead-brain kind of way, on writing YA fiction. And I realized through the course of that I had a true YA story that I had lived. These things became part of a greater whole… I have never been particularly interested in writing fiction. It’s not that I don’t love to read fiction. But it’s never been something that called me. But I realized I had this story. I envisioned this most as a travel memoir, because that’s where most of my work is. But I didn’t expect this to happen. 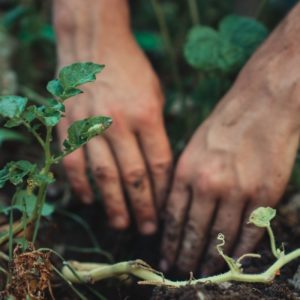 I have long been fascinated by the canal network in the UK; it astonishes me that water, which naturally flows from spring...
© LitHub
Back to top