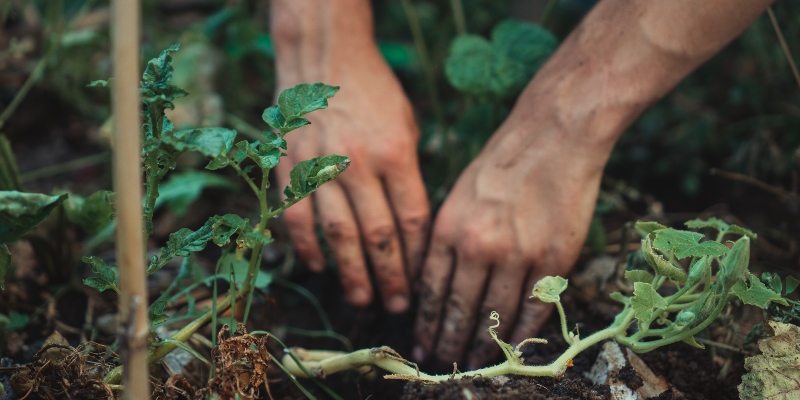 I have long been fascinated by the canal network in the UK; it astonishes me that water, which naturally flows from spring into river and from river to sea, can be held, still, in narrow channels for mile after mile, and yet manipulated to fill lochs, empty out of lochs and fill lochs again. I set my latest novel, The Narrowboat Summer, on the canals of the English Midlands and spent many months researching the way they were created, as well as what they were created to achieve and what they are used for today. The precise measurement of where and how to site the reservoirs, pounds, and intersections with natural water courses that keep the level in the canal at the right depth is a task beyond my comprehension. What I can comprehend, though, is the physical effort involved in carrying out the plans. These plans were drawn by men sitting at desks and brought into being by men sticking spades into turf, shifting tons and tons of soil with wheelbarrows, using their muscles and physical strength to create something that has lasted well beyond its original usefulness, to be useful again in ways neither the men with spades nor the men at desks could have imagined.

I thought of these diggers, with their heavy boots, their gaiters, their callused hands, when so many of the activities, so much of the fun and stimulus we accepted as normal, ceased to be possible in the spring of 2020. Empty spaces of time opened up—too much time to be wasted, too much time to worry and fret and fill with wishing everything were different. I wanted to be doing something where the achievement had a concrete shape. Because despair and inertia and self-pity were a threat, it was important to be able to work to a formula in which effort expended equaling visible results. I know I am not alone in having responded in this way. When everything that previously required traveling—to work or school or sports club or social event—needed to be done remotely, many of us looked round for a way of getting our hands dirty, making something we could see and touch. And possibly eat. In the UK, it became almost impossible to buy flour as so many people had taken up baking.

Digging—or at least weeding—pruning, and planting became popular. I am fortunate to have a large garden in which to dig, so I put on Wellington boots (I don’t own gaiters) and gardening gloves (I don’t want calluses) and went outside to give myself a sense of achievement, and to connect with my inner Navvy. There was a particular pleasure in growing vegetables this year. I thought, as I dropped pencil-thin leek plants into tubular holes in the soil, of pulling them up to make soup in their plump maturity, some months in the future; I might even have indulged in imagining friends and neighbors in our kitchen, sharing the soup with us.

In a normal year, we would be sharing our garden with friends and family. As the weeks went by, it began to be obvious this would not be possible. Although the activity of gardening was enjoyable and the outcome—beautiful borders as well as vegetable plots—gave me and my husband pleasure, the question began to occur to me, as I straightened up after a couple of hours’ weeding: what is the point? It became difficult to contemplate the happy future even before the leeks were ready to turn into soup. While we ate the lettuces and radishes, a sense of disconnect set in.

I grew up when machinery was mechanical, and pulling a lever activated a linkage that made two parts of the mechanism come together with an understandable result. I do not understand how digital connections work. I do not need to, and it is enough, in normal times, to know which keys to press, in what order. But when that is all there is, it is too easy. It is not the same as having driven two hundred miles with the dog to visit my daughter. I can see her, but not hug her. Her children cannot play with the dog. It is wonderful, of course, that when even being in the same room as someone dear to me is not always possible, I can touch a screen, press a key or two, and both see and talk to them. But something is lost; the sensation of digging to achieve a result.

Throughout the year I have been writing. As I would be in any year. And writing, too, is a form of digging. A cultivation of ideas excavated from the subconscious and made to grow, as words on a page. Seamus Heaney expressed this thought in his poem “Digging.” As he watches his father dig, “living roots awaken in my head,” and though he has no spade:

Between my finger and my thumb
The squat pen rests.
I’ll dig with it.

I was doing research for a new novel at the start of 2020. It is set in 1939 and 1940, as the population of Britain was going through a sequence of hopes and fears: fearing war was coming but hoping it was not; accepting it as inevitable but anticipating a swift outcome; believing it would not, after all, be so very bad; realizing it was actually far worse, and going on for far longer than they had taught themselves to hope. This was the soil I was digging in during my writing time, stacking up the squares of turf to build a fictional world. It had an eerie similarity to the collective mood of 2020. I was imagining myself, as I wrote, in a time that is not the time I am living through, yet by writing about 1940, I was giving myself a perspective on 2020.

This is what creating fiction offers in return: the chance to make manageable what might otherwise be overwhelming.

In my first novel, Meet Me at the Museum, one character writes to another, “I am writing to you to see if you can help me make sense of some of the thoughts that occur to me. Or maybe I am hoping that just writing will make sense of them.” This is what creating fiction offers in return for the effort of creation: the chance to make manageable what might otherwise be overwhelming. Like digging a ditch to draw off the water that might otherwise flood the house.

Writing fiction gives the writer somewhere else to go, away from reality. I once attended a lecture by Howard Jacobson, a skillful and humorous novelist, who pointed out that all creators of fiction must be dissatisfied with their lives, because if everything was perfect, why remodel it? The truly successful, he said, those richly rewarded and widely applauded, would never think of writing a novel because nothing would be missing from their universe that they wanted to put right. A sweeping remark made, I’m sure, with his tongue in his cheek. I am not looking to make a better world in the books I write, but I do enjoy manipulating it, having some control over how it works. Choosing what will happen and how the characters I have created will respond. Control has been another casualty of the pandemic. More reason to find a manageable task, create a plate of chocolate brownies or a flower bed.

Much of what has been created to give purpose to lonely, empty hours will not be seen by future generations—the muffins eaten, the gardens remodeled or abandoned. Words on the page, though, have longevity. Like the bones of a transport infrastructure, they have the possibility of remaining visible and giving those who come later a view backwards to enrich their understanding of the present.

The destination for the characters in my new novel is the canal basin in Chester. The canal from Chester to the junction at Barbridge is sixteen miles long and took seven years to complete. Digging takes time. As I garden and knit and write at the beginning of 2021, I remain hopeful that the outcomes I was looking forward to in 2020 are not so far away. 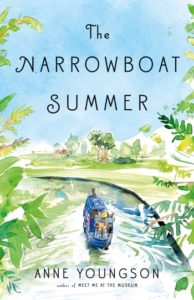 Anne Youngson’s new novel, The Narrowboat Summer, is out now from Flatiron.

Anne Youngson is retired and lives in Oxfordshire. She has two children and three grandchildren to date. Her debut novel, Meet Me at the Museum, was shortlisted for the Costa First Novel Award. 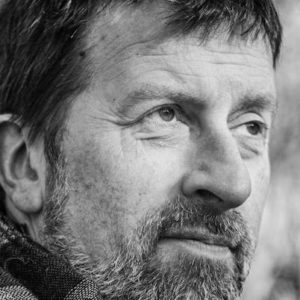 Ben Hopkins has spent most of his career in film, creating award-winning features and documentaries, including 37 Uses for a Dead...
© LitHub
Back to top
Loading Comments...