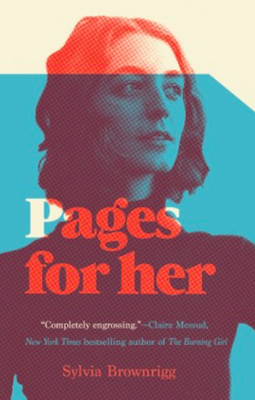 The following is from Sylvia Brownrigg’s novel, Pages For Her. Pages For Her follows Flannery and Anne, each at a personal turning point, and the circumstances that lead to their reunion. Brownrigg is the author of seven books of fiction. Her work has been included on the NYT Notable list and the LA Times Best Books of the Year. Her reviews have appeared in the New York Times, the Guardian, and the TLS.

There was no fall in California, and this had forever been a problem for Flannery. September was hardly a marker of anything, it just ran doggedly on from August and erupted erratically into stifling heatwaves that, when she was a child, people would call Indian summers. (Words were less worried over, then.) The Bay Area’s climate baffled even its natives by running cold then hot then cold again; not fickle like a lover so much as grandly indifferent to people’s comfort or convenience. Fleece-thick fog gave way at random hours to a sudden burning sun, and winterish layers had to be shed for bare skin to better tolerate the abrupt new warmth.

You might get used to it, but Flannery Jansen never had. She had grown up along the chaparral-covered and forested peninsula of the San Francisco Bay, so had a girlhood to adjust herself before she headed eastwards for university and adulthood. Now thirty-eight years old and the mother of a young child, Flannery had moved back to San Francisco, where the morning cold still bit her bones and she missed the sultry evenings of the east.

She should have acquired a feel for this weather and its patterns; an ease with its ambiguities, an indulgent shrug toward the sibling rivalry between fog and sun. Somehow, though, other difficulties distracted her, and Flannery found herself wrong-footed every summer and into autumn. Six years earlier she had been heavily pregnant in this season, and she had a weighty memory of waddling around in a sweat brought on by the October surprise of a ninety-degree day. Wearing black, and melting.

She had known a different cityscape once. Streets with leaf-shedding trees, faux-gothic buildings, celebrated libraries, and scholars of a hundred stripes and stars. A geography she associated with the opening of her mind and body, and the much philosophized problem between the two. A college campus where broad old elms and maples burst into colour (not flames, or tears) every fall, showering Flannery and her fellows with beauty, and promises of the harsh but stimulating winter to come.

Flannery had loved that place, and she had especially loved the autumns there. It was a climate that communicated with her northern European blood and reminded the ancestors nestled within her of their dark, dense breads, their stark churches, their impending snowfalls. Since then fall rituals, even simple ones, the kind you keep without recourse to calendars, trusting the clock within, seemed sacred to Flannery – from the buying of new notebooks and pens for the start of school, to the putting away of summer’s vacation gear, and the sobriety of starting to learn again.

One September morning, Flannery left her home on Ashbury, a sloped, once hippied street in San Francisco. The fog clung cold, like an unshakeable regret, and Flannery found yet again that she had miscalculated. Rushing out the door to get her daughter to school, Flannery had donned only a light cotton top, leaving her chilled and exposed. She dropped off Willa – who waved back at her, happy and jacketed, from the sidewalk, because somehow as a mother you are smarter about your child’s clothing than you are about your own – then drove to a nearby coffee shop to warm up. Flannery took her laptop in to revivify herself with more caffeine, and the morning’s first hit of email.

As rituals go, opening email wasn’t much, but waiting for Flannery in the unfathomable pixels of her machine was a message from someone at that distant university, on the other side of the country, in New Haven. Yale. The same one she had attended as an undergraduate.

The note was an invitation. And Flannery, who had become heavy-blooded with an unnamed despondency these recent years, felt for the first time in a long while the quickening of her pulse, and a looking forward to something, a possibility in the future.

– the email began in its bland, black on grey tones.

It was the kind of missive you should read walking slowly up from the mailbox to your home (if your home weren’t so fraught), shaking the letter free from its envelope, which drifted down to the stone steps without your even noticing. The city’s distinctive mist would lend its drama to the occasion as you inhaled sharply, aware that your life was about to take an important turn.

Instead, here was Flannery at the bustling brown coffee shop with the punning name (Bean There, Done That, though it could as easily have been Common Grounds, or Café Olé), where entitled customers broadcast their coffee requests with precise specifications, and selected the worthiest scone from a windowed display of candidates. Seated at a counter, a suited professional spoke angrily into her cell phone, castigating someone about the delay in her insurance reimbursements; at a table near Flannery a young white man sat, styled in the studied casual of tech workers, his hands folded in the supplicant position, as he awaited an older Indian man for what looked like a job interview.

I’m writing from the Alumni Association. Recently we’ve been organizing more events on campus focused on women graduates, to inspire current students. I apologize for the late notice here but we have been putting together a three-day conference in October (19–21) called ‘Women Write the World’ and we are hoping you might be able to join us. Professor Margaret Carter of the English Department will be chairing the conference. We’ve got a great line-up of participants already, including . . .

A woman in her twenties who had recently had a hot flush of success with a sexually adventurous novel set in Thailand. (Li Mayer.) The well-heeled Bostonian who produced exquisite sentences and had won honours and plaudits. (Bishop. Flannery had worked hard not to envy her.) A television comedy writer (Chatterjee); the nation’s Poet Laureate (Jefferson); one brainy journalist who had produced the definitive work on Stalin’s gulags, and another who wrote a weekly political column for the New York Times. (Kessler, Green.) Yes, yes, yes. Flannery knew this roster, the gist if not every particular. It had been that kind of university. The great and the good attended it – winners of races, climbers of ladders, tappers up against the glass ceiling. Yes, those too. Women undergraduates had been permitted through Yale’s gates since 1969, though still struggled to have the faculty representation and fat slices of power that the institution’s men had. Hence, of course, this conference. Here we are: us girls! See how we’ve done!

Such politics were not central to Flannery these days. As an agitating twenty-something she had carried placards along the National Mall, protesting about women’s rights and freedom of choice, but lately the collective she poured her time into was made up of just three – and was mixed, in age and gender. From where she sat now, in Bean There, Done That, Flannery saw her younger activist self through a backward telescope, tiny and out of scale. The idea of appearing professionally, in a guise other than as the driver attached to her daughter or a softening embellishment to her husband, appealed to Flannery, and she was flattered to be asked, but her first reaction on reading the dates and location focused on logistics: how could she get there? Who would look after Willa? And what kind of resistance should Flannery expect from Charles to the prospect of her flying across the country for a gathering called Women Write the World? (‘Do they?’ she could imagine her husband challenging, with mock solemnity. ‘It’s a big world. That’s a lot to write.’)

Such were the dreary cogs that started turning in her mind, before another item stopped all the machinery cold. Then warm.

At the last name she saw on the list.

There followed a name so vibrant to Flannery that it appeared to pulse in some foreign colour on her screen, pomegranate red or a sleek jade green, not the black on grey of the others.

A woman she once knew.

From Pages For Her.  Used with permission of Counterpoint Press. Copyright © 2017 by Sylvia Brownrigg.

I Bought Sam Shepard's Clothes Off the Internet 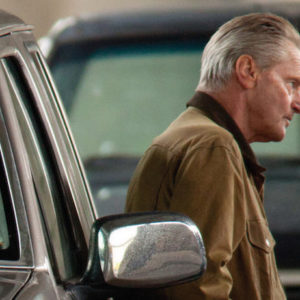 I Bought Sam Shepard's Clothes Off the Internet “Biographies are but the clothes and buttons of the man. The biography of the man himself cannot be written.” –Mark...
© LitHub
Back to top