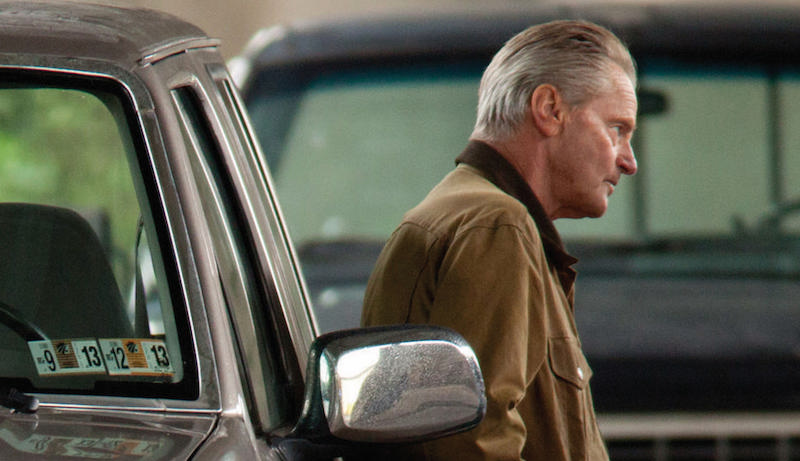 I Bought Sam Shepard’s Clothes Off the Internet

John Winters on What It Takes to Write an Unauthorized Biography

“Biographies are but the clothes and buttons of the man. The biography of the man himself cannot be written.”

Looking back, I guess it’s best rationalized as a misguided click of the mouse or another impulsive online purchase. Whatever the cause, I had clicked the “Buy It Now” button, and a few days later, a box arrived on my doorstep. I cut it open, reached inside, and unfurled a long, see-through garment bag that held a plaid dress shirt, a pair of navy blue trousers, and a hand-tooled leather belt. Tucked in the bottom was a pair of work boots, and wrapped around the coat hanger was a t-shirt.

The famed playwright and actor’s wardrobe, worn in the 2013 film Out of the Furnace, had been listed on eBay for $75. Since I was writing his biography, I justified the purchase as part of my research. But now that these garments had arrived on my doorstep, I had no idea what to do with them.

Five years ago, I began researching Shepard’s life and work and quickly learned just how much there was to cover: There were dozens of interviews to conduct, hundreds of articles and reviews to peruse, volumes of archival material to pore over, decades of newly-available letters to peruse, and dozens upon dozens of plays and short works of prose to read, as well as an even larger number of films to watch. Undeterred, I left no stone unturned, once even buying an old copy of Playgirl magazine off the internet because it mentioned Shepard on the cover. (My wife came home and saw me flipping through it and worriedly declared, “We need to talk.”)

Most biographers will tell you the trick to producing a good biography is to get as close to one’s subject as possible. Before laying down someone’s life story, a writer should feel like they’ve walked a mile in their subject’s shoes, that they know not only the face their subject presents to the public, but also who they are when the spotlight is off, the stage dark.

Yet many biographers—especially those working on an unauthorized book or dealing with a living subject (and possibly said subject’s lawyers)—face numerous obstacles. After all, not everyone wants their life and work investigated, or to be party to a book about someone with whom they’ve been close. Carl Rollyson, who calls himself a “serial biographer,” once wrote to the former husband of a subject he was researching and got in response a letter bearing the famous kiss-off from Macbeth: “Hence, horrible shadow! / Unreal mockery, hence!” Far too many subjects subscribe to Oscar Wilde’s belief that “biography lends to death a new terror.”

Early on in my Shepard research, I’d set up an interview with someone who’d been close to him. I bought a plane ticket to travel cross-country to meet her, only to have her cancel at the last minute, just as I was packing my bags. She’d spoken to Shepard, who said he was not involved with the project, and decided to “bow out of active participation in [my] book.” Another biographer I spoke to had the same thing happen—only her interview had been scheduled to take place on another continent. (Did I mention how expensive biographical research can be?)

My requests to interview Shepard himself went unanswered. I sent letters to his farm in Kentucky, to his agents, and even used press reports to track his whereabouts. Armed with this information, I was able to write to him one final time on the set of a Netflix show he was filming in Florida. Again, nada. I should have known he’d want nothing to do with my book. After all, Shepard has never been one for talk shows, the red carpet, or magazine features. This is the same man who’d said no to a Newsweek cover story when his appearance in The Right Stuff earned him an Oscar nomination and made him one of the most famous faces of the mid-1980s.

So when the costume arrived, I reasoned that my purchase was an attempt to connect with the man I was hoping to capture on the page. The reality of this was something I had no evidence for. A search for details about special auras or magical properties attached to clothing turned up little. They say clothes make the man, but he has to be wearing them for this to be true. All I had was an outfit worn in a few scenes of a so-so movie.

I am not usually a collector of such things, other than a few books signed by favorite authors, which explains why I had no idea what to do with the garment bag full of Shepard’s clothing. My wife came into my office while I was examining the items and gave me that have-you-been-drinking-and-clicking again? look. I told her she should be glad it wasn’t another issue of Playgirl.

I eventually stretched the garment bag across the loveseat in my office, returned to my desk, and continued working. After a few weeks (and reminders from my wife to move it), I hung the bag in a nearby closet. I hoped it might become a talisman of sorts, a friendly 100-percent-cotton spirit to watch over me as I worked on its former wearer’s biography. Instead, it was closer to a Sam Shepard scarecrow, reminding me each time I entered the office of the $75 I’d spent.

If I ultimately did manage to get to the heart of who Sam Shepard is, as both man and artist, how did I do it without having a single conversation with him—or without a clothing-mediated communion? I was lucky. In the trove of journals and letters recently made available from Shepard’s archives, he is extremely candid and forthcoming. Frankly, it was better than a dozen interviews with the man himself would have been. And thankfully, enough friends and former collaborators of Shepard’s did agree to speak with me.

As my research was winding down, in need of something to wear and finding nothing in our bedroom closet, I went to the office and unzipped the garment bag. I removed the plaid shirt and held it up against my midsection. Sam and I, it turns out, are approximately the same size; it fit me fine. Later, on a snowy morning when I needed something more rugged to wear while I shoveled the driveway, I grabbed the boots. They were snug but did the trick. These items have since worked their way into my regular rotation. And while writing about the amazing life and career of Sam Shepard has convinced me that I could never metaphorically fill his shoes, it turns out that I can at least carry off that plaid shirt pretty well.

John J. Winters is a veteran journalist, critic, and academic who has made Sam Shepard the focus of his scholarship. In addition to working for The Boston Globe and countless newspapers, Winters's work has appeared in Playboy, Salon, The Providence Journal, Art New England, the Providence Phoenix, Runner's World and Rhode Island Monthly. He is a regular contributor of reviews and commentary to Boston’s National Public Radio affiliate, WBUR. More at johnjwinters.com. 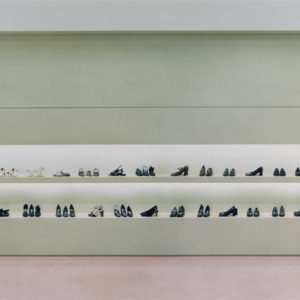 Francesco Pacifico’s novel Class was published by Melville House last month. As its acquiring editor and quasi-sort of-co-translator...
© LitHub
Back to top