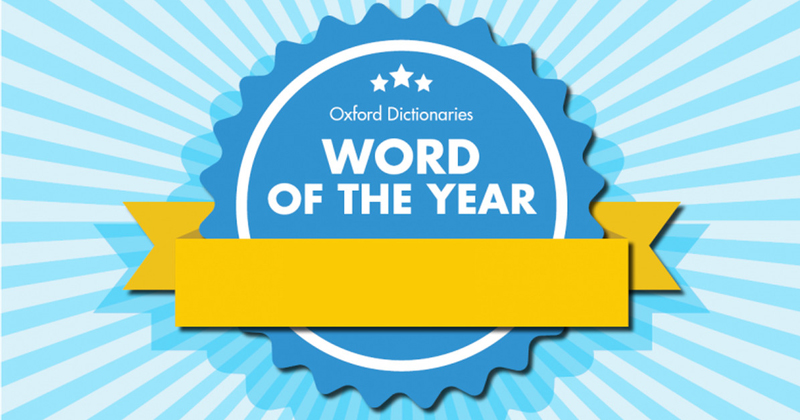 For reference, usually Oxford’s word of the year is “a word or expression shown through usage evidence to reflect the ethos, mood, or preoccupations of the passing year, and have lasting potential as a term of cultural significance.”

But this year, Oxford Languages could not simply choose one word, nor one phrase, nor even one emoji, to sum it all up. This year, the Word of the Year is . . . a 16 page Language Report with sections on Covid-19, remote work, social movements, and the environment, and highlighting everything from “social distancing” to “doomscrolling” to “Blursday” to “BLM.”

“I’ve never witnessed a year in language like the one we’ve just had,” said Casper Grathwohl, President of Oxford Dictionaries, in a press release. “The Oxford team was identifying hundreds of significant new words and usages as the year unfolded, dozens of which would have been a slam dunk for Word of the Year at any other time. It’s both unprecedented and a little ironic—in a year that left us speechless, 2020 has been filled with new words unlike any other.”

In my opinion, this is all nonsense. Obviously, based on the criteria listed above, the word of the year is “I hope this email finds you as well as possible under the circumstances.” Or, possibly, “hard pants.”

Then again—expecting something familiar and simple, if maybe a little dumb, and instead being served up something overly complicated, unnecessarily drawn-out, annoying, painful and pointless . . . you have to admit, that does sound a lot like 2020.