The following prose poem was composed out of posts by friends on the author’s Facebook feed on November 9th, the day after the presidential election. Most of the posts responded to her question, “What are everyone’s kids saying and asking this morning?”

A note from the author:
A lot of advice has been circulating in the last week about how to talk to our kids about the results of the election. In the midst of all this, they’ve been talking to us. What exactly have they been saying? Below, I have curated an unscientific sample.

A asked if we could fire Trump.

[My] kids are stupefied. [They] keep asking how.

A (16) asked why she couldn’t vote and have a voice in her future.

C asked if Hillary could be our president in Rhode Island since that’s who we chose.

D said, “Does it mean my grandparents can no longer visit us?”

E asked if our friend, I, would be separated from her family.

After a very somber talk and tears, mine are now singing “My Favorite Things,” and “The Sun Will Come Out Tomorrow.”

G said he was going to be like Andrew Jackson.

My eleven-year-old: “What are we gonna do?”

Our son, G, (who is five): “When Trump is in the White House, are people going to be nice?”

H and E were in hysterics.

I: “That’s not what I expected. I don’t want him to be president. He’s going to build a wall.” Then tears.

I told my seven-year-old daughter yesterday morning that we were going to elect the first woman president. She could not have been more excited all day and into the night. This morning, brokenhearted, she told me not to say things like that to her again. I apologized and emphasized the struggle, always the struggle, and then after she left, I cried for her.

Inconsolable eight-year-old in my bed this morning:

“When will World War III begin?”
“Mama, are we safe?”
“I’m scared.”
“All the poor people who will not be able to go to the doctor…”
“He scares me.”
“Please don’t make me go to school.”
“When will they build the wall?”

K: “Girls can be boys, and girls just don’t have to be girls. They can do boy stuff.”

L said, “Trump won? But Mami, he is a liar, a bully and a meanie. Could we could have Mr. Obama back.”

M told me she’d had a dream that Donald Trump burned down her school. But then Hillary Clinton came and they rebuilt the school and it was brand new. And then she was the president.

My six-year-old said, “Why are you so sad, Mom?” as I was staring into space and preparing to break the news to her. I told her and she said, “Well, it’s OK, because when President Obama was president, we all just went to school and had dinner and did our homework, and nothing happened. So it will be the same when Donald Trump is president.” I am glad she is young enough to believe this, but I am afraid she is wrong.

My four-year-old: “So each president is for like, a month, right?”

“Mommy can we file a law suit against Trump? He should have been paying taxes like everyone else.”

M was just stunned. Very quiet, processing. We told him we’ve lived through horrible presidents before. I felt so worried sending him off to the bus this morning.

O asked, “If he isn’t good at being president, will they make Hillary president?” Which actually led to a nice conversation about how presidencies are temporary, and how we get to choose.

My daughter asked why a woman couldn’t have a turn to be president since it’s been only men. Then she burst into tears. She also asked if Trump is going to start a war.

S doesn’t understand. “But she got the most votes. It’s not fair that she lost.”

My teenage daughter couldn’t stop crying. She said we’re going to lose our civil rights and she’s worried about us (her parents) being discriminated against.

Z asked, “What will happen to us?”

Another note from the author:
A lot of demographical statistics have been circulating in the last week breaking down who voted for whom. Here are some statistics about our kids, who have no voice in electoral politics until they reach the voting age of eighteen: In the US, according to the Census Bureau, there are currently 73.7 million children accounting for 23 percent of our population. Of this number, 25 percent are Hispanic. For US children, minorities will be the majority by 2020. According to the Children’s Defense Fund (which takes as its motto the Breton fisherman’s prayer, “Dear Lord, Be good to me; the sea is so wide and my boat is so small”) the US has the second highest rate of child poverty among 35 industrialized nations despite having the largest economy in the world. A child of color is more than twice as likely to be poor as a white child. One in five children in the US has a chance of being poor, and the younger that child is, the poorer she is likely to be.

Emily Raboteau is the author of The Professor's Daughter: A Novel, Searching for Zion: The Quest for Home in the African Diaspora (winner of an American Book Award) and Caution: Lessons in Survival, forthcoming from Holt. A contributing editor at Orion Magazine and a regular contributor to the New York Review of Books, she is 2020-2021 Stuart Z. Katz Professor of Humanities and Arts at the City College of New York. She lives with her family in the Bronx. 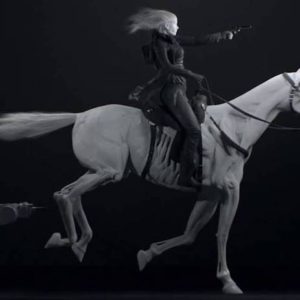 “We find ourselves immersed in a world of our own making so intricate,” wrote Philip K. Dick in a 1973 speech, that “a...
© LitHub
Back to top