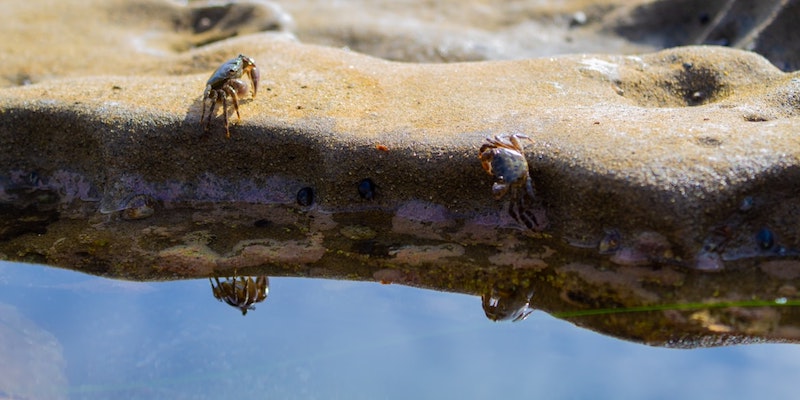 Orhan Pamuk on a Lost Pool, and the World Beneath Its Surface

A Childhood Memory of the Seaside

In 1964, when I was about 12 or 13, I spent the summer at a house by the seaside 35 miles from Istanbul. I would leap over the low garden wall and walk towards the beach through the rocks and empty fields that lined the shore, inspecting all the marvelous little surprises that nature would lay upon my path. One day I came across a small pool of water among the rocks. It wasn’t exactly a pool. The sea kept pouring in through the gaps among the rocks and stones. But like a real pool, it was about one foot deep and six or seven meters wide, and shielded from the assault of the sea’s unruly waves. I quickly discovered that below the unruffled and perfectly transparent surface of my “pool” was another world, a whole civilization, and I began to spend more and more time there, alone in the summer heat, fascinated by the bustling realm submerged in the tepid seawater.

My favorites were the half-white, half-translucent baby crabs—no bigger than my fingernail—running around in a perennially flustered sideways scamper. Mottled, multicolored gobies would dart from one rock to the other, studiously avoiding the sun. Those were rather ugly. Bigger gobies often became entangled in fishermen’s nets, as did scorpionfish, which had poisonous spikes on their backs. I did not like them. A needlefish that had lost its bearings and ended up in the pool occasionally rose to the surface and patiently search for an escape route, its slender black beak slicing through the water like a submarine. I was perplexed by the needlefish’s failure to find its way out, and in following its progress, I felt my own life’s dilemmas too.

I wanted to belong to the world inside the pool, and so I would just wait there, quiet and motionless.

Suddenly, a brown crab the size of my hand (my twelve-year-old’s hand!) would lift its brownish, porcelain-bright claw from among the sea urchins, the beadlet anemones, and the mussels clinging to the pockmarked rocks. At the first sign of this movement, me and every other creature in that saltwater pool would freeze in position and wait for the brown crab to emerge – but it never did. Like the blennies, which were always moving about as fast as bolts of lightning, twisting not just their tails but their whole bodies as they advanced, the brown crab too was a rare sight. Sometimes a shoal of matchstick-sized silversides, losing its way like the needlefish had done, or pushed along by an errant wave, would enter the pool and stay there. I was always surprised by how unperturbed the silversides seemed to be as they sought a way back out.

I wore short shorts and plastic flip-flops—known in Turkey as “Tokyos” because of how they mimicked traditional Japanese slippers. Sometimes I would wade into the pool until the water reached my kneecaps, the ground beneath my feet as slimy as a swamp, and stop right at the centre of that civilization. Little white shrimp would jump up like grasshoppers and scatter away. I would wait for the mushroom cloud of mud raised by my feet to slowly settle back down, and afterwards I would bend over and bring my nose right up to the mirror of the water. I stood like that for hours sometimes, observing the sea slugs at the bottom of the pool, the little sea snails busily dragging their shells along with swift feet as hairy as spider’s legs, all these different creatures’ footprints, the strange holes in the ground that looked like anthills, and the tiny air bubbles whose presence I could never quite account for. The sun would burn the back of my neck. In the distance, I could hear children shouting and the sounds of happy people enjoying the beach.

Over the course of those two summers, one terrifying incident took place at the otherwise tranquil pool. A seagull plunged down from the heavens and skillfully caught a plump, hapless goby in its beak before soaring back up towards the sky. I have never forgotten the fear I felt in that moment.

Every now and then my mother would call out for me from home.

I never replied, lest I should reveal my whereabouts. I wanted to belong to the world inside the pool, and so I would just wait there, quiet and motionless.

That whole world is lost now. In 1964, there were two and a half million people living near the Marmara Sea. Today they number twenty-five million, and half of Turkey’s industrial activity is based here. In 1976, my pool was filled up and a concrete jetty built in its place, designed to give people summering in the block of flats nearby a place where they could sunbathe. By June 2021, when a mysterious, revolting white sheen to which disgusted locals referred as “sea snot” appeared on the surface of the Marmara Sea, the public beaches of Istanbul and the Marmara region—each of which had once constituted a distinctive world of its own, in the way old cinemas used to do—were all shut down, just like all the sea snails and the minuscule shrimp that had disappeared long before them.

Orhan Pamuk won the Nobel Prize for Literature in 2006. His novel My Name is Red won the 2003 IMPAC Dublin Literary Award. His work has been translated into more than 60 languages. 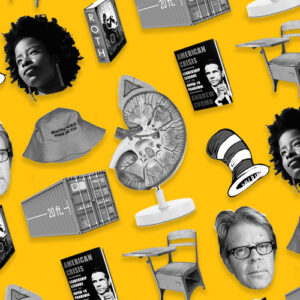