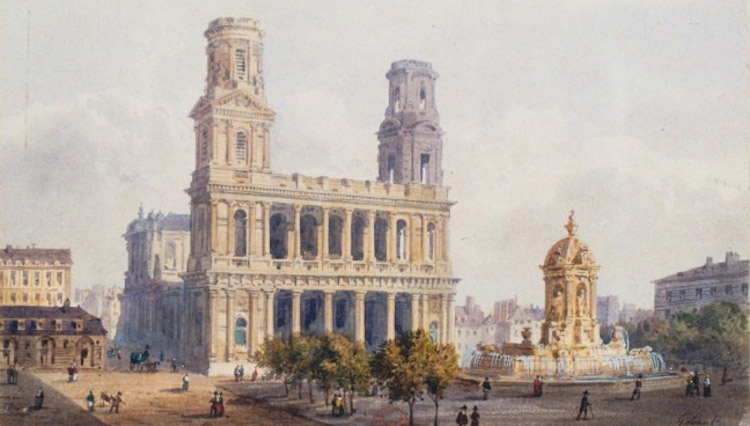 A few days before all this happened, I was teaching Georges Perec’s strange little book An Attempt at Exhausting a Place in Paris (1974) in which he records spending three days sitting in the Place Saint Sulpice trying to write down everything he sees around him—which buses go by, what kinds of cars, what the people and birds are doing, what the cafes are serving, who’s drinking which wine with lunch, what the street signs say, if there are nuns, who’s carrying a shopping bag, a plank, a crate, etc. It’s a poignant inventory of a Paris of the past (before we all filled up every spare moment gazing into the glowing oracles in our hands), full of 2CV cars and tourists with actual cameras instead of phones and selfie sticks. It’s also an exercise in noting what Perec can’t see, what’s just outside his peripheral vision, threatening to undo the whole: “even when my only goal is just to observe,” he writes, “I don’t see what takes place a few meters from me: I don’t notice, for example, that cars are parking.” There is so much we miss; none of us can have a total vision, or total understanding, of even just one place in our cities. This is a powerful and humbling thing to be aware of.

But the reason I keep thinking of Perec is because of another essay he wrote the year before that, called “Approaches to What?”, in which he argues that as a culture, we are preoccupied by the “big event, the untoward, the extra-ordinary.” The daily newspapers are full of plane crashes and car crashes and tragedies, and totally ignore the daily—the everyday, what Perec calls the “infraordinary.” The attempt to exhaust a place in Paris is an act of cataloguing that is destined to fail, yet what matters is not the importance of what is observed, but its triviality. The very futility of asking such questions, he writes, is “exactly what makes them just as essential, if not more so, as all the other questions by which we’ve tried in vain to lay hold on our truth.”

Since Friday, all of us here in Paris, and many people abroad, have been asking what feel like futile questions, as we try to grasp someone else’s perverted idea of truth. Why did they do this? Why those places, those people? Might it all happen again? When? Where? How can we avoid this? How can we be safer in our city? Beyond the airstrikes that have already started, beyond the think pieces that encase the events, beyond the catastrophe comparisons and victim-blaming that’s already flying fast and loose, the answers are eluding us.

Someone wrote somewhere—maybe it was Virginia Woolf, but maybe not, and my quote-finding skills are in the part of my brain that’s not working right now—that peace is only possible when one man holding a gun can imagine that the other man he’s facing down, who is also holding a gun, is also a human being, with a family who loves him. (I thought it might be in “Thoughts on Peace in an Air Raid,” which I’ve just reread, looking for it. It isn’t.)

Whoever said that, and someone definitely has, I think what they meant is that peace is only possible when both sides acknowledge the enemy’s right to an everyday, to Perec’s infraordinary. And what happened on Friday night was an amputation of that right.

It’s the everydayness of the attacks that gets me, that puts up the block I can’t think through, or around. These people, they bought those clothes they were wearing, and paid with their bank cards, and had bankers who will close out their accounts, they had electricity bills, they had shaved that day, or not, and they had pimples, and they were coming down with something, and they’d had a fight, and they were watching their weight, and they’d just got the new album, or they wanted to leave early, and some of them had probably made a note to call the vet on Monday because the dog’s vaccinations were up, because some of them had pets, just as they all had parents, siblings, friends, teachers, boulangers, people to miss them and mourn them, and also neighbors, like us, who didn’t know them, who may not know they’re specifically gone, who only know that some group of people we’ve never met stopped living on Friday, while we’re still out here, and all we can do is keep doing every day.

Paris is not a ghost town, no matter what you’re hearing. Since Saturday morning, people (at least in my neighborhood of Belleville) have been out and about, doing the kinds of things Perec noticed in 1974: buying food, drinking in cafes, carrying shopping bags, even (as we did) carrying a digital piano with its pedals and stand half a mile for a friend. We’re defiant, but shaky. We can’t get over what we’ve seen, what we’ve heard, who we’ve lost, and we don’t really want to. But we’ll eventually get used to the fact that it happened. It will become part of our daily lives.

Wherever the infraordinary is taken away, wherever civilians are targeted, not only in Paris, Perec’s manifesto rings true. “Question your teaspoons,” he urges us. “What is there under your wallpaper?” he asks. Perec’s parents were killed in the Second World War, his father in the army, his mother in a concentration camp. He had firsthand experience of the eruption of evil into the everyday, so while in some ways An Attempt at Exhausting a Place in Paris is a comically Parisian text—oh, the French and their wine at lunch—on some level, it is the diary of an orphaned child who can never accept that the world is the way it is. Why is the world put together this way? This si parisien elevation of the ordinary into something compelling knows that in its peripheral vision lurks the menace of evil, and purposefully, radically chooses to focus, instead, on the fabric of peace. 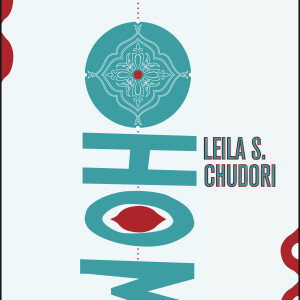 On Jalan Sabang, Jakarta, April 1968   Night had fallen, without complaint, without pretext. Like a black...
© LitHub
Back to top