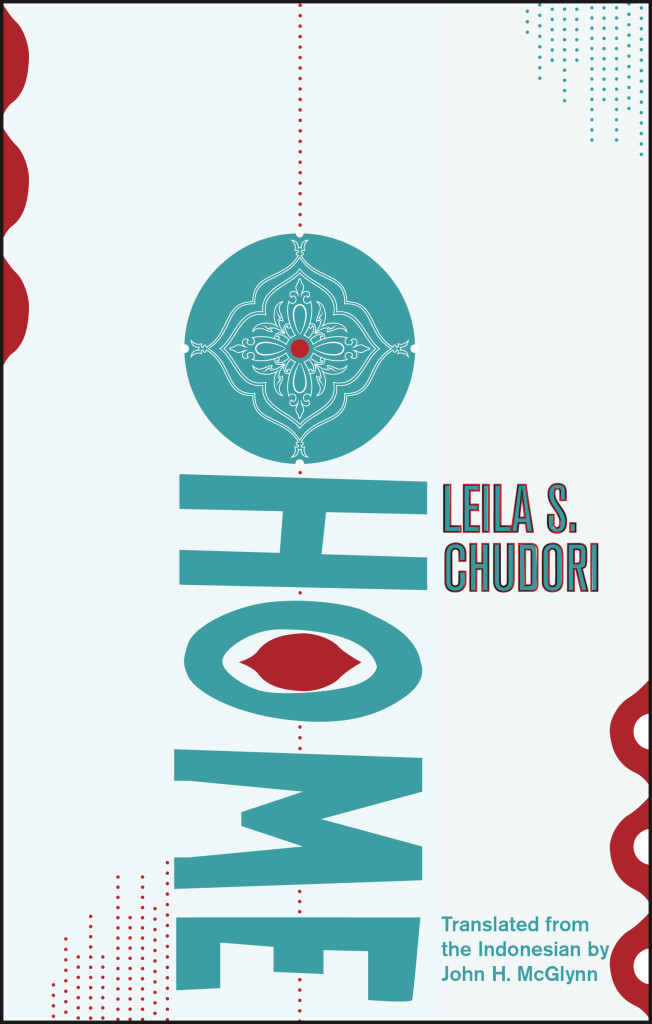 The following is from Leila S. Chudori’s debut novel, Home, a story alternating between Paris and Jakarta in the time between Suharto's 1965 rise to power and downfall in 1998. Chudori is Indonesia's most prominent female journalist. Home won Indonesia's most important literary prize in 2013.

Night had fallen, without complaint, without pretext.

Like a black net enclosing the city, ink from a monster squid spreading across Jakarta’s entire landscape—the color of my uncertain future.

Inside the darkroom, I know not the sun, the moon, or even my wristwatch. But the darkness that envelopes this room is imbrued with the scent of chemicals and anxiety.

Three years ago, the Nusantara News Agency where I worked was cleansed of lice and germs like myself. The army was the disinfectant and we, the lice and the germs, were eradicated from the face of the earth, with no trace left. Yet, somehow, this particular louse had survived and was now eking out a living at Tjahaja Photo Studio on the corner of Jalan Sabang in central Jakarta.

I switched on the red light to inspect the strips of negatives hanging on the drying-line overhead. It must have been around 6 p.m. because I could hear the muzzled sound of the muezzin drifting in to the darkroom through the grate in the door, summoning the faithful for evening prayer. I imagined the scene on Jalan Sabang outside: the quarrelsome cackling of motorized pedicabs; the huffing and puffing of slow-moving opelets searching for passengers; the creaking of human-driven pedicabs in need of an oil job; the cring-cring sound of hand bells on bicycles as their riders wove their way through the busy intersection; and the cries of the bread seller on his three-wheel contraption with its large box and clear glass windows. I could even see the early evening wind bearing the smoke and smell rising from skewers of goat satay being grilled on the brazier at Pak Heri’s itinerant but immensely popular food stall located smack dab at the intersection of Sabang and Asem Lama. I could see him using his well-worn pestle to grind fried peanuts and thinly sliced shallots on an oversized mortar, then drizzling sweet soy sauce over the mix. And then I imagined my good friend, Dimas Suryo, studiously observing Pak Heri and discussing with him his choice of peanuts with the same kind of intensity that he might employ when dissecting a poem by Rivai Apin.

Almost every evening, like clockwork, all other sounds from the outside were drowned out by the long shrill whistle from the steamer on Soehardi’s food cart as our regular vendor of steamed putu—a favorite treat of mine, those steamed rice-flour balls with their grated coconut on the outside and melted cane sugar inside—pulled up outside the photo studio. But other than the smell of Pak Heri’s goat satay, that sound was about the only thing—that shrieking sound—that was able to make its way into the darkroom. The deadly darkness of the developing room seemed to smother almost every sound. But the screak of the putu steamer and the smell of the cakes always served as a rap on the doors and windows of the photo studio. It was a sign the time had come for me to leave this room that knew no such a thing as time.

Today, I don’t know why, I felt reluctant to go outside. Maybe because I could picture the world outside the room and how depressing it seemed to me: neon lights casting their harsh glow on the studio’s white tiled floor and glass display cases; Suhardjo and Liang tending to customers who were there waiting to pick up prints from rolls of film they had left at the store a week before or to have their pictures taken for the formal photographs they now needed for identification purposes. For the past two years, income from the latter had been the largest source of revenue for the studio. Every day, at least ten to fifteen people came to have passport-size photographs taken to attach to government-issued letters of certification that they were not a communist, had never participated in any activity sponsored by the Indonesian Communist Party, and had not been involved in the so-called attempt to overthrow the Indonesian government now known as Gestapu, the September 30 Movement.

The banshee-like shriek of the steam whistle from the putu cart resounded again and again, as if calling out to me. But still I didn’t move. Mixed with the whistle of the putu cart, I thought I could hear the sound of a human whistle as well. Listening more carefully, I heard the ringing of the bell that hung from the top of the door to the studio and then the tromping of heavy footsteps as they crossed the tiled space between the doorway and the sales counter in the back of the studio. Now I didn’t know which was louder: the whistling of the putu cart or the beating of my heart.

My ear now to the door, I heard a stranger growl: “Hello.”

“Evening! May I help you,” came the reply of a familiar voice, that of Adi Tjahjono, owner of Tjahaja Photographic Studio.

I couldn’t hear Adi’s reply but I imagined him being immediately on guard. I guessed that in addition to the stranger whose voice I’d heard, there were two or three other men as well.

A different voice answered—“His cousin, from Central Java” —in a tone more educated and refined.

I waited for Adi to answer but heard no answer. Even if the man speaking was not my “cousin from Central Java,” because of the man’s politesse and refined tone of voice, Adi could do nothing but to demonstrate a similar level of courtesy. Yet I heard him say nothing. I’m sure he was pondering how to respond.

Now I heard another voice, this one brisker and heavier in tone. “Ha-nan-to Pra-wi-ro, that would be his full name,” the speaker stressed, as if to warn Adi that he was ready to throttle him if Adi persisted in stalling or pretending not to remember.

In the darkroom, I stood, motionless, unable to think of what to do. I could still hear the wail-like whistle of the putu cart which, for some odd reason, now reminded me of Ravel’s “Miroirs.” Why wasn’t I hearing “Bolero,” I mused. Maybe because “Miroirs” helped to dampen my sense of sentimentality?

The darkroom had no window to the outside, meaning that if I were to try to slip out and run away, I would still have to pass through the door, which was adjacent to the sales counter and which further meant that no matter how fast my feet might carry me, the visitors would easily be able to stop me in my tracks. But, that said, right there and then I made up my mind that I no longer wanted to live on the run—not because of the discomfort and poverty such a life entailed, and not because I had lost the will to resist or to fight for my life, but because of the news I’d recently heard: Surti and the children had been moved from the detention center on Jalan Guntur to the one on Budi Kemuliaan. The point had come where I had to stop, not because I no longer believed in the struggle, but because I wanted Surti and our three children to be able to live in safety. I owed them at least that for their years of deprivation during the time I was living on the run.

The door to the darkroom creaked—why was it I never remembered to oil the hinges?—and then I heard Adi calling to me, announcing the visit of my “cousin from Central Java” which was immediately drowned out by another long shriek from the putu cart. I couldn’t quite make myself hear what was said after that but I knew the intent: I had to surrender.

Opening the doorway to the darkroom, I saw my friend. We stared at each other. I could see tears welling in Adi’s eyes. I knew he was powerless. I nodded then took my jacket from the hook on the back of the door. It was April 6, 1968. I looked at my wrist, somehow forgetting for that instant I had lent my watch to Dimas Suryo, three years previously. Dimas, Nugroho, and Risjaf were now living in exile in Peking, I’d heard. Maybe my 17-jewel Titoni was helping him to keep better time. Strange, I thought, even after three years I could still detect a lighter band of color on the skin of my wrist.

As I emerged from the darkroom, the four “visitors from Central Java” immediately rose from the wooden bench in front of the till and stepped towards me, each with one hand inside his jacket, as I came out from behind the counter. More accurately, they surrounded me and were obviously prepared to shoot me in case I tried to escape. One of the four—the leader, I suppose—stepped closer towards me and smiled.

“Bapak Hananto, I am First Lieutenant Mukidjo.” His tone was polite, with the same level of refinement I had noted earlier. His eyes sparkled and his smile was one of great satisfaction. I caught a glint of gold as his smile widened. He must have been feeling intensely pleased; I was the last link in the chain the military had been seeking. Ever since the hunt for me began three years earlier, they had captured hundreds of friends and associates.

“Please come with us…”

First Lieutenant Mukidjo was acting in a truly civilized way— though I myself was mentally prepared to be kicked and beaten. From news I’d picked up from friends, the military detectives who had been assigned to track me down had dubbed me “the Shadow,” so frustrated they were in trying to find me. I nodded to the officer, then calmly walked towards the front door of the store as he and his three companions, who were dressed in civilian clothing, took their leave of Adi Tjahjono.

Night had fallen, without complaint and without pretext.

Flanked by two men, at both my front and back, I went with them to the two vehicles that were parked in front of Tjahaja Foto: a Nissan patrol truck and a canvas-roofed Toyota jeep. First Lieutenant Mukidjo with the gold-filled teeth told me to get in the back of the jeep. I saw in my mind the faces of Surti, Kenanga, Bulan, and Alam, and then those of my friends who were now so distant. I don’t know why, but of all of them, it was only Dimas Suryo who stared back at me. As the truck’s engine roared, I cast my eyes down Jalan Sabang to see Soehardi’s steamed-putu cart, Pak Heri’s satay stall, and, finally, for the last time, the slowly, seemingly sadly flashing neon lights of Tjahaja Photo Studio. 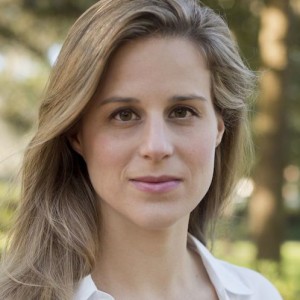 Lauren Groff on Power, Privilege, and Feminism Tomorrow night, the winner of the National Book Award, perhaps our country’s most prestigious literary prize, will be announced....
© LitHub
Back to top