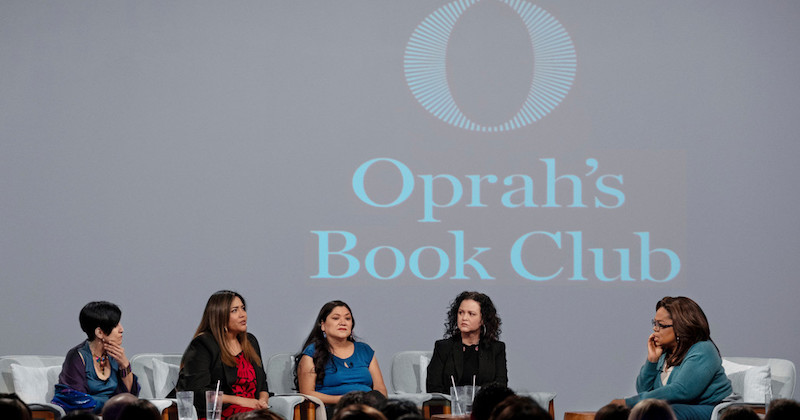 The debate around Jeanine Cummins’ controversial novel American Dirt will continue on March 6th when a new episode of Oprah’s Book Club airs at midnight (ET) on Apple TV+.

The two-part episode centers on the Oprah Book Club selection that stirred one of the most vociferous discussions about race and representation the literary world has seen for some time, culminating in an open letter to Oprah Winfrey, signed by 142 writers and published on Literary Hub, criticizing American Dirt‘s “lack of complexity.”

“In the informed opinions of many, many Mexican American and Latinx immigrant writers,” the letter reads, “American Dirt has not been imagined well nor responsibly, nor has it been effectively researched. The book is widely and strongly believed to be exploitative, oversimplified, and ill-informed, too often erring on the side of trauma fetishization and sensationalization of migration and of Mexican life and culture.”

Winfrey and Cummins will be joined by a handful of Latina writers including Reyna Grande, Julissa Arce, and Esther Cepeda, as well as members of the Latinx community, according to Publishers Weekly.

The carefully guarded episode taping took place on February 13th in Tucson, AZ. A number of people, among them Roberto Lovato of #DignidadLiteraria, have interpreted the secrecy around the event as a sign of Winfrey’s unwillingness to engage with American Dirt‘s most vocal critics.

In an interview with Associated Press after the event, Cummins expressed how nervous she was “to walk in there knowing that I was going to, potentially, be called upon to defend my book, which is not a thing any writer wants to do ever, under any circumstances.”

For her part, Winfrey said the discussions have encouraged her to consider even more books written by Latinx authors for future Book Club selections.