From Krakow to Auschwitz, and Letting Go of Characters

I never thought I’d go to Auschwitz. I made multiple attempts over the course of writing Mischling, but the everyday and my own inadequacies intervened, and with such consistency that I eventually came to believe that such a visit was as unlikely as finishing the novel at all.

And then I did finish. And I missed writing from the perspective of the narrators, Pearl and Stasha Zamorski. I missed it in a way that threatened the thought of writing again. Because how could I ever possibly match that attachment? The notion seemed impossible. In the absence of process, reunion arose. I decided to go to four places in the novel, places that held meaning for Pearl and Stasha. Three of these places were: Krakow, Lodz, and Warsaw. And the fourth was the kingdom of doctor Josef Mengele, a place that Stasha might argue had no meaning at all: Auschwitz.

Krakow was a city of refuge and connective hinge within the book. Its Jewish quarter was the beginning and end of my trip, a return between sites of mourning, even while it held its own. Before I left, I wanted to bring flowers to the fragments of the Krakow ghetto walls, as tribute. The roses I found weren’t enough, but I hailed a cab, determined to make them be enough. Once inside the cab, I noticed that the driver’s hands were nearly as red as my roses and his fingers curled on themselves, forming fists, even as he ably steered me towards the memorial site. They were hands that wouldn’t be seen as hands by Mengele. Thinking of the doctor was now a reflex, one I was hoping to lose while in Poland. Because there is a terrible thing that happens when you spend so much time in a story that involves a man obsessed with genetic perfection: even as you know that purity destroys and superiority is a lie, you will find, too, that you are unable to stop zeroing in on aspects that would have attracted the eye of evil. I didn’t want that perspective as I left my roses. I wanted someone else’s. Standing before the fragments of the walls, I thought of Henryka Lazawart, a Polish Jewish poet who was murdered in Treblinka. She wrote “The Little Smuggler” for the children of the ghettos. The beginning lines:

Past walls, past guards
Impudent, hungry, obstinate
I slip by, I run like a cat
At noon, at night, at dawn
In foul weather, a blizzard, the heat of the sun
A hundred times I risk my life
I risk my childish neck.

It was too easy to imagine a child slipping past these walls, and failing to return.

I was around twelve, the twins’ age, when I first saw pictures of it. A gutted city, the most destroyed in all the world. As a child, I was fascinated by its devastation; as an adult, I was drawn to its rebuild. I went to the Warsaw Zoo, a pivotal location for Stasha, and found myself standing outside the villa where Jan and Antonina Zabinski had saved so many from Nazi hands. This story, detailed in the book The Zookeeper’s Wife, by Diane Ackerman, had become a great comfort to me while reading so many other, less hopeful narratives. I’d often dip into it just to catch one of Ackerman’s remarkable descriptions, hoping to reorient myself. Even in speaking of the Zabinski’s methods of concealment, she evokes the animal kingdom:

In the wild, animals inherit clever tricks of blending into their surroundings; for instance penguins are black on top and white on the bottom so that the patrolling skuas will assume they’re a twist of ocean and leopard seals dismiss them as clouds. The best camouflage for people is more people, so the Zabinskis invited a stream of legal visitors…

There was always something in Ackerman’s links between the human and the animal life that reassured me. So to see the Zabinskis’ villa remained, and that life moved about at the Warsaw Zoo was as soothing a thing as one could hope to find on such a trip. It was on dwelling on the variation of such creatures that Stasha and Pearl had sustained themselves—this was a trick of thought, a game that helped them imagine a life beyond suffering, even while recognizing the largeness of it. It was a game I’d struggled to articulate, and later, one I’d found myself unable to fully leave behind. The sight of the current residents of the zoo, like Ratu the tiger, or Buba the elephant, made me feel as if I never should.

In Lodz, I visited the station where the Zamorskis would have taken the last transport to Auschwitz. It was raining. Israeli flags, fixed with pebbles, marked the plaque acknowledging the station’s role in the deportation of prisoners to concentration camps. Stones loomed at the rear of the station, each bearing names: Auschwitz-Birkenau, Stutthof, Ravensbruck, Kulmhof am Ner, Sachenhausen Oranienberg, Gross-Rosen. I stood in the cattle car stationed on the tracks and looked out its brief window. There were the train tracks marching on, and beyond them, a little slope, and beyond that, more woods. The grass was greener than it had any right to be. This was one of my consistent grievances in Poland—that the land that was so beautiful had been forced to host atrocity. It brought to mind Yehuda Amichai, and these lines his poem “Seven Laments from the Fallen in the War.”

I’d always read that last line with the cadence of the question. It was habit, instinct—I wasn’t trying to interfere with Amichai’s perfection. But in the cattle-car, for once, I could not help the imposition of a question mark.

WHERE IT BECOMES SO HARD TO SAY A NAME

I saw the willows first. I wondered if I was focusing on nature more than usual, if it was some coping tactic. Because when faced by the grounds outside the camp, all I could focus on was their easy drape and flutter. But of course, even the fact of their shade, veiling the still-soft ground of former swampland, made it too easy to picture the Nazi officials and their families, all picnicking on the lawn.

There was the lawn, and then, there was the dust inside. I’d tried to write of the August heat that had blanketed the girls’ arrival. I knew fairly immediately that I hadn’t captured its full oppression, the humidity, the eddies of dust that must have coated them.

I tried to linger at the brick building that had housed the women’s orchestra. It seemed impossible that we could not still hear that music, the music that had built illusions and accompanied death. There should have been some suggestion of it—it felt unlikely that this place could still stand without the vaguest traces of those songs, secreted in cracks between the bricks. I felt a flight into my own head, and inside it, there were names: Primo Levi. Tadeusz Borowski. Elie Wiesel. Sara Nomberg-Przytyk. Charlotte Saloman. Paul Celan. I thought of their work, all in pieces. I thought of the child’s eye, view, and these lines of Wislawa Szymborksa’s “Hunger Camp at Jaslo” shuddered as I walked:

History counts its skeletons in round numbers.
A thousand and one remains a thousand,
as though the one had never existed:
an imaginary embryo, an empty cradle,
an ABC never read,
air that laughs, cries, grows…

I’d always rested on the mentions of that ABC, that “empty cradle,” that “imaginary embryo.” To me, those images always cleared a space within the poem, a space that mimicked the dimensions of a very small child, one able to hide in a suitcase, or behind her mother’s skirts.

Thinking of what it might be to be 12 years old, setting foot in a land intended to destroy families and futures—I couldn’t help but wonder what I’d missed. This had been one of my great fears in writing the book—knowing that I was bound to miss, that I could only fail to articulate every longing and dream and hope that still haunted this place, that made it so unbearable and yet, so important to bear.

One doesn’t want to focus on oneself in speaking of such things, even while attempting to describe what it means to bridge your imagination with a visit. One doesn’t want to speak for others. For survivors. For the descendants of survivors. How to maintain a distance, to acknowledge horror, to not possess it as so many other things were repossessed by those who suffered at Nazi hands, and yet, to attempt the portrayal? It is hard to say what I truly know.

Except this: I left my boots in Poland. Those boots couldn’t come back with me. I was attached to those boots. They’d carried me through the leanest of years, sturdy go-tos for a small person who wanted to stop feeling like a child. But I couldn’t take those boots back with me, and I couldn’t clean them either. What they could have carried in their folds and creases was too much pain and horror, too much—and all of it unsayable. I told myself that I could have walked somewhere new in them, somewhere beautiful in Poland, somewhere Stasha and Pearl would have appreciated.

But I didn’t want to.

Affinity Konar was raised in California. She has an MFA in fiction from Columbia University. Her novel, Mischling, is out now. 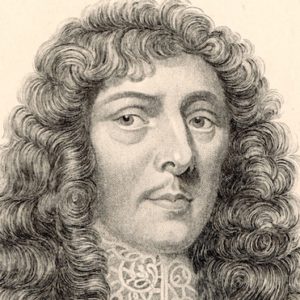 Ruth Scurr will appear at the September 20th House of SpeakEasy event “This Is Not the End”, alongside J. Michael Straczynski,...
© LitHub
Back to top