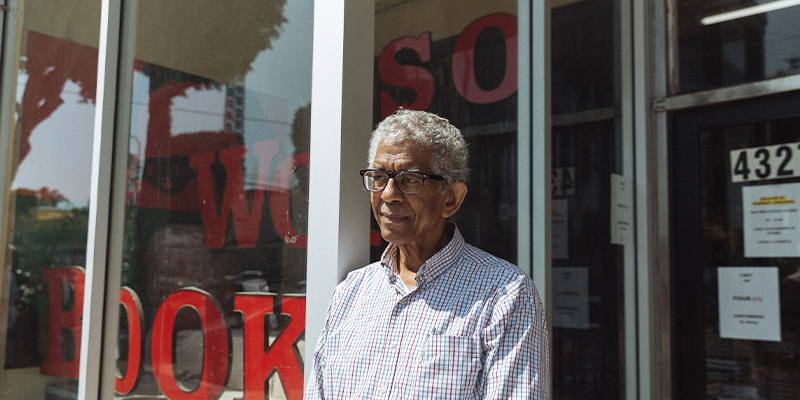 One of the country’s oldest Black-owned bookstores is closing.

Los Angeles’ Eso Won Books has announced that they will be shutting their doors at the end of the year. Since the 1980s, this independent bookstore has dedicated itself to celebrating the voices of Black writers. They are known for their large selection of books on every subject relating to Black history and beyond. They have famously hosted events with Barack Obama—before he was president.

And they’ve managed to do it all primarily as a team of two! Co-owners James Fugate and Tom Hamilton—now both in their 60s—feel that it’s time to close but call upon other local bookstores to support indie presses. As Fugate said:

I just hope we continue to have stores that will support Black Classic Press and Africa World Press and [Baltimore-based] African World Books. We are going to need bookstores that make sure those smaller companies are part of the supply chain, and not just the majors.

Over the past couple of years, fueled by the Black Lives Matter movement and the murder of George Floyd, the publishing industry has started to realize it needs to more actively champion marginalized voices. In 2021, Eso Won Books was selected as PW’s Bookstore of the Year. They saw their sales increase exponentially—sometimes reaching a thousand(!) orders a day.

Although their closing will leave a hole in the hearts of many local book lovers, may this be a gentle reminder to continually support the other incredible Black-owned bookstores out there.