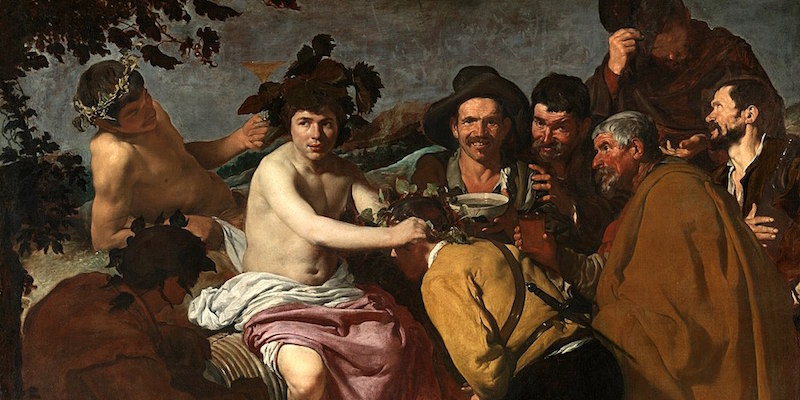 A familiar trope in cultures around the world and throughout history is alcohol as muse. As Da’an Pan notes, “In traditional Chinese culture . . . wine plays the paradoxical role of intoxicator and facilitator of artistic imagination, ‘awakening’ drinkers to their optimum creative moments . . . to be intoxicated is to be inspired.” It is not uncommon for ancient Chinese poets to have entire series of poems under the rubric, “Written While Drunk,” including this one from the Zhang Yue (667 to 730):

Once drunk, my delight knows no limits—
Even better than before I’m drunk.
My movements, my expressions, all turn into dance,
And every word out of my mouth turns into a poem!

This recalls an ancient Greek saying:

If with water you fill up your glasses
You’ll never write anything wise
But wine is the horse of Parnassus
That carries a bard to the skies.

The name of Kvasir, the Anglo-Saxon god of the bards and artistic inspiration, was derived from the word for “strong ale.” In Norse mythology, Kvasir is killed and his blood mixed with alcohol to create the “mead of inspiration.” “Anyone who drank of this magic potion,” observes Iain Gately, “could thereafter compose poetry and speak wise words.” And despite a nominal religious commitment to prohibition, the greatest Persian poetry was produced by, and openly celebrated, the revelatory power of wine.

As the scholar of English literature Marty Roth notes, while modern writers from Eugene O’Neill to Hemingway have explicitly denied the role of alcohol in their art, “this disclaimer, when it comes from a heavy drinker, is more likely to be part of an alcoholic alibi system than a statement of fact.” In any case, it is impossible to ignore the fact that an inordinate proportion of writers, poets, artists, and musicians are also heavy users of liquid inspiration, willing to put up with the physical and sometimes financial and personal costs in return for an unleashed mind. “It shrinks my liver, doesn’t it? . . . It pickles my kidneys,” declares the fictional, and alcoholic, writer in Billy Wilder’s The Lost Weekend. “Yes. What does it do to my mind? It tosses the sandbags overboard so the balloon can soar.”

Other chemical intoxicants can also be drafted to play this role. In Vanuatu, a Pacific island that traditionally relied on kava rather than alcohol, songwriters, when commissioned to create something new, withdraw to the forest to commune with the ancestors, drink kava, and await inspiration. Cannabis has similarly served as a muse for millennia, fueling the imaginations of Sufi mystics, Beat poets, and jazz musicians. And of course Coleridge’s famous “Kubla Khan” was the product of an intense opium trip.

The advantage of alcohol, kava, and cannabis is that they are relatively easy to integrate into ordinary creative and social life. Psychedelics like psilocybin or mescaline create a more dramatic rupture with everyday reality. For this reason, their use has historically been restricted to occasional rituals or to a specialized social class, such as shamans. The term “shaman” is generally used by scholars of religion to refer to individuals who serve as intermediaries between the human and spirit worlds, and derive from the latter various powers, typically including the ability to cure illnesses, foretell the future, and communicate with and control animals. Across the world, some of our earliest unearthed burials involve what seem to be the remains of shamanistic figures, based on the presence of ritual items, animal imagery, and—perhaps the most commonly cited diagnostic feature—chemical intoxicants, particularly psychedelics.

It is impossible to ignore the fact that an inordinate proportion of writers, poets, artists, and musicians are also heavy users of liquid inspiration.

So ancient are shamanistic religions that some claim they can be found even among other, extinct hominid lines. The so-called “flower burial” in a cave in northern Iraq, from approximately 60,000 years ago, contains the remains of a Neanderthal (Homo neanderthalensis) male who was described in early reports as a possible shaman, based on pollen traces suggesting that he had been laid to rest on a bed of flowers that included a wide range of medicinal and intoxicating drugs. Whatever the likelihood that Neanderthals got high or communed with spirits, early human burials suggest that intoxicant-fueled shamanistic trances and visions have an ancient pedigree.

Ceramic vessels from the Chavín culture in the Peruvian Andes (1200 to 600 BCE) portraying a jaguar beneath a San Pedro (mescaline) cactus are generally understood in a shamanistic context. The cactus is the drug that facilitates the shaman’s visions and journeys to the other world. In the Andes, a cave burial dated to approximately 1000 CE appears to be the tomb of a shamanistic figure, given the presence of extensive ritual paraphernalia, snuffing tables and a snuffing tube, and a pouch containing the remains of cocaine, chemicals associated with ayahuasca, and possibly psilocybin. None of these substances are indigenous to the region, suggesting that intoxicants were part of an established and wide-ranging trade network.

One way to look at the historic function of shamans is as sources of radically creative insights. Returning from their chemically induced spirit journeys, they bring with them new views about what is making So-and-So sick, the root causes of the conflict between factions X and Y, or what to do about the recent drought or disappearance of local game. While shamans typically credit these insights to the spirits, we might see them, instead, as messages from deep regions of the unconscious allowed to rise to the surface of a prefrontal cortex-impaired brain. With the benefit of modern cognitive science, we can understand that this ancient and ubiquitous association of intoxication and creative insight is no accident.

If your goal is to maximize implementable cultural innovation, your ideal person would be someone with the body of an adult but, for a brief period, the mind of a child.

Psychologists have long known that the sort of creativity involved in lateral thinking is inhibited by an explicit focus on goal achievement or concern about rewards external to the task at hand. Trying too hard to solve the Remote Associate Task (RAT) makes you do worse than if you simply relax and give your mind space to come up with a key word that unites the three stimulus words. When instructed to produce a creative collage from a stack of colored paper and glue, you will produce a more dull and conservative effort if you think you are to be evaluated by external judges. Although people with reduced cognitive control capacity have trouble focusing their attention, they appear to do better at solving problems that require creativity and flexibility. Professional writers and physicists alike report that their most creative ideas—the ones that produce the wonderful feeling of aha! discovery—come to them while “mind wandering,” or drifting around in a mental state disconnected from the task at hand or immediate goals.

As we have seen earlier, it is the prefrontal cortex (PFC), the seat of Apollo, that is the problem here. We noted that adults with PFC damage, or those who have their PFCs temporarily taken offline by a nice zap from a transcranial magnet, do better on creativity tasks. Similarly helpful is an overall passive or relaxed state of mind, indicated by a high level of alpha-wave activity in the brain, which reflects a downregulation of goal-oriented and top-down control regions like the PFC. In one study, experimenters used biofeedback to increase alpha-wave activity in a group of subjects. The participants were wired up to EEG monitors, shown a screen with a green bar indicating their level of alpha activity, and instructed to raise the bar as high as possible. To help them, they were given hints that would be familiar to anyone who has tried meditation: Relax your mind, breathe deeply and regularly, let all thoughts and feelings come and go freely, feel your body relaxing into your posture. Shortly thereafter, the subjects who successfully raised their alpha activity outperformed their peers on a lateral thinking task.

As the creative primate, humans are crucially dependent on lateral thinking. We require a continuous stream of novel insights and a constant reorganization of existing knowledge. Children, with their underdeveloped PFCs, are superstars in this regard. But as we’ve seen, the very thing that makes them so creative renders most of their creations useless, at least from the pragmatic perspective of goal-oriented adults. Bizarrely distorted Lego worlds featuring post-apocalyptic, scavenged-parts vehicles driven by Lego people with Barbie-doll heads, or menageries of superhero figurines and stuffies organized into formal English tea parties, reflect impressive out-of-the-box thinking. But what society really needs right now is new vaccines and more efficient lithium-ion batteries. If your goal is to maximize implementable cultural innovation, your ideal person would be someone with the body of an adult but, for a brief period, the mind of a child. Someone with downregulated cognitive control, heightened openness to experience, and a mind prone to wander off in unpredictable directions.

In other words, a drunk, stoned, or tripping adult. Societies have come to associate intoxication with creativity because chemical intoxication has been a crucial and widely used technology to effect this transition from adult to mental childhood in a relatively controlled manner. 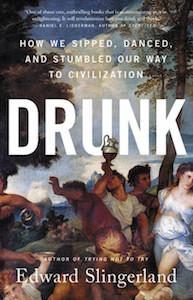 Edward Slingerland is Distinguished University Scholar and Professor of Philosophy at the University of British Columbia, with adjunct appointments in Psychology and Asian Studies, and Director of the Database of Religious History (DRH). Slingerland is the author of Trying Not to Try, which was named one of the best books of 2014 by The Guardian and Brain Pickings and covered widely in outlets such as the New York Times and The Atlantic, and Drunk. He has given talks on the science and power of spontaneity at a variety of venues across the world, including TEDx Maastricht and two Google campuses, and has done numerous interviews on TV, radio, blogs, and podcasts, including NPR, the BBC World Service and the CBC.

Where the Horses Sing: Llewellyn Vaughan-Lee on Returning Our Awareness to the Natural World

Upcycling Won’t Save of Us From Our Habits of Consumption 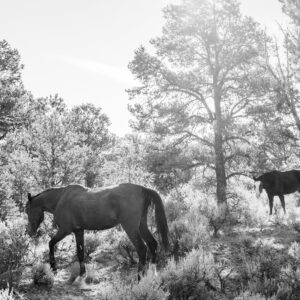 Where the Horses Sing: Llewellyn Vaughan-Lee on Returning Our Awareness to the Natural World