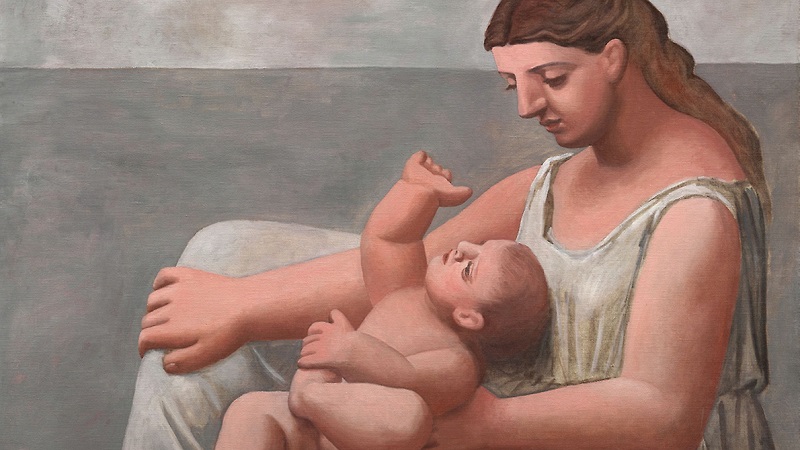 Nicole Gulotta Balances the Role of Mother and Writer

A few years ago, I had the luxury of a private office at my day job and often holed up on my lunch breaks to write. On weekends I could be found sipping iced tea in a bustling coffee shop, spending several hours publishing blog posts, tinkering with essays, and browsing the internet in a fit of procrastination. Then I had a baby.

After my son was born—and those idyllic writing days came to a screeching halt—my creative life needed an entirely new strategy. In the early months, this wasn’t a smooth process. Take an ordinary Saturday morning before walking to the farmers’ market. At the breakfast table I’d been finishing up our meal plan for the week and had an urge to bake bread. I can’t explain the sudden impulse—only that I had a deep longing to knead dough, watch it rise, and take in the nutty aroma as it filled the house. But at the same time, I wanted to step outside, find a seat at my old coffee shop, and write. This particular weekend, I didn’t have time for both. Forced to choose between two activities that felt fundamental to my being, I burst into tears (and maybe my hormones were still recalibrating). My post-pregnancy reality as a full-time employee at a food startup, parent to an infant, and writer had quickly brought me face to face with choices I didn’t want to make.

After giving birth, I knew I was stronger than I thought, but my resolve was now being tested in less physically demanding ways. Looking back, that outpouring of emotion had less to do with bread and more to do with the fact that juggling my new role as a parent with a writing career required me to consciously choose to do less instead of more, which was a new and uncomfortable realization.

To help me set priorities, I turned to business consultant Greg McKeown’s philosophy laid out in Essentialism: The Disciplined Pursuit of Less to help me make the most of my limited time. “Essentialism is not about how to get more things done; it’s about how to get the right things done.” To figure out what this looked like for my creative life, I devised an exercise for myself. On a pad of Post-it notes, I wrote activities I was either pursuing or wanted to pursue (blogging, book writing, social media, maintaining a newsletter, freelance work) and stuck them on a wall. Then I walked away.

Juggling my new role as a parent with a writing career required me to consciously choose to do less instead of more, which was a new and uncomfortable realization.

Over the next few days, it became clear that writing my next book was the most essential activity of all, so I stacked each note in one of two columns: activities that would help me achieve my goal, and those that wouldn’t. Unfortunately, last-minute bread baking, blogging, and Netflix binges didn’t make the cut. Getting enough sleep did. The process, while humbling, made me realize that in order to move forward, care for myself and my family, help keep our house in order, and write, I needed to drastically lower my expectations and focus on one thing at a time.

It was helpful to know where to direct my energy, but there was still the matter of when to write. A 2015 study found limited time and resources can enhance our ability to find solutions—something that happened naturally the longer I parented and the more judiciously I pruned my project list. While I bemoaned a lack of time for creative pursuits, my brain was busy discovering new ways to continue making headway on my work-in-progress.

During the year my son was nursing, I became adept at writing in the note app on my phone. Instead of congratulating myself for finishing an entire chapter, I celebrated typing three sentences with my opposite hand while a baby and a round pillow sat snug around my abdomen. My new job—in a lively open-concept office with less consistent lunch breaks—meant the work week was proving an unreliable partner in my creative life. I started taking brief walks around the block several times a day, and most of the time I’d end up with a few sentences or a fresh idea to ponder. My son’s Sunday afternoon nap became sacred time for me to get out of the house, added as a recurring event on my calendar. Some days I’d bring a notebook into my son’s room while he played, jotting down a few lines while reclining on a mound of pillows and stuffed animals.

Were any of these circumstances ideal? Not really, and they still aren’t. But that doesn’t mean writing for five minutes here or 15 minutes there can’t add up to something. My second book came together bit by bit—in airports, on park benches, in my car before preschool pickup, and occasionally, on my computer. It’s looking increasingly likely that this is how I’ll get the majority of my writing done until my son goes off to college.

Making space for writing while still in the throes of new parenthood reminded me of the unsolicited advice I got when I was pregnant, much of which boiled down to a single nugget of wisdom: don’t get too comfortable. Well-meaning family members and friends cautioned against assuming anything that was going well would last beyond a few weeks, which turned out to be fairly accurate. The fourth trimester revolved around little increments of time. Micro-seasons, I called them. Somewhere in the midst of the early postpartum months it occurred to me that a writer’s life is lived in seasons too.

In the past four years, “writing in the margins” has become my new mantra. Gone are the days when I could bend my life around inspiration’s whim. But as much as I’ve longed for those pre-parenthood freedoms, I now recognize how these newfound constraints—so long as I’m in the right mindset—can serve as a tool to help keep me focused.

The fourth trimester revolved around little increments of time. Micro-seasons, I called them. Somewhere in the midst of the early postpartum months it occurred to me that a writer’s life is lived in seasons too.

My baby has now turned into an energetic, sweet, and curious boy, and we’re in a somewhat predictable routine now when it comes to sleeping, eating, and how long we can travel in the car together. His hours in preschool can be counted on for writing most days, yet I—like probably any parent in history—am still surprised by how quickly time passes and how I need to continue protecting my precious chunks of free time. My best bet has been embracing the season I’m in, being grateful for short windows to get a thought down, and finding contentment in moving at a much slower pace than I’ve been accustomed. Plus, it leaves time for snuggling in a tent to read, collecting pine cones on morning walks, kicking a soccer ball around the yard, and even letting a loaf of bread rise on the counter after my son and I knead it together, which he’s finally old enough to do. Now matter how much writing I think I need to get done, that’s the stuff I don’t want to miss.

Nicole Gulotta’s Wild Words is out now from Roost Books.

Nicole Gulotta is the author of Wild Words: Rituals, Routines, and Rhythms for Braving the Writer’s Path and Eat This Poem: A Literary Feast of Recipes Inspired by Poetry.

Maaza Mengiste: This Book Was 'A Bone in My Body' 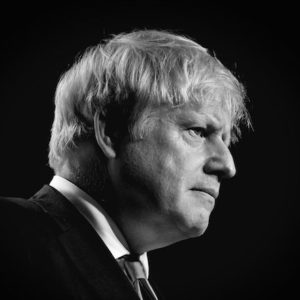 In this episode of Keen On, Andrew talks to David Edgerton, historian and author of The Rise and Fall of the British Nation,...
© LitHub
Back to top