David Edgerton Talks to Andrew on Keen On

In this episode of Keen On, Andrew talks to David Edgerton, historian and author of The Rise and Fall of the British Nation, now available in paperback.

Andrew Keen: Are you suggesting that we’re particularly dishonest in the early part of the 21st century? Haven’t we always wanted to tell our own stories that suit our agendas, our ideologies, our interests?

David Edgerton: Yes, of course. That’s absolutely right, but the great difference is that there was a public sphere that was more respectful of expertise, of honest engagement, than than we have in the present. I fully accept that that we’ve always lived with the dishonesty, with the ideology, with exaggeration, but that’s not to say that things haven’t got worse. I think they have, especially when we see leaders of nations prepared to knowingly lie outright. I don’t think that was true of most European leaders for most of the 20th century.

Andrew: Are you suggesting, then, that the the Brexit debate and Brexit-like debates are driven by this reaction, this hostility towards expertise?

David: No, I don’t think that’s the case. I think the Brexiteers have themselves become critical of expertise in the context of the debate about Brexit. I think the origins of Brexit aren’t to be found in a critique of expertise. They are to be found amongst a very particular group of men who believe in radical Thatcherism and see even the very liberal European Union as an impediment to that program. They have, however, developed a very, very strong position in defense of Brexit, which denies the significance of the critical commentaries that are nearly universal amongst experts.

Andrew: As a historian, what do you make of this populist hostility? And it’s not just in Brexit; you certainly find it with Trump and many other populist leaders around the world. This hostility towards experts like yourself, to academics, to journalists, to scientists.

David: I think what we have is a very particular kind of elite politics which mobilizes that base, not the population as a whole but their base in very particular ways. Part of that has been the discrediting of experts who are been as being on another side politically.

Andrew: We’ve seen this before in history.

David: I mean, many times we have seen it at certain moments in history. The Cultural Revolution in China. Some phases of the Russian revolution, in Cambodia in the 1970s. And of course, to some extent, in some ways in the Nazi period as well, but I think it’s new in British politics, and I think it’s new in U.S. politics.

Andrew: Is the anger today new?

David: No, clearly it isn’t. It isn’t new. I don’t think Brexit or Trump are driven by anger amongst large sections of the population. Brexit and Trump are fundamentally the product of the powerful, and they’ve mobilized parties of the right, not the poor voters of the left.

David Edgerton is Hans Rausing Professor of the history of science and technology and professor of modern British history at King’s College London. He is the author of The Rise and Fall of the British Nation: a Twentieth Century history.

Hans Fallada, the Anti-Nazi Writer Who Reluctantly Served the Reich 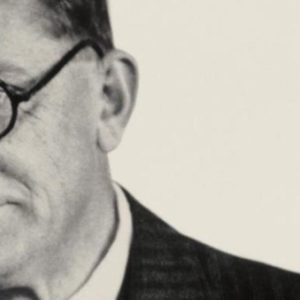 Hans Fallada, the Anti-Nazi Writer Who Reluctantly Served the Reich

Early on the morning of October 17th, 1911, 18-year-old Rudolf Ditzen and his friend Hanns Dietrich von Necker armed themselves,...
© LitHub
Back to top