The Icelandic Writer and Documentary Filmmaker
on the Emergence Magazine Podcast

Andri Snær Magnason is an Icelandic writer and documentary filmmaker. In this interview, Andri discusses his new book On Time and Water and our relationship to time in an age of ecological crisis. With Iceland having lost its first large glacier, the Ok glacier, this past summer, Andri discusses the ways in which geological time is beginning to move at the speed of human time. In order to bring about a planetary paradigm shift, he says, we need new ways to see and imagine ourselves into the future.

Andri Snær Magnason: The Casket of Time and On Time and Water are creative siblings, you could say. They both come out of experiencing time now to leave geological speed and start to change in human speed, but our reaction to this environmental crisis are on a geological level. Contrary to what we’ve been doing with technological progress during the twentieth century, we’ve scaled up certain industries. We’ve known about this crisis for forty years, but we still have not scaled up solutions as we’ve seen what other motivations are driving us. Both of these books are exploring from the same root our connection to time.

To put substance to the word, I feel like I have to use it throughout the book and connect it to things like words that we didn’t understand before, like freedom … to make us understand and think about the word. Instead of saying it and acting like the reader should understand it, I have to explain first why we don’t understand it. You can’t throw a word out like that and expect the reader to be shocked.

Etgar Keret on the Power Struggle Between a Father and Child 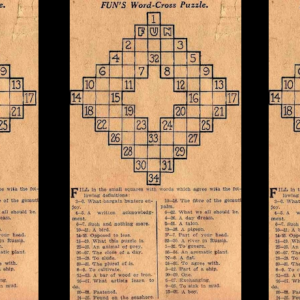 For good, for bad, for weird, here are the 100 books that defined a decade. | Lit Hub Best of the Decade High comedy...
© LitHub
Back to top