"Language has deserted the tongue that is thirsty."

let me declare doorways,
corners, pursuit, let me say
standing here in eyelashes, in
invisible breasts, in the shrinking lake
in the tiny shops of untrue recollections,
the brittle gnawed life we live,
I am held, and held

Hold—a large space in the lower part of a ship or aircraft in
which cargo is stowed. (of a ship or an aircraft); continue to
follow (a particular course); keep or detain (someone); a fortress.

One cannot read the words of the second stanza of the first poem of Dionne Brand’s Thirsty (published in 2002, one year after A Map to the Door of No Return), encounter her declaration of doorways, and not think of those door(s) of no return all along the West Coast of Africa. With that first poem of Thirsty one cannot not think of the ways we, Black people in diaspora, are held and held in and by the “brittle gnawed life we live,” unprotected from the terrible except by eyelashes. Thirsty. Thirsty is the final word that the poet gives to Alan as he falls . . . dead. Readers recognize in Alan, Albert Johnson who was shot dead in August 1979, on Manchester Avenue in Toronto; Alan Johnson, dead from a policeman’s bullet.1 Thirsty. Thirsty on the walk, in the hold, on the ship, on the shore and in the contemporary . . . Alan and Albert Johnson fall. We inhabit and are inhabited by the hold.

In an interview with Édouard Glissant about his theories of relation, Manthia Diawara (2011, 4) begins by saying, “A boat is a departure and an arrival.” I take that duality, that doubling of departures and arrivals, as my setting-off point for this section on what happens in the hold. Charlotte Delbo’s memoir None of Us Will Return begins with “Arrivals, Departures.” Delbo reports on another kind of ship, another kind of hold, that of the cattle cars arriving at Auschwitz or Buchenwald. So she begins with the station, which is nowhere, and the door that leads to death. She writes, “But there is a station where those who arrive are those who are leaving / a station where those who arrive never have arrived, where those who have left never came back. / It is the largest station in the world. / This is the station” (Delbo 1995, 5). There have been earlier doors, earlier stations, earlier ports of arrival and departure; I do not include Delbo here to make an analogy between the Holocaust (Delbo was a member of the French Resistance) and slavery. Slavery’s brutal arithmetics are precursive to those of the Holocaust. I begin here because of the ways Delbo makes clear that those arrivants (my word, with a nod to Brathwaite) from all over Europe, who will never depart and do not know the language of the guards, must learn a new language through kicks, punches, rifle butts, and shots. A mother slaps a child; the guards yell, hit, and pull; language falls apart.

It is in and with such falling, such ripping-apart, of language that Zong! begins. Language has deserted the tongue that is thirsty, it has deserted the tongues of those captives on board the slave ship Zong whose acquisition of new languages articulates the language of violence in the hold; the tongue struggles to form the new language; the con- sonants, vowels, and syllables spread across the page. The black letters float like those Africans thrown, jumped overboard, and lost in the archives and in the sea. “w w w w a wa / wa a wa t / er . . .” (Philip 2008, 3). The mouth tries to form the words of the other-tongue; except for the salty sea, water disappears in all of its manifestations: tears, urine, rainwater, and fresh drinking water. “One days water, water of want,” Philip writes. Language disintegrates. Thirst dissolves language. If we did not know, Delbo (1995, 11) tells us: “O you who know . . . did you know that hunger makes the eyes sparkle that thirst dims / them.” If we did not know, Morrison (1987, 210) tells us this in Beloved: “The men without skin bring us their morning water to drink we have none. . . . If we had more to drink we could make tears we cannot make sweat or morning water so the men without skin bring us theirs to drink.” Danticat (1996a, 12) tells us this in “Children of the Sea” through the words of a Haitian young man dreaming of his left-behind beloved as he faces knowledge of death: “I tried to talk to you, but every time I opened my mouth, water bubbles came out. No sounds”; Brand tells us this in Thirsty. Together these writers elaborate the hold and its long wake, the residence time of the hold, its longue durée.

Teenagers arriving in the Italian port of Lampedusa told workers from Save the Children how migrants from sub-Saharan African countries were often kept below the deck, deprived of water and sunlight. (Dearden 2015a)

In July last year, around 100 migrants were massacred by traffickers after they tried to escape a locked hold as fumes spread from the boat’s engine. As the poisonous gas spread below deck, panic started and the passengers managed to force open the door, only to be met by traffickers armed with knives who started massacring them and throwing them into the sea. (Dearden 2015a)

“Five men stabbed and assaulted passengers at random and threw them overboard, telling others not to react or they would suffer the same fate, police said. Approximately 60 of the migrants were attacked and their bodies dumped, while around 50 are thought to have been thrown directly into the sea to drown” (Dearden 2015a). “The captain and a crew member were among only 28 survivors rescued out of the estimated 950 people on board the 66 foot former fishing trawler.” (Dearden 2015b)

A teenage boy from Somalia says he wanted to be called Ali after his friend who was pushed into the sea alongside other passengers. (Dearden 2015a)

According to witness accounts gathered by police, the suspected traffickers—two Libyans, two Algerians and a Tunisian aged 21–24—threatened the migrants on board with knives and beat them with belts to control them. About 100 African migrants now presumed dead were allegedly held in the hull of the doomed boat, survivors told police. (Kirchgaessner 2015)

In the knowledges of people living in the wake these newspaper narratives have a resonance. We understand the compulsions of capital in our always-possible deaths. But those bodies nevertheless try to exceed those compulsions of capital. They, we, inhabit knowledge that the Black body is the sign of immi/a/nent death. These are accounts of the hold in the contemporary.

In Calais, the keepers of the hold respond with violence as refugees from Europe’s continued financialization of their unlivable lives and immiseration attempt to make it into England. Britain’s prime minister, David Cameron, refers to them as a “swarm of people coming across the Mediterranean, seeking a better life, wanting to come to Britain because Britain has got jobs, it’s got a growing economy, it’s an incredible place to live.” Cameron insists on and refuses “the hold.” In 2005, after uprisings in the wake of the death by electrocution of two young men who were being chased by the police, then-Interior Minister Nicolas Sarkozy referred to the young people in the streets as “scum” and “riffraff ” and said that he would “Kärcher” (pressure wash) the banlieues. Cameron and Sarkozy instrumentalize the orthography of the wake. They instrumentalize the conventions of the brutal language of the hold. “Starting tomorrow, we are going to clean the Cité des 4000 with a Kärcher.” In Germany, in Bayreuth, Berlin, and Hamburg, the lagers continue. There, refugees are held in villages for years unable to leave without permission, unable to go to the city, unable to find employment or go to school, they are in the living death of the lager. “’Being a black man or a “refugee” in Brandenburg is like being a Jew or a homosexual in the 1930’s in Germany,’ said Chu Eben, who fled Cameroon in 1998 and has been living in Germany ever since.”

“Since late 2012, the camp at Berlin’s Oranienplatz—a collection of around 30 large tents, adorned with slogans such as ‘We are here’ and ‘Kein mensch ist illegal’ (No one is illegal)—has been home to up to 200 refugees from different parts of the world.” In New Orleans, Louisiana, the Black displaced of Hurricane Katrina held in deplorable conditions in the Superdome, continue to be in a holding pattern, unable to return, unable to “move on,” as the city remakes itself without them. In Greece, on the island of Kos, police “have beaten migrants with batons and sprayed them with fire extinguishers as hundreds were gathering at a football stadium to wait for immigration documents.” On a popular French tv program the Senegalese writer Fatou Diome said,

These people whose bodies are washing up on these shores—and I carefully choose my words—if they were Whites, the whole Earth should be shaking now. Instead, it’s Black and Arabs who are dying and their lives are cheaper. The European Union, with its navy and war fleet, can rescue the migrants in the Atlantic and the Mediterranean Sea if they want to, but they sit and wait till the migrants die. It’s as if letting them drown is used as a deterrent to prevent migrants from coming to Europe. But let me tell you something: that doesn’t deter anyone . . . because the individual who is migrating as a survival instinct, who believes that the life they are living isn’t worth much, he’s not afraid of death.

The Zong repeats; it repeats and repeats through the logics and the calculus of dehumaning started long ago and still operative. The details and the deaths accumulate; the ditto ditto fills the archives of a past that is not yet past. The holds multiply. And so does resistance to them, the survivance of them: “the brittle gnawed life we live, /I am held, and held.” We understand this because we are “standing here in eyelashes.” 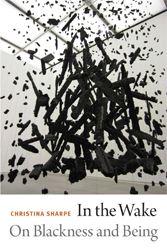 From In the Wake: On Blackness and Being. Used with permission of Duke University Press. Copyright © 2016 by Christina Sharpe.

Christina Sharpe is Associate Professor of English at Tufts University and the author of Monstrous Intimacies: Making Post-Slavery Subjects. 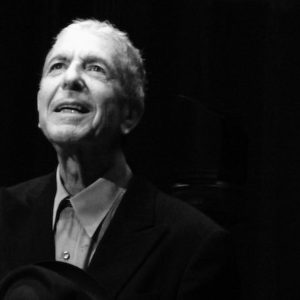 One moment it appears we are looking at nothing, and the next moment there it is. It emerges from the darkness like a space...
© LitHub
Back to top
Loading Comments...