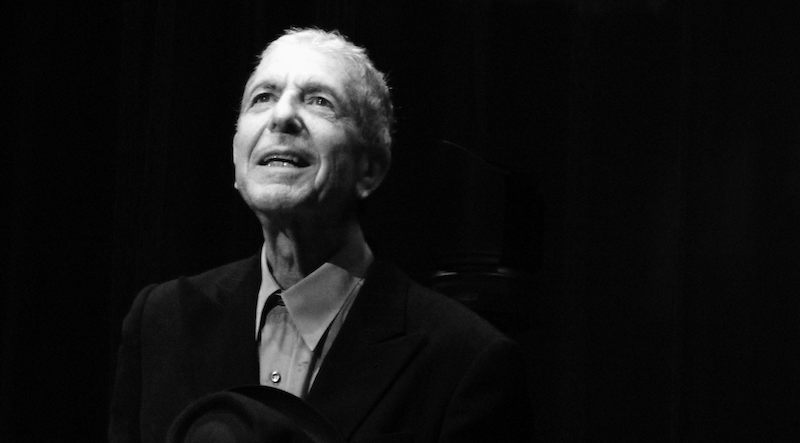 Erin Somers Awaits the Apocalypse at a Concert in Brooklyn

One moment it appears we are looking at nothing, and the next moment there it is. It emerges from the darkness like a space ship, the one belonging to the bad guys. I am in Downtown Brooklyn at the Barclays Center with my boyfriend. We are here to see the old Jewish troubadour Leonard Cohen.

It is raining as we cross Atlantic. I have been away from New York at graduate school and in my absence New York has done its New York thing: bodegas changing into bars changing into bodegas. Death star stadiums popping up where there was once… what?

Already this corner in its previous, ugly incarnation has slipped from our memories.

Outside the entrance, pandemonium. We get in the back of the line and the rain begins to fall harder. It is December 20, 2012, the day before the Mayans predicted the world will end.

A week earlier, I am sitting in a campus bagel shop when I get a call from my mother. My 62-year-old father has had an incident.

“A back thing,” she says hopefully. “Maybe a slipped disk.”

No, it’s nothing to freak out about. No, I do not need to leave school today to drive to their house outside of New York City. I should come home for winter break at the end of the week as planned.

It takes days to get the whole story out of her: my father’s slurred speech, the paralysis on his left side, his confused, irrational behavior, his inability to read.

They’re calling it a “brain event,” a compassionate stand-in for stroke. After my sisters and I get the full story, things speed up. Hospital visits, talks with doctors, provisional holiday plans, dazed trips to the grocery store for food no one will eat. Bouts of grief disguised as screaming matches about who moved whose iPod shuffle and why, why in God’s name would someone do that?

The Mayans promised us cataclysmic or transformative events on or around the 21st. The Internet has been rife with apocalypse kitsch and ironic doomsday predictions. Geomagnetic reversal, lava in the streets.

Here in the nosebleed section, it all feels sort of plausible.

Leonard Cohen, at 78, looks strikingly like my dead grandfather. He has a long face, a beaked nose, thin white hair that clings to his skull when he removes his fedora.

Leonard Cohen sings, “There’ll be a breaking of the ancient western code / Your private life will suddenly explode / There’ll be phantoms, there’ll be fires on the road and the white men dancing.”

And the backup singers do a sinister mashed potatoes.

The doctors say his arteries are in fine shape. No extraordinary build up. And yet a piece of something chipped off and went to his brain. Plaque they call it, pronouncing it cheerfully like dental hygienists.

Why, we ask them.

They say, There is no real reason.

Towards the end of the show I say to Josh, “Leonard’s going to die someday, and then what?”

He means Leonard Cohen and Bob Dylan. He means Philip Roth and Lou Reed and our fathers.

He means they will, but not yet.

The show is not quite over. The elderly prophet plays a six-song encore and from up in the cheap seats on down to half court where the Nets throw up Hail Marys right at the buzzer, the people rise to applaud him.

Erin Somers's fiction and non-fiction has appeared in Tin House, Ploughshares, The Hairpin, The Rumpus, and more. 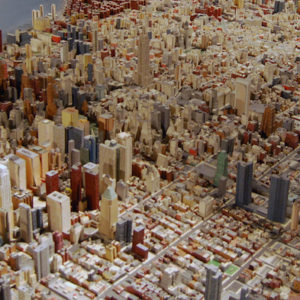