On the Victorian Science and Prejudices Behind Bram Stoker’s Dracula

Like all great plagues, tuberculosis inspired great art, operatic tragedies and literature, including Bram Stoker’s Dracula. Panicked by a mysterious illness ravaging their village, residents of Exeter, Rhode Island, turned to a folk remedy popular at the time: if the heart of a corpse contained blood, it was believed that it showed it was living off the blood and tissue of living family members—that the corpse was preying on the living. As a result, the village exhumed 19-year-old Mercy Brown on January 17, 1892. She would go on to inspire the character of Lucy Westenra in Stoker’s gothic novel.

Before modern medicine, life was unpredictable, brutal, and, by extension, often short. Plagues were common, and the causes behind diseases such as yellow fever, smallpox, and malaria were unknown. What we do not understand, we fear.

In Exeter, people could see that the sickness in the Brown family was contagious. Three deaths in one family could not be a coincidence. They knew that whatever it was, it spread slowly but relentlessly. In this context, it is not difficult to understand why families would go to extreme lengths to find a “cure.”

The exhumation of Mercy Brown did not occur in a vacuum.

With the advantage of hindsight and science, we now under­stand vampire panics as moments in human history when the inexorable power of superstition collided with emerging medical science.

Five years after Mercy Brown’s exhumation, when Bram Stoker published Dracula, the book was more than a horror story. It referenced cutting-edge medical and scientific ideas of the time and wove in emerging technology of the late 19th century, such as photography, telephones, stenographs, and railroads.

Bram Stoker was fascinated by science, especially medical sci­ence. His uncle, William Stoker, was an eminent physician at the Cork Street Fever Hospital in Dublin, one of the most influen­tial organizations studying infectious disease in the Victorian era. Stoker’s older brother, Thornley, was a notable surgeon whose lec­tures on brain surgery appear in the notes for Dracula. Stoker, in Dracula, captured the anxieties people felt about infectious diseases, including blood infections.

It is no coincidence that vampires, like pandemics, seem to come from elsewhere.

Dracula himself is a centuries-old vam­pire and Transylvanian nobleman who is trying to move from Tran­sylvania to England to find new blood and spread the curse of the undead. In London he discovers Lucy Westenra, who is perhaps not coincidentally the same age as Mercy Brown was when she died. Lucy is from a wealthy family, and Stoker’s male-gaze-driven description of Lucy is “beautiful” and “angelic” but “simple-minded,” with a singular ambition of finding a suitor.

She becomes Dracula’s first victim, and he gradually drains the life from her with his vampiric attentions. Over the next month, doctors Abraham Van Helsing and John Seward try everything from blood transfusions to garlic blossoms, but Lucy keeps having “frightful relapses” until she dies.

At the funeral, Van Helsing notices that her canine teeth are longer than he remembered.

Soon after Lucy’s death, there are reports of local children being attacked, all with the same “tiny wound” in the throat. On a hunch, Van Helsing goes to Lucy’s grave only to find the coffin empty. She has risen from the grave, undead, and is feeding on a child. The men note that Lucy’s sweetness has turned to “ada­mantine, heartless cruelty” and her purity to “voluptuous wanton­ness.” To make sure Dracula does not revive her again, her head is chopped off and her mouth stuffed with garlic.

Only then is Lucy finally and permanently dead.

It is no coincidence that vampires, like pandemics, seem to come from elsewhere. Dracula was terrifying to urban London because he came from a remote, mountainous region of Eastern Europe, alien to most citizens of England’s capital metropolis.

It is also not by chance that Dracula arrives in late August or September; that was also the season when cholera or bubonic plague had historically struck in Europe.

Like all aliens, Dracula faced a strong anti-immigrant sentiment.

The count is associated with swarms of rats and other creatures carrying filth and disease. The vampire brings a terrifying illness that thins the blood and corrupts the race. The book decries him as emerging from a “whirlpool” of races, a term Stoker borrows from late-Victorian debates, when it was used to describe the East End of London, home to large numbers of newly arrived Eastern European Jewish migrants who had fled from the pogroms. Their burgeoning numbers, swelling mainly in the slums, were feared to bring physical and moral infections to Britain.

We now under­stand vampire panics as moments in human history when the inexorable power of superstition collided with emerging medical science.

Vampires had been a part of ancient folklore long before Stoker’s novel. English writer John William Polidori’s 1819 short story “The Vampyre” is often credited with kick-starting the genre, something Stoker may have read as a teenager when he spent hours trawling through ancient, often illustrated texts of Irish folklore in Dublin’s Marsh Library. But in Dracula, he gave the phenomenon a twist worthy of the Industrial Age. Dracula is the Romanian word for “son of Dracul,” a word that typically means “dragon” but can also mean “devil.” Stoker’s devil lived in Transylvania and traveled to London via ship and then railroad to reach London before he began ravaging the city. Both the vampire hunters in the novel—John Seward and Abraham Van Helsing—are doctors as well as experts in vampire lore, and they are on a mission to destroy the invader.

During this time, medical and literary opinion were often reflections of each other. Dracula is, essentially, a collection of Victorian-era medical anxieties. It was written at a time when outbreaks ravaging British colonial outposts ended up at the door­steps of the colonizers.

The most devastating example was the cholera pandemic of 1817, which began in faraway Bengal, India.

From India, cholera went to Southeast Asia, the Middle East, and eastern Africa through trade routes. This was the first of sev­eral cholera pandemics to sweep through Asia and Europe during the 19th and 20th centuries. The plague that began near Calcutta traveled the world for twenty years, killing hundreds of thousands. The exact death toll is unknown, but some data is pre­served and suggests how vast the total number of deaths could have been. The British Army alone recorded ten thousand deaths, and the Indonesian island of Java recorded one million people dead. To readers in London, the devil came from the east, as was customary.

Like all aliens, Dracula faced a strong anti-immigrant sentiment.

Through the period of cholera outbreaks, there was ongoing debate in England about how diseases spread, and Dracula cap­tured it perfectly when Stoker used blood infections as an integral element of his plot. In the Victorian era, many diseases that we now understand to be contagious (such as cholera and tuberculo­sis) were considered noncontagious.

In his forward-looking novel, Stoker went against mainstream medical views by building the myth of vampirism on the still-new concept of “infectious diseases”: Dracula transmits the infection with a bite, leaving two puncture wounds, as if a snake had latched on to the neck. His victims are given blood transfusions, another pioneering technique that at the time was regarded as dangerous and experimental—which perhaps explains why Stoker’s descrip­tion of them is vague.

In the book, Seward states that Van Helsing performed the operation “with swiftness, but with absolute method.” Beyond that, the actual task is left to the reader’s imagination. Van Helsing describes Dracula’s limitations and says, “It is said, too, that he can only pass running water at the slack or flood of the tide.” Since dis­ease breeds in stagnant water, it makes sense that Dracula, the per­sonification of disease, saw running water as a hostile environment.

Vampirism was an embodiment of disease.

One detail in the novel is most suggestive of the extent to which Bram Stoker was following contemporary medical think­ing: the idea that a vampire can only rest in soil from the land of its origin.

Vampires need their native earth to survive. Dracula can only rest in a coffin filled with his native Transylvanian soil, which he has shipped from Eastern Europe for that purpose. To thwart him, one simply needs to destroy these boxes, which is what the doctors do in the novel. The doctors research extensively to understand their enemy, eventually isolate him, and eliminate the threat.

Van Helsing and the others locate forty-nine of the fifty boxes of soil transported to England and fill them with Eucharist wafers, supposedly purifying the soil and forcing Dracula to flee to his homeland.

Does it ring a bell?

Van Helsing and Seward are figuratively sterilizing Dracula’s boxes of earth. They isolate the source of the “disease” to prevent transmission. It is good medical practice—but not yet common at the time.

Dracula’s highly sexualized vampires and their fifty shades of red (especially his brides, who freely act on their sexual desires in exact opposition to men and women of the Victorian era) are often credited for capturing the repressed sexuality of the age. Films of the book emphasized these colorful aspects. But the novel did much more: Dracula, more than a century after it was published, remains relevant and provides a rare view of the enduring terror that mysterious infectious diseases had in the era before science. 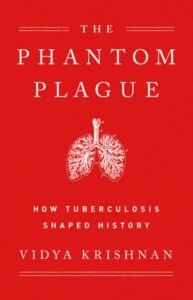 Vidya Krishnan is an award-winning journalist who has been reporting on medical science for the last 20 years. She has written for The Atlantic, The Los Angeles Times, The Hindu (as their health and science editor) and for the British Medical Journal. 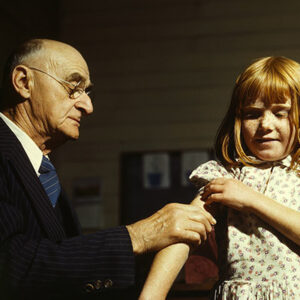