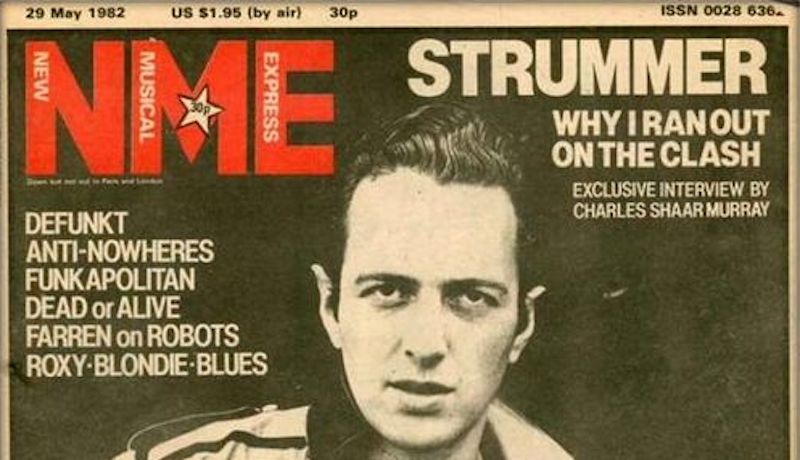 On the Pleasures of Pre-Internet Fandom

I was a fan before I knew what a fan was. As a kid, I listened obsessively to my parents’ records—and then to my own, when I could scrape money together to buy them—and thought long and hard about the Beatles and Elvis Costello and, a little later, the Smiths and Echo and the Bunnymen and a whole deluge of bands I had been too young to hear in their prime. All told, the 1980s were a good time to be a young music fan: there were indie scenes sprouting in cities all over America, and the British music magazines were gorgeous and full of wonderful characters. I spent a lot of money and time poring over The Face and NME and listening to Heaven 17 remixes and Hüsker Dü and I loved it all. I couldn’t get enough.

Besides listening to music, I watched a lot of TV (still do) and I read. It took me a while to figure out I didn’t read like other people. I read a lot, and I’m a completist, meaning once I start on an author’s oeuvre I usually want to read everything. I usually read four or five books at once on various topics, and I like to finish a couple of books a week and always have new books around so I still can maintain my ideal number of books in progress. This meant I spent a good amount of time at the library. I was fortunate in that my town and my school both had good libraries, so I could make my way through all of, say, F. Scott Fitzgerald, Agatha Christie, Jane Austen, and J.D. Salinger, and probably read a couple of biographies or critical books as well about those authors, if I stayed curious. Being a fan involves a certain amount of fantasy, which can be silly or serious, and it didn’t matter if the object of my obsession was alive or dead. Sometimes this feeling becomes romantic, like a crush, but often it’s more along the lines of, “I wonder what it would have been like to get a manicure with X or have drinks with Y.” I longed to know what it would be like to know them.

This, to me, is the essential element of fandom, the meat: curiosity. In order to maintain that level of curiosity about any object of desire, he/she/or they have to stay distant enough to be alluring but also keep you interested. Two recent books about fandom get this essence and capture it well. Former MTV VJ Dave Holmes’s Party of One was sort of a no-brainer for me because I love his writing in Vulture and we are about the same age, so our references jibe. I understand his Dan Fogelberg jokes and his concern for the girl in the Blind Melon video. Kate Coyne’s I’m Your Biggest Fan perfectly captures the feeling I have about so many celebrities—especially TV stars—that if we could just hang out once, we’d be instant friends. My favorite of Coyne’s anecdotes involves her wishing, hoping, dreaming that Mariska Hargitay will invite her over for a game night. There’s a soft echo of rejection in her memory of Mariska laughing and touching her hand, promising, “We’ll play charades!” I’d go to that in a hot second, and I’m terrible at charades.

As I got older my tastes have changed, of course, and so has the world. I would certainly say that my interests have gotten more diverse, and I am, perhaps, less absorbed in them than I was as a younger person. Call it the scourge of adulthood. More significant, though, is the evolution of fandom in the age of the internet. I was always happiest listening to records on my own, or with one or two friends. Until I went to grad school I hadn’t met many people who’d read what I’d read—I’d meet someone every once and a while who liked Puritans (a lifelong passion), or crime fiction, or Geoff Dyer, or Freud, or Gertrude Stein, or any number of writers or topics I’ve blithely thrown myself into. Usually I either scare them away or we become pals.

Being a fan and interacting with other people who like the same thing you like has never been easier, but in the process of finding community I think there has been a loss as well. Now that our arguments and experiences of fandom are public the private aspects of fandom, which I think about as a kind of self-definition, have been diluted. I’m careful about what I endorse (or seem to endorse) on social media: I don’t like groupthink, and I see a lot of it there. I’m also disturbed by the coziness of reviewers and subjects which social media encourages, which I admit I’m a reluctant part of. I do want to figure out a way to be a fan and to disagree or to dislike something, if the time comes when I feel I have to write something negative, without fear of reprisal from trolls.

There is nothing sacred on the internet. Everything is instantly GIFs, Tumblrs, Vines, etc. (And don’t get me started on fanfiction and shipping.) The proliferation of YouTube videos that are simply reactions to people watching the Force Awakens trailer is an example of this: it’s not a tribute or a work of art in itself, it’s just narcissism. A few years ago there was a proliferation of tribute records where bands would each record a song by an artist they admired: that is a new work of art. A reaction video is not.

The internet also opens all kinds of questions about mechanical reproduction and authenticity. I also am a fan of old movies, particularly noir, but on one occasion many years ago now I went with a friend who likes pirate movies to see a ten-part French serial showing at MOMA (don’t ask, we were young and clearly had time to waste). We overheard some older men behind us arguing, and we finally figured out they were discussing which print MOMA was showing of the serial in rather heated tones. One guy insisted it was the print he saw in Buffalo 15 or so years back. Someone else was arguing this one had been brought in from the West Coast. My friend, who is a devoted fan of many obscure things, turned to me and said, “There is always someone who knows more than you do, no matter how much you think you know.” We still laugh about those guys at MOMA, but the lesson is true. No matter how steeped you are in what you love, there is always a bigger fan than you.

Katie Holten on Turning Words and Paragraphs into Whole Forests

Jay-Z and Morrissey, Masters of the Music Memoir 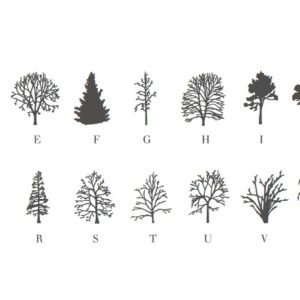 Katie Holten on Turning Words and Paragraphs into Whole Forests

Katie Holten’s tree project is the best example I’ve encountered in recent memory of a simple idea that carries the weight...
© LitHub
Back to top