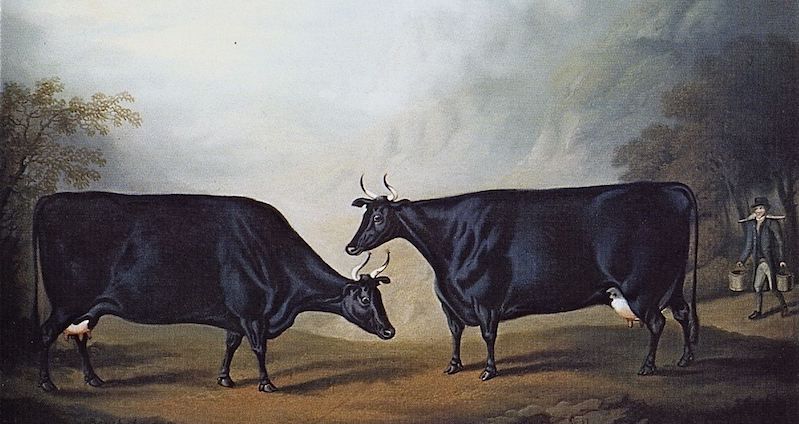 On the Lies We Tell in Fiction

“Will I like it even though I’m a vegetarian?” This is the first question I am always asked about my latest novel The Butchers’ Blessing. Set in 1996, it features a group of eight men known as “the Butchers” who travel around Ireland slaughtering cattle according to a set of folkloric customs. These customs are meant to ward off an ancient curse in which only about 500 people still believe; however, we never actually witness the Butchers in action, so I can confirm that enjoyment of the book in no way depends on dietary requirements or indeed, squeamishness thresholds.

The second, more difficult question I am always asked is whether or not the Butchers are real. In response, I do that slightly annoying thing of answering with another question: “Well, what exactly do you mean by real?” Because aren’t all folktales fabrications? Superstitions passed down and modified through generations? Are you asking whether the Butchers and the curse they heed are any less “true” than the bad luck that comes from walking under a ladder? Or whether proof of their existence resides in some dog-eared old book next to “real life” legends of fairies and banshees?

When pressed on the matter I eventually reveal that, like many things in the novel, I made the Butchers up. People are always shocked—often non-Irish readers have assumed it is part of a niche folklore specific to the Emerald Isle (my British editor, for example, didn’t realize the truth until shortly before publication); Irish readers have also been foxed—the author Colum McCann recently recounted how he spent an entire taxi ride bringing the driver up to speed on the Butchers’ history, only to arrive and have me break the news.

Whatever the nationality, the most surprising emotion I have encountered in response to my “confession” is a sense of hurt or even hostility, as if the reader has somehow deliberately been tricked. This calls into question the fine line between writing fiction and telling lies; between making stories up and actively seeking to deceive.

Perhaps by cleaving so closely to the facts, I was indeed trying to create a tapestry of truth.

The endlessly quotable Stephen King said that “Fiction is a lie. And good fiction is the truth inside the lie,” but I don’t know if it is quite as simple as that. What King didget me thinking about was the differences between genres—how, when readers open the pages of a horror novel, they do not need to believe in murderous clowns or werewolves to be terrified.

Similarly, when I first encountered the work of Garcia Marquez or even Jesmyn Ward’s recent masterpiece Sing, Unburied, Sing, I did not feel as if they were lying to me about the swarms of ghosts or yellow butterflies. Instead, readers of magic realism seem happy enough to suspend their disbelief or, at a stretch, to simply look for metaphors in the fantastical.

The problem is, nothing fantastical actually occurs in The Butchers’ Blessing. The Butchers carry out their rituals (again, off screen) which means the ancient curse never has to come to pass. In many ways it has all the trappings of a realist novel. News headlines, political events and pop culture references from 1996 feature throughout, such that the Butchers’ wanderings match up perfectly with the unfolding Mad Cow Disease crisis; the Atlanta Summer Olympics; the release of the Spice Girls’ debut single “Wannabe.”

Perhaps by cleaving so closely to the facts, I was indeed trying to create a tapestry of truth, to make it seem as if the Butchers were just as much a feature of late-1990s Ireland as IRA car bombs or cinema trips to see Trainspotting and Jerry Maguire.

At this point, I turned to other novels which explore folklore and superstition through an ostensibly realist lens. All three of Andrew Michael Hurley’s books occupy this awkward, in-between territory, not least his astounding debut The Loney. Hurley tells the story of a mute boy whose family makes a pilgrimage every Easter to a shrine on the far-flung British coast (an awkward, in-between territory of its own); here they enact a ritual that will hopefully restore the mute son’s voice.

Once led by the pious Fr. Wilfred and now headed up by the more liberal Fr. McGill, the pilgrimage combines elements of Catholicism with something stranger and more sinister (although, don’t all rituals sound a bit strange and sinister if you have never encountered them before?). As the novel unfolds, tensions and doubts creep in as each character starts to question where they draw the line, what exactly they do and do not believe.

As a reader, I experienced the same struggle—maybe that bit of the ritual sounded like something half-remembered from my First Holy Communion? Does that shrine on the Lancashire coast really exist? Why is Google being so unhelpful?

Turning closer to home, Emma Donoghue’s The Wonder is set in the Irish Midlands in the middle of the 19th century. Eleven-year-old Anna hasn’t eaten for months, but is miraculously still alive, causing those around her to question whether she is some kind of fraud or, perhaps, some kind of saint. The nurse wants to save her; the journalist wants a story; the family want fame and, most of all, fortune; the devout locals want to bask in her God-given glory; the reader wants to know what the hell is really going on.

At the back of the novel, Donoghue admits: “The Wonder is an invented story. However, it was inspired by almost 50 cases of so-called Fasting Girls—hailed for surviving without food for long periods—in the British Isles, Western Europe, and North America, between the 16th and the 20th centuries.” Here is fiction, but also historical precedent. Here is fabrication, but also research. Here again is something awkward, in-between.

There are also those who want to try and create an awkward, in-between territory where readers are forced to wrangle with the very concept of belief itself.

The Butchers’ Blessing isn’t just a novel about wandering cattle men, it is also a novel about family and feminism and Ireland finally becoming a more modern country. For some of the characters, this means money—capitalism and industry and politicians making greedy, underhand deals; for others, this means a (long overdue) separation of church and state—homosexuality is no longer a crime; divorce has been legalized at last.

For some, this sense of progress simply means casting off the old ways—rejecting the archaic superstitions on which they were raised, but which now represent an unwanted hangover from Ireland’s pagan past. So there is a wariness towards the Butchers, which soon turns to open hostility, until eventually it spills over into an act of unspeakable violence (just because I said no cows were harmed in the novel, doesn’t mean the humans are necessarily safe).

This wariness, this hostility, reminds me once again of how some people have felt upon encountering The Butchers’ Blessing. Obviously they know it is a work of imagination, yet they cannot seem to shake the uneasy sense that maybe, just maybe, it could all be true. So they turn to Google—or to me, the author—to put them out of their misery.

“Will I like it even though I’m a vegetarian?”

“Are the Butchers real?”

There may be writers who deliberately set out to tell a lie (or even, a truth inside a lie). There may also be those who simply ask that people suspend their disbelief. But there are also those who want to try and create an awkward, in-between territory where readers are forced to wrangle with the very concept of belief itself, where—just like the characters in the novel—they find themselves questioning the fine line between fiction and faith. 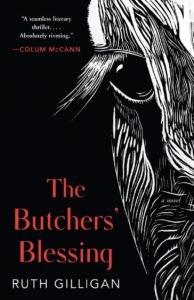 Ruth Gilligan is a graduate of Cambridge and Yale, and now works as a Senior Lecturer in Creative Writing at the University of Birmingham. She contributes regular literary reviews to The Guardian, Los Angeles Review of Books, Irish Independent, and the Times Literary Supplement. 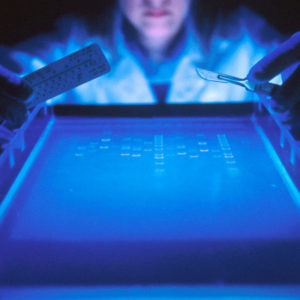