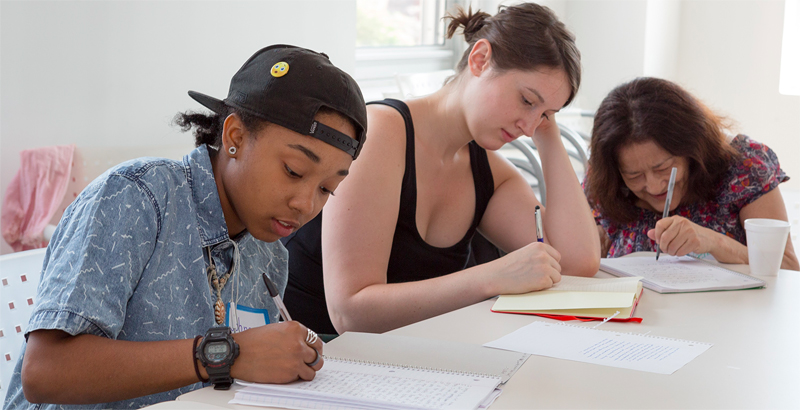 The Writing Workshop That Runs Itself

On the Simple Beauty of the the NY Writers Coalition Workshops

Since it was founded in 2002, NY Writers Coalition has worked with a diverse array of communities within New York City, serving nearly 15,000 participants at 139 sites around the city and hosting and facilitating over 13,000 writing workshops. These free and low-cost workshops are particularly targeted toward underserved people, including youth, seniors, women, LGBTQ+ communities, people living with disabilities, people who are or have been incarcerated, and others from traditionally silenced groups.

On May 19th, NY Writers Coalition is celebrating 15 years of empowering lives with creative writing with a gala honoring Lisa Lucas, Executive Director of the National Book Foundation, Johnny Temple, publisher and Editor-in-Chief of Akashic Books, and Marian Fontana, author of A Widow’s Walk.

Every Monday afternoon, I go to a tucked-away classroom on the second floor of the Brooklyn Public Library and sit around a long table with 20 or so people and write. Anyone can participate: teenagers with battered notebooks full of love poems, retirees ripe with memoirs, new immigrants eager to brush up on their English, homeless people looking for a warm quiet room.

I am, ostensibly, the leader of the workshop—I give the prompts, I provide the paper when someone runs out—but the core group has been together long enough that the participants could run it themselves. There have in fact been Mondays, in the years that we’ve been together, when for one reason or another I’ve missed a session, and the group has carried on merrily without me. They know the rules (no negative comments, treat everything as fiction). They know the sorts of prompts we tend to use (write a piece in which someone has a secret; write a piece without the letter “e”). The workshop has become a driverless car, and though I sit in the driver’s seat, my hands on the wheel, my feet pumping seriously, my role has become largely ceremonial.

Which is just as it should be, because the workshop is in fact a ceremony—a ceremony honoring the merging of a roomful of individuals into a single entity. We begin each session as a gathering no more cohesive than a subway car filled with strangers, all of us preoccupied with our days, shifting in our seats. And we end it—when it goes well—as a 40-limbed, warm-blooded, broad-minded creature: Worskhopus libraria.

The way this happens, when it happens, is a bit mysterious. The guidelines for a New York Writers’ Coalition workshop—they put on workshops like mine all over the city, at hospitals and prisons and senior centers—do not look, at first glance, like the recipe for a sacred union. At the beginning of each session the leader gives a prompt, and, after the requisite grumbling and staring into the middle-distance, the whole group, leader included, spend 15 or 20 minutes in silence, scribbling in their notebooks. Then those who feel like it read what they’ve just written. This takes a bit of boldness on the reader’s part, because the pieces are so new, still red and squalling from the chaos of delivery, that their authors very often have only a general acquaintance with them. Did I really include a sentence from the perspective of the goldfish?

At the end of the piece the author, apprehensive and dry-mouthed, looks up; now it is time for the other workshop members to respond to what they’ve just heard. The responses are only allowed to be positive: what works, what’s beautiful, what’s memorable. And the strange thing about this guideline—which sounds at first suspiciously saccharine—is that it ends up functioning less as a restraint on all the sophisticated, MFA-ish critiques that are endemic to writing workshops than as a lens through which such critiques seem absurdly beside the point. A man who hasn’t written in years lovingly recites a list of the foods he likes to eat on his birthday. Listening to him, aware that your job is to see the beauty in his words, not to think how he could give his list a three-act structure, you end up really seeing the beauty. That roasted sweet potato, which you would ordinarily have passed over without a thought, ends up shimmering like an object in a Wallace Stevens poem: simple, tangible, holy.

And once you’ve listened to a whole workshop’s worth of pieces like this—crisp and witty accounts of life in a homeless shelter, poetic rants about the X-Men, O’Henry-ish short stories miraculously birthed in the time it takes to hardboil an egg—you are shimmering. Because it has become clear that all of us in the room, whether we’re working on a story about a love triangle in Trinidad or a poem about a barbershop in Bensonhurst, are in fact engaged in the same collective endeavor. We are all looking out at the world, the things we’ve experienced and the things we’ve imagined, and doing our best, with the hilariously inadequate tools of 26 letters and a handful of punctuation marks, to capture it on paper. Our subjects, our backgrounds, our appearances, our voices—these are just the brand names on the light bulbs that are, for this couple of hours, joining to create a single illuminating glow.

And then we pack up our pens, push back our chairs, and go about our weeks. Which is not to say that the workshop ends. Because when you’ve written with a group as diverse, in every sense, as the one that gathers in the library on Monday afternoons, it becomes impossible to encounter anyone who you couldn’t imagine walking through the door and taking a seat. Draw a circle anywhere—around the line at the ATM, around the nearest dozen cars in a traffic jam—and you’ve got yourself a virtual workshop. I’m going to give a prompt, you imagine yourself saying, and all around you faces turn expectant, pencils hover over paper, secrets and hopes and fears flutter to the surface. Write a piece involving an animal. Write a piece in which someone is surprised. We purse our lips. We nod. And together, in silence, we write.

Ben Dolnick's writing has appeared in GQ, The New York Times, and on NPR. He is the author of four novels, including The Ghost Notebooks, coming from Penguin-Random House in 2018. 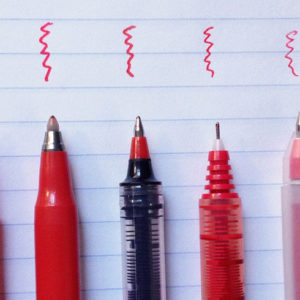 “I love how you don’t care what anyone thinks about you—even your husband!” a young woman, calling herself a fan,...
© LitHub
Back to top